Yield App’s emergence into the DeFi world was aimed at bringing the most productive earnings offering to investors with as little as $100.

Yield App, a decentralized finance (DeFi) yield-bearing engine that prides itself as the official digital asset wealth management partner of premier league football club West Ham United has launched its platform’s Version 2 (V2). Per a press release shared with Coinspeaker, the emergence of the Yield App V2 heralded a number of detailed features and changes, all built to improve the overall experiences for all the users of the platform. 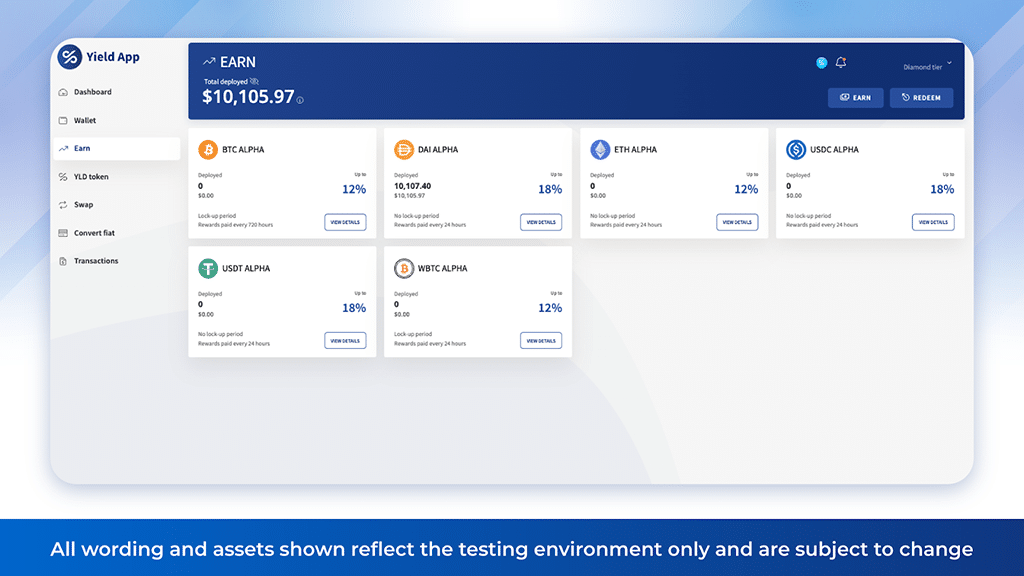 For a platform launched over 11 months ago, the recorded growth traction has brought the necessity for a comprehensive protocol improvement, one that is now fully embodied in the newly released V2.

Yield App’s emergence into the DeFi world was aimed at bringing the most productive earnings offering to investors with as little as $100. On the more visible end, the V2 launch brought about the redesign of the platform interface which now comes with a more unique appeal. The new version of the Yield App engine is also infused with better security, with room to integrate more applications in the near future.

Staked YLD (from 1,000 YLD) can earn up to 6% per year, depending on a user’s Tier level, while locked YLD (also for balances above 1,000 YLD) earns a flat rate of 12% a year. As a way to incentivize its community for their support towards the launch of the V2 version, Yield App is offering 20% APY on locked YLD over 12 months for users that lock their tokens between the launch of V2 on January 18 and March 1, 2022.

For users or investors who choose to take their earnings reward in YLD, their earnings rate will be notably boosted by 2% on an annualized basis. This incentive was integrated into the V2 to make the YLD token accrue more value moving forward. As a way to give users a more equitable reward for their respective investments, the Yield App platform has now transitioned into a 4-tier system including Bronze, Silver, Gold, and Diamond. Each of these tiers comes with its own unique rates and benefits. 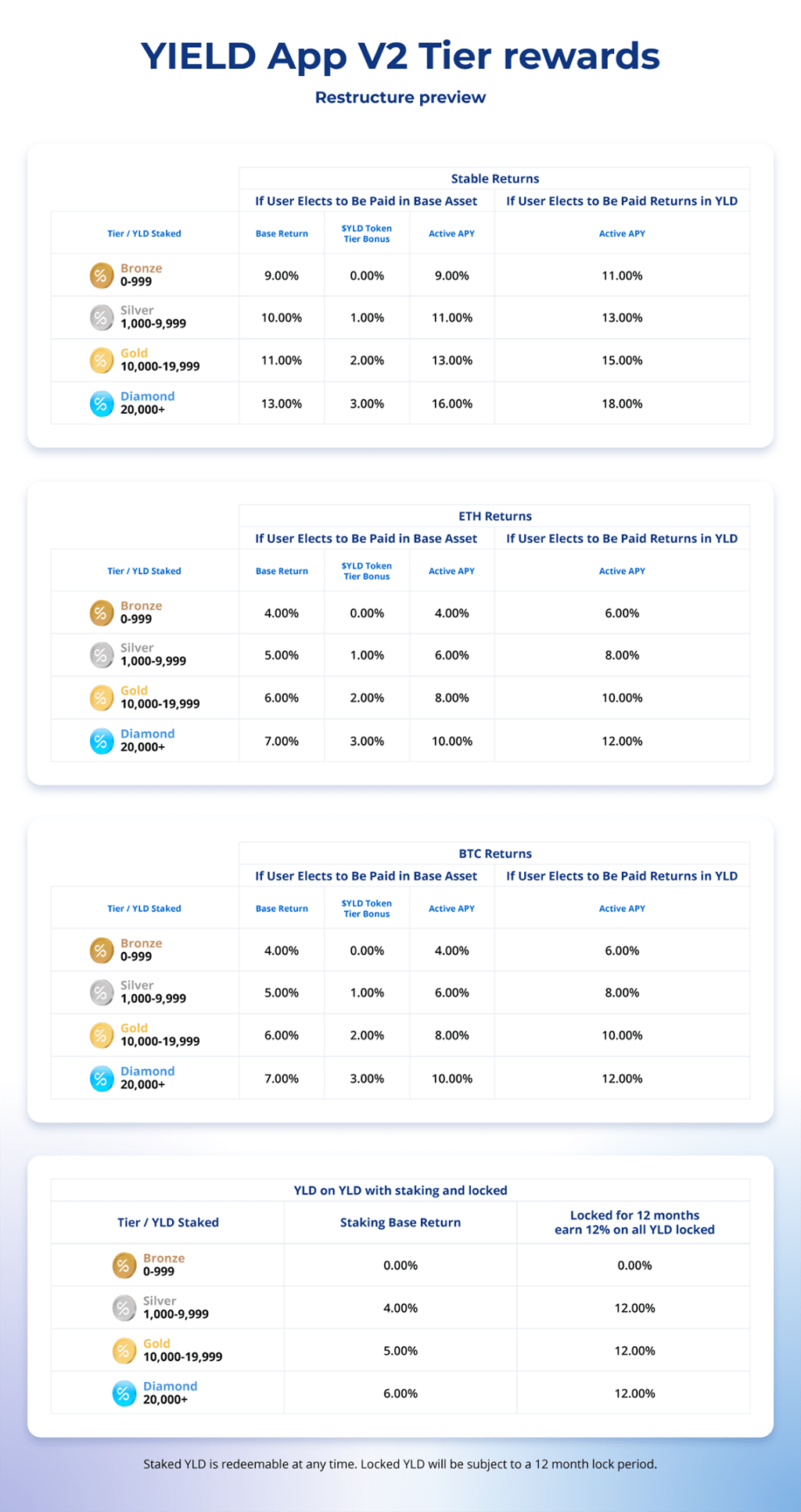 The V2 engine is now also integrated with the ability for users to swap their tokens on the platform. For this feature, Yield App currently supports stablecoins USDT, USDC, and DAI, as well as Ether (ETH) and Bitcoin (BTC).

The Yield App V2 engine has also introduced enhanced security and reporting capabilities amongst others. For the new security provisions, Yield App is now equipped with an automatic logout feature, the ability to whitelist trusted addresses, and more robust two-factor authentication. Additionally, users can now download a report of their digital asset investments and overall activities on the Yield App platform. Time, IP addresses, and location of each transaction are amongst the details that will be contained in the reports generated.

With the recent V2 upgrades to its protocol, the Yield App’s ecosystem is ready to throw its gauntlet in readiness for a massive DeFi takeover. The community is arguably excited about the inherent opportunities these changes will bring, and this is evident in the current performance of YLD which is up 23.64% in the past 2 weeks according to data from Coingecko.

Here’s a detailed overview of all the new and exciting features of Yield App V2.

Yield App’s mobile app for iOS and Android makes earning on crypto simpler than ever before.

Digital wealth platform launches program allowing customers to earn up to 1,000 YLD together with their friends.