CEO of commerce corporation Amazon Jeff Bezos has lost his position as the richest person on the planet. Who is the new wealthiest man?

Less than 4 months ago, the readers of Forbes magazine were able to see Bernard Arnault having 102 billion. Back then, the man told that he’s small compared to Microsoft. However, today Bernard has 7 billion dollars more than Bill Gates himself. Bill is the third biggest money owner on the planet. And the second one is Jeff Bezos. Yes, he has again lost his status of the richest person of the planet, this time not to Gates but to Arnault.

And one only can wonder what those rich people do with their money when nobody’s watching. Maybe, they dive in like Scrooge McDuck does in his vault in the old cartoon from our childhood.

Kendo, the beauty company owned by Bernard Arnault, has acquired the last pieces of Kat Von D. The LVMH had also bought a very large, ultra-luxurious gem a size of a tennis ball. Imagine your wife’s face while she holds such a diamond – unforgettable, uh? We bet any man wants to own such things too, don’t lie to yourselves. Magically different, babe. 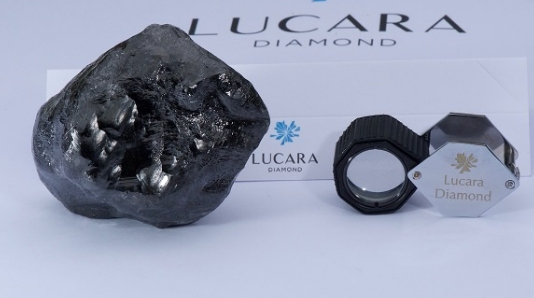 The 1,758 carat stone was provided by Lucara Diamond Corporation. And while the stone is hitting your imagination, consider that guys from LVMH also made a $16.2 billion bid on the glorious Tiffany & Co. Jewelry store. The shareholders will give their final word whether they want to sell the company or not. During the voting that will take place on 4 February 2020.

On Friday, Jeff Bezos finished his business trip to the country.

Why is he sending money to India? Jeff is pledging 1 billion dollars to help local businesses cope with the digitization requirements of the time. He wants to support small and middle businesses too.

Bezos expects to see his investment creating more than one million jobs for the precious Indians. This is a five years prediction, while the two richest persons of the world continue aristocratic competition. Bill Gates, as the third biggest pocket, is serving as the guard keeper, preserving the place of the third richest man for someone special, but moving from below. For someone, who hasn’t yet emerged.

Big people – big losses, and Bezos had lost $761 million during trades, proving he is not the exception. Although, he doesn’t lose passion and wants to invest in the country which is in the club with Ukraine, Canada, and the U.S. India is famous for its programming talents. Steve Jobs had Indian roots, and many of the successful tech startups in San Francisco, New York or London always appear to have at least one smart Indian on a leading role in the team.

In India, you can find the densest cow population on Earth. Because cow poop in India has some hallucinogenic mushrooms growing on it under certain conditions, the Indians preserve cow as the holy beast so you won’t find the cow meat in a restaurant. This and one thousand million more interesting cultural aspects led the business shark to come to look at the mysterious country of India. Ever read Shantaram by Gregory David Roberts? One of the best books to dive deeply into the inner soul of everyday Indian life.

Bill Gates recently said Elon Musk looking to colonize Mars does not paint him in the best philanthropic light.

Amazon anticipates net sales to come in between $121.0 billion and $126.0 billion, which will represent a growth of between 4% and 8% compared with the first quarter of 2022.

The investor letter came as the Peloton CEO celebrated his first-year anniversary at the company.