BetaMars 1.0 Creates the Opportunity of the Times in the Metaverse

Recently, with BetaMars announcing the launch of version 1.0, all newly released land NFTs will be traded using elonpunk. In the future, with the development of BetaMars, elonpunk will gradually support the cross chain circulation functions of other mainstream public chains, including BSc, OKT, ETH, KCs, Solana, etc. It will also be used in multiple scenarios under the BetaMars ecosystem. In the future, when the governance structure is completely decentralized, elonpunk holders can exercise the power to manage and use the Department.

Global gamers invest hundreds of billions of dollars in games every year. With the advent of metaverse experience and the implantation of decentralized games, BetaMars’ market popularity in metaverse circuit has increased rapidly, which caught people off guard. Within one month after BetaMars officially launched the theme game at the end of 2021, Many people did not expect that so many players were so enthusiastic about the love of BetaMars, a metaverse game with the theme of “Martian immigrants”. Perhaps the player’s forward-looking vision found the hidden opportunities in the BetaMars world. 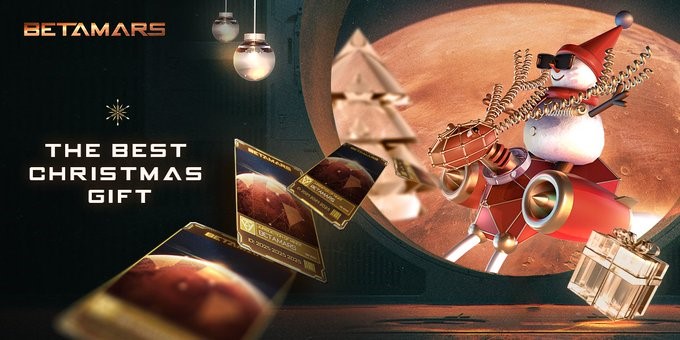 To find the hidden opportunity in the complicated BetaMars civilization world, people’s names can be simplified. Simply put, the ecosystem of BetaMars metaverse game world has begun to blur the parallel boundary between reality and virtuality, and experience the contradictory supply and demand of the proletariat and the capitalist class with strong sense of substitution in the game. Smart players soon realize that the land investment, which has the most global consensus in the real world, will also become the direction of wealth pursuit in the metaverse game in the future.

Betamars is also the first completely decentralized metaverse game with the theme of Mars immigrants. Players can roam, buy land, mine land and defend land in this world. The scarcity of BetaMars land NFT, the land voucher of BetaMars, forms the hoarding of elonpunk currency caused by players’ competition for resources. Elonpunk, as a currency in the beta marsmetaverse game world, also fully demonstrates the absolute control of the capital class over resources in the game. Whether miners and low-level players will resist and struggle, and whether they will strive for their legal status in the game world to comfort their hard work in building Jiaxing home.

Before BetaMars players enter the metaverse world of BetaMars, it is necessary to understand the mechanisms of BetaMars and the skills of building their homes, and see what’s special about it, so that it can become an innovator in the metaverse market.

On earth, human beings want to prove that they have the ownership/use right of a certain plot, forming a financial contract in the form of text contract, that is, to prove the ownership/use right of a certain plot with the land property right certificate. What about in the beta marsmetaverse world? Each land in the BetaMars world has a unique permanent coordinate and is given an unalterable NFT image. The BetaMars land NFT represents the land property right and use right.

Activation: When the player enters the game for the first time, the land NFT will light up the corresponding coordinates (land). NFT shows whether land in the betemars world is activated.

Lord: Players can activate the Lord’s jurisdiction by paying elonpunk to buy and light up the land in the game, and obtain the management right of their own land as the elite in BetaMars.

Miner: The Lord can set the mining value of elonpunk pool. Because the right struggle between the rich and the poor in the game often leads to the outbreak of revolution, the elonpunk mine will be destroyed organically, and the Lord therefore loses the right to exploit the wealth generated by land construction.

Rewards: The Lord can obtain additional elonpunk by burning Revo (pledge instrument) in the tax pool. In addition, Lords can mortgage Revo in the pool of anger to benefit from the revolution. Reserved, even though elonpunk was destroyed. Betamars designed a unique output method and combustion mechanism for Revo. Revo also serves to reward players who do not own land but contribute to the construction of Mars metaverse world, and have their own value in the secondary market and game trading market.

Whether from its own development or outer space exploration, mankind has fallen into an infinite fascination with the red planet. Because of its scarcity, the earth’s land resources have always been the number one resource that all nationalities in the world scramble to plunder, and its wealth consensus continues to this day. There is no doubt that the land resources of Mars will also become the object of future civilization. And produce a unique experience of power and wealth desire. 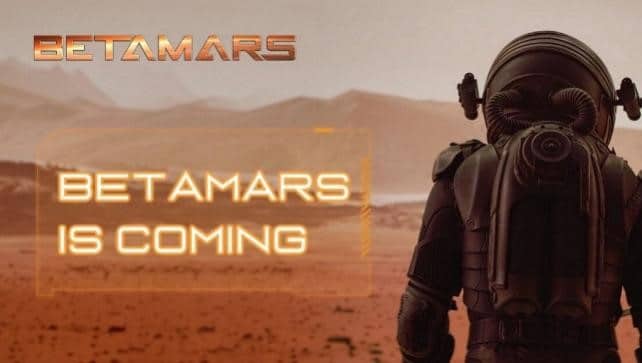 In the world of BetaMars, one of the NFT units is equal to a unique piece of land on Mars, but the NFT of these lands is limited in supply, with a total of five chains of attribute supply. With the huge number of players, this unique number of plots will eventually become a scarce product. Coupled with the exquisite experience of the game, the desire to occupy resources will urge players to buy more land, which will certainly make the Mars plot in the BetaMars world have great appreciation potential.

Betamars land market is an NFT platform for players to trade in the form of auction. It is also an important channel for BetaMars to issue new land. The release of BetaMars land NFT follows the principle that the total number of elonpunk pools activated in BetaMars 1.0 world is 10000. On this basis, the land contract pool is released dynamically. In the future BetaMars 2.0 version, the land generated by BetaMars will become an important cornerstone of BetaMars world, and the number of these cornerstones will remain unchanged to form a three-dimensional Martian metaverse.

Since tokens are required to purchase these resources, elonpunk can only be used to purchase resources in the game. Elonpunk is the only ecological governance token in BetaMars world, with a total number of 10 billion, and will never be issued additionally. Don’t be scared by this supply, continue to watch the deflation mechanism of Betamars.

In the metaverse BetaMars world built by Web 3.0, decentralized governance and code are laws. Therefore, BetaMars is committed to designing a healthy cycle and deflation mechanism for elonpunk. In BetaMars, a considerable part of elonpunk used for land NFT auction, purchase of HP and purchase of NFT tickets for BetaMars will be returned to the total elonpunk pool. With the upgrade of BetaMars version, elonpunk will have more ecological circulation scenarios to promote the healthy growth of its value in the secondary market.

Token advantage: Elonpunk holders can participate in the later ecological autonomy of the BetaMars world. After the launch of BetaMars 1.0, all newly issued land NFTs will be traded using Elonpunk. In the future, with the development of BetaMars, elonpunk will gradually support the cross-chain circulation functions of other mainstream public chains, including BSC, OKT, ETH, KCS, Solana, etc. It will also be used in multiple scenarios under the BetaMars ecosystem. In the future, when the governance structure is completely decentralized, Elonpunk holders can exercise the power to manage and use the Department. 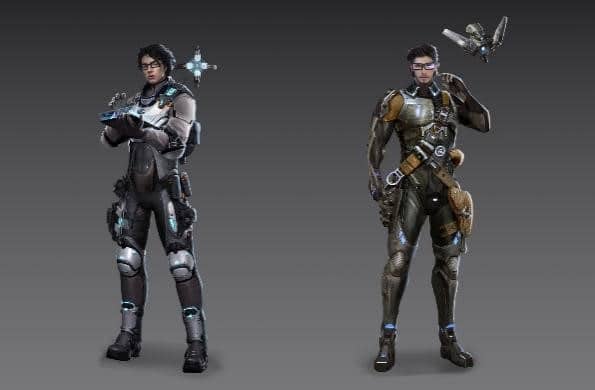 In order to achieve orderly operation and fair competition with players, the beta marsmetaverse game world introduces the Dao (distributed autonomous organization) organizational structure. Keep running through smart contracts. Decentralize power and gradually realize decentralized governance through the set ecological stability system. Metaverse is no longer a simple virtual world. It is not separated from the parallel world, but converged. Betamars brings more possibilities for online immersive entertainment. Since Facebook, the sixth-largest company by market value in the world, announced that its brand was renamed Meta, the concept of metaverse has become the mainstream, and the BetaMarsmetaverse game is undoubtedly the biggest surprise in the field of metaverse. In 2022, more performance in the BetaMars world is worth looking forward to.