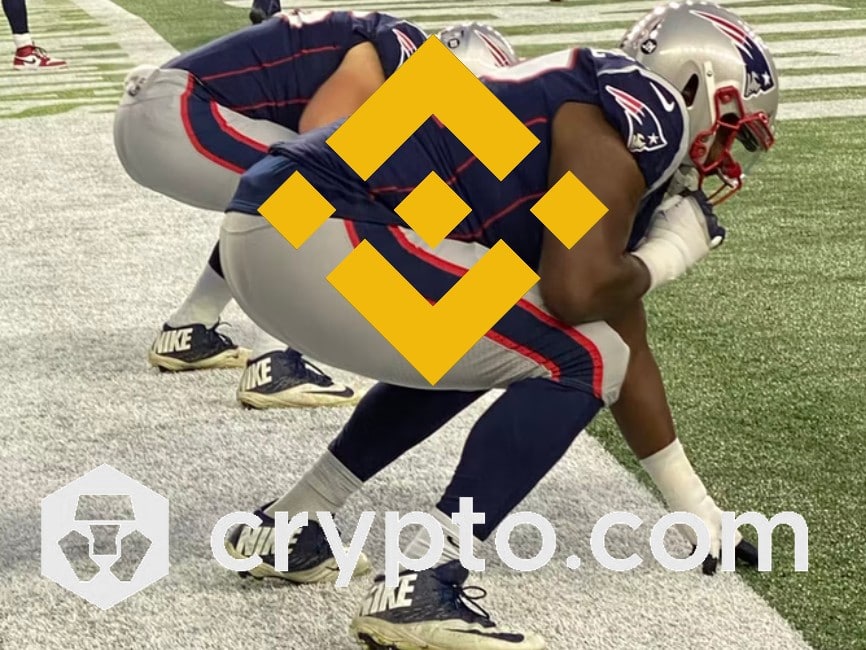 The largest trend in crypto right now has nothing to do with Bitcoin or even Bored Apes. It is cryptocurrency exchanges that are accumulating sports deals and athlete endorsements. This is expected to reach a climax on February 13 during the Super Bowl, the most viewed television event in the United States each year.

Both Crypto.com and FTX have secured celebrity sponsors and paid millions of dollars for commercial space throughout the game.

Having big names attached to cryptocurrency seems to be an effective strategy for success in the world of decentralised finance. HUH Token (HUH) recently had a successful viral social media campaign that involved some well-established influencers.

Binance, on the other hand, is sitting this one out.

On February 13, you will probably hear some of the top sports stars advertising cryptocurrency. Binance has expressed online mild concern about this, suggesting that individuals should take responsibility and do their own research.

Binance has long been the leading cryptocurrency exchange by volume, but the maturing of the cryptocurrency market, along with concentrated promotional efforts, has put its winning record in jeopardy.

Throughout 2021, its main competitors were preoccupied with sports collaborations and sponsorship arrangements.

To name a few deals, FTX purchased the rights to rename the Miami Heat Arena after itself and signed NFL legend Tom Brady and NBA sharpshooter Steph Curry as brand ambassadors, Crypto.com sponsored the UFC and obtained the naming rights to the Los Angeles Lakers and Clippers’ arenas, and Coinbase plastered its name on NBA flooring.

Binance has generally shunned the athlete and celebrity endorsement model, however it has lately courted Spanish star Andrés Iniesta and sponsored the Africa Cup of Nations football event.

So far, the no-frills approach has been effective.

Taking into consideration; volume, liquidity, cybersecurity measures and size and according to the most current data, Binance owns 62 percent of the spot trading volume among the top five exchanges on CoinMarketCap.

As recently as November, the sports-centric strategy of its rivals looked to be paying off, as Binance’s share of transaction volume dropped to 45 percent.

And the strategy may yet yield a result.

The Super Bowl drew around 100 million viewers in the United States in 2021, despite the fact that it was a low year owing to COVID; the figure generally goes near 150 million people.

With recent studies indicating that less than 20% of Americans have invested in crypto, a Super Bowl commercial may bring in a large number of viewers.

As previously mentioned another, newer, cryptocurrency named HUH Token, was released recently last year. HUH claims to be setting itself up for being the social media platform for decentralised finance and web3.0.

When it launched, it saw significant success with over 3500% increase in less than 5 days. As the market entered it’s bearish sentiment, this crypto was also caught in it. However, on January 26 HUH Token displayed an impressive marketing capability with hundreds of influencers, some with over one million followers, posting about HUH on Instagram and Twitter.

This display caused a green candle on the chart of a 50% increase and HUH Token claimed that this was just a small display of their full potential. They will be releasing a social media platform to help innovate their social influencer onboarding next month.

Take care with your money, and only invest what you can afford to lose in this environment. Trust your own decisions. This article is for entertainment and educational purposes only and is not financial advice.