This Monday, January 11, will be remembered by the many. Bitcoin dropped nearly 20% as the US Dollar gained amid rising US Bond yields.

Bitcoin was not able to take over the rock-solid $42K resistance, and after a short steady period, bears took over and Bitcoin witnessed one of the heaviest drops. The US Dollar was able to add up 0.60% to its value today, causing several other assets traded against the USD to lose in value. Despite developments in the US, rising Covid cases, US Indices drop, rising Volatility Index, both Gold and Bitcoin were giving up grounds against the US Dollar.

Some investors and traders were waiting for this correction, as the Bitcoin’s latest uptrend was weaker, despite the breaking of ATHs. The only question was where the correction is going to end and accounting for the levels and diagonals we have in this analysis, it looks like the correction just ended. 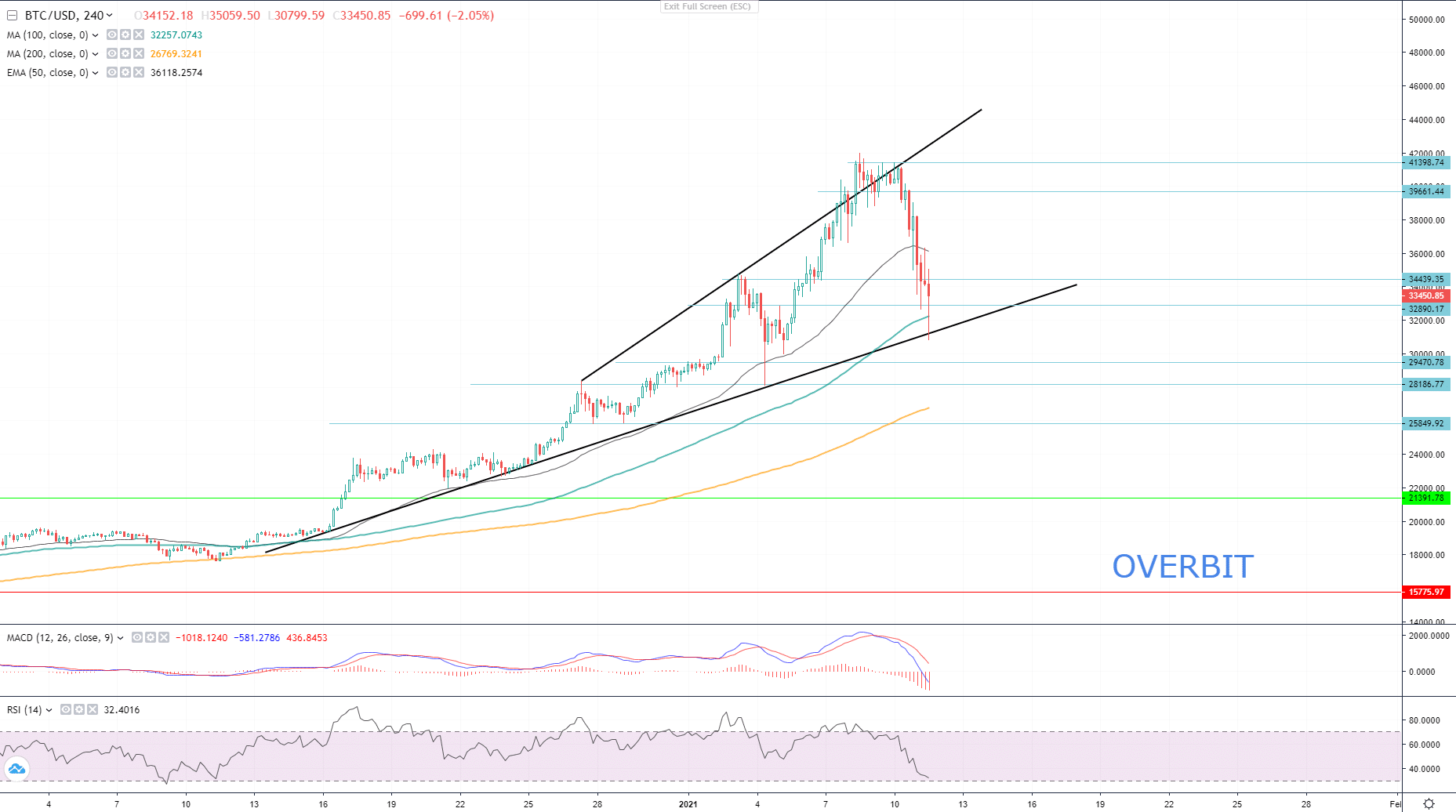 As seen on a 4Hour chart of BTC/USD the price tested the dynamic resistance of December 11 – 15, 2020 as a support. The previous similar test on January 4 this year with a high lower wick of the candle, signalled a bullish uptrend of Bitcoin. The uptrend is supported by the RSI and MA100, although MACD indicators MACD and signal line are yet far from each other. 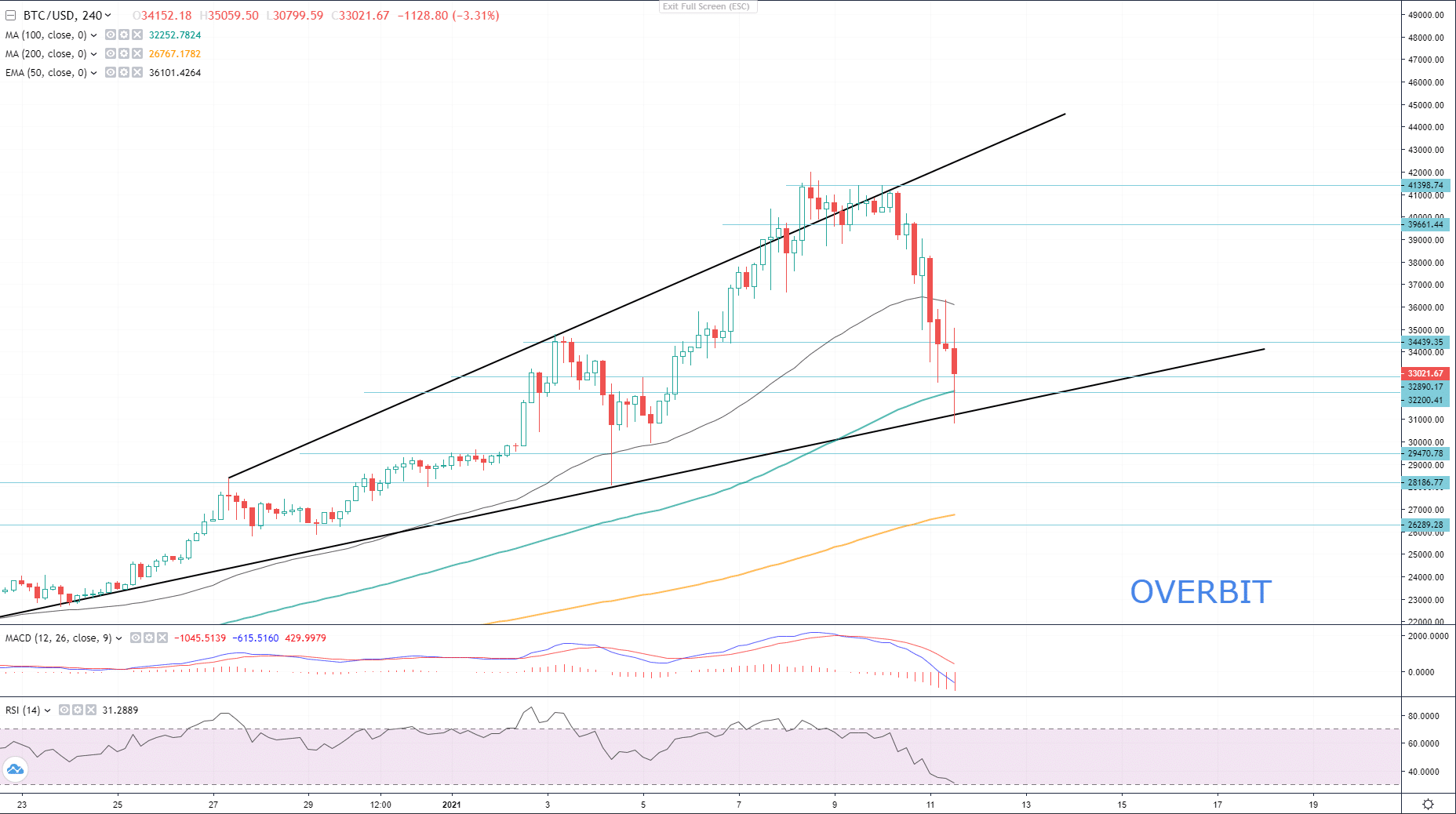 These are the levels to watch when trading Bitcoin. Currently the pair is consolidating between EMA50 and MA100 and the price is above the two important static supports $32 900 and $32 200, and if bears are able to push the price below these levels, Bitcoin will probably drop down to $29 470 and $28 186 below that. The bullish sentiment will only be confirmed if Bitcoin closes above $34 440. The uptrend might be supported by an appreciation of Bakkts merger, which will help the exchange to get listed on NYSE and the weak US CPI data released this week, as well as the continuing spread of the Covid-19 and its new variance, which forces countries to get back to last years restrictions.