The Bitcoin network is arguably getting stronger as on-chain data suggests.

According to data from Blockchain.com, the Bitcoin network attained a new All-Time High (ATH)  mining difficulty of 19.79T, a significant upshoot from the 13.673T recorded by the Bitcoin protocol when the difficulty slumped back in August last year. 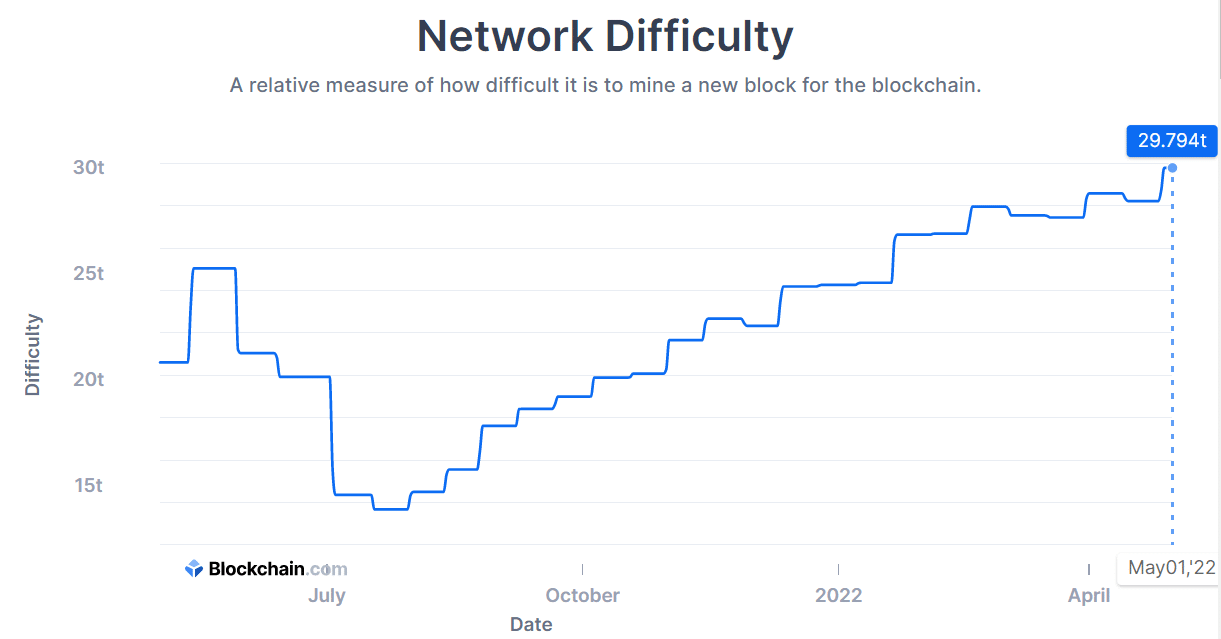 In contrast to the Bitcoin Network difficulty, the protocol saw a drop in the Total Hashrate which dipped below the 220 EH/s mark as of the 1st of May. The declining hashrate did not impact the mining difficulty by any significant margin.

However, the fundamentals behind the Bitcoin difficulty which is generally expected to stir investor’s interests seem absent over the weekend as the price of the cryptocurrency responded to a more negative review that came from Warren Buffett and Charlie Munger at the Berkshire Hathaway Inc (NYSE: BRK.A) Annual Shareholders Meeting held last Saturday. The two veterans condemned Bitcoin yet again, sending prices down to as low as $37,585.79 on Sunday.

The Bitcoin network has notably recorded a worse attack from regulators in the past. The slump recorded in the second half of last year was stirred by a ban in the Chinese mining ecosystem which pulled all miners away from the country. With the complete migration of the miners who took out residence in the United States, Kazakhstan, and Russia among others. Since stability returned to the ecosystem, the corresponding impact has been seen all around in the continuous uptrend of the Bitcoin network difficulty.

The mining difficulty is a metric that showcases other good sides of the protocol as the Bitcoin network is becoming more usable as the average gas fee dipped to its All-Time Low (ATL) point of $1.039 on April 18. The ATL comes as a significant drop from the $62.788 that was recorded exactly about a year ago.

While there has continued to be whale accumulation in Bitcoin, several network data show the digital currency is also growing per its popularity amongst small-scaled retail investors. As miners jostled to get a share of the remaining 2 million minable BTC left, more computers will be plugged into the network which will, in turn, stir an adjustment in the protocol’s difficulty level which is billed to continue growing into the foreseeable future.