On Thursday, January 23rd, Bitcoin is declining. At the current moment, Bitcoin price has gone below $8,500.

On W1, the Bitcoin quotations return to the previously broken resistance level of 50.0% Fibo. Such a pullback should be interpreted as short-term, meant just for testing the positions taken from above. In the mid-term, the quotations are growing to the resistance line of long scale at $11500.00. 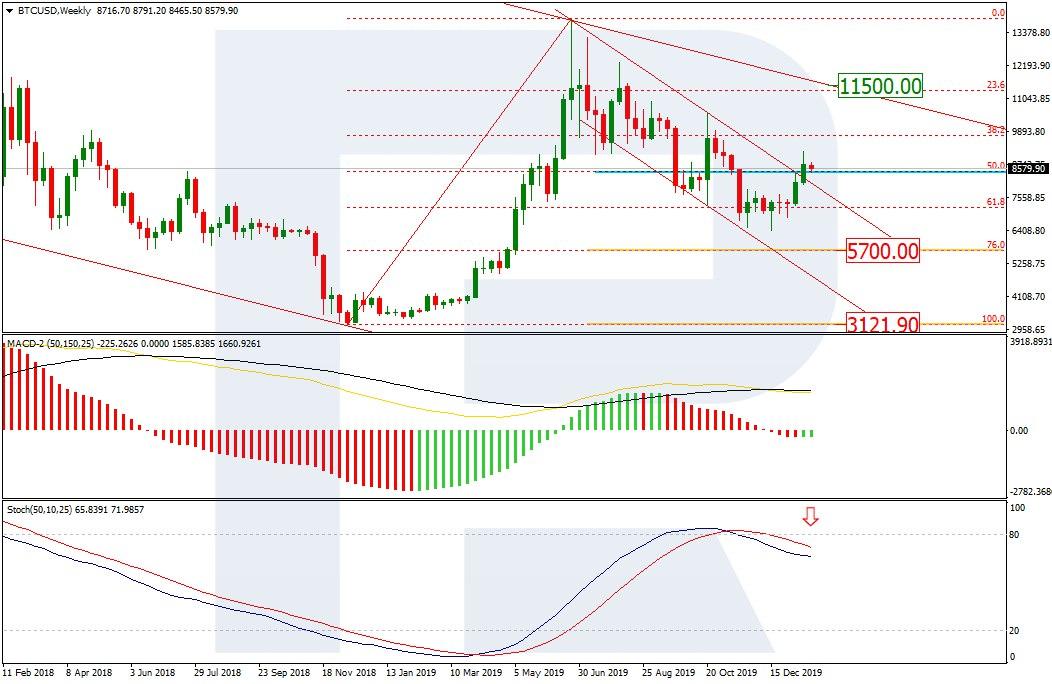 On D1, the Bitcoin price is declining to the previously broken resistance level of the short-term channel of growth. This situation means the beginning of testing and the stable development of the beginning correction. The main goal of testing is the support area near $7800.00. After a pullback testing, there may follow an impulse of growth to the short-term goal at the level of $9800.00. 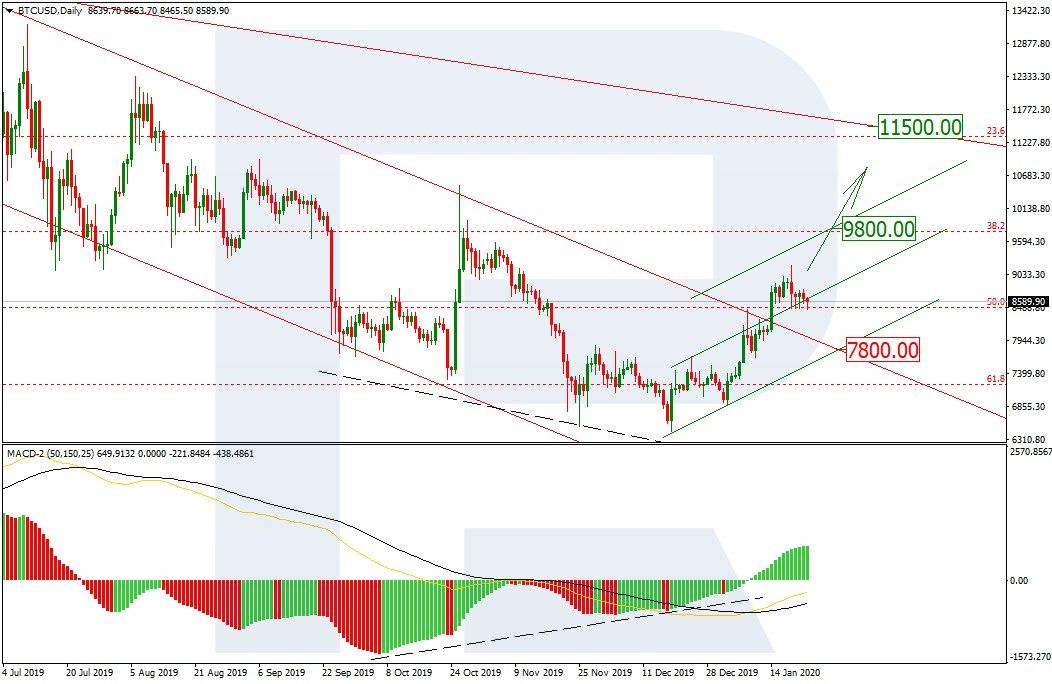 On H4, there is a correction phase after a wave of growth and divergence on the Stochastic. The quotations are declining to the support level 23.6% ($8182.30) Fibo but the correction may extend to $7791.80. 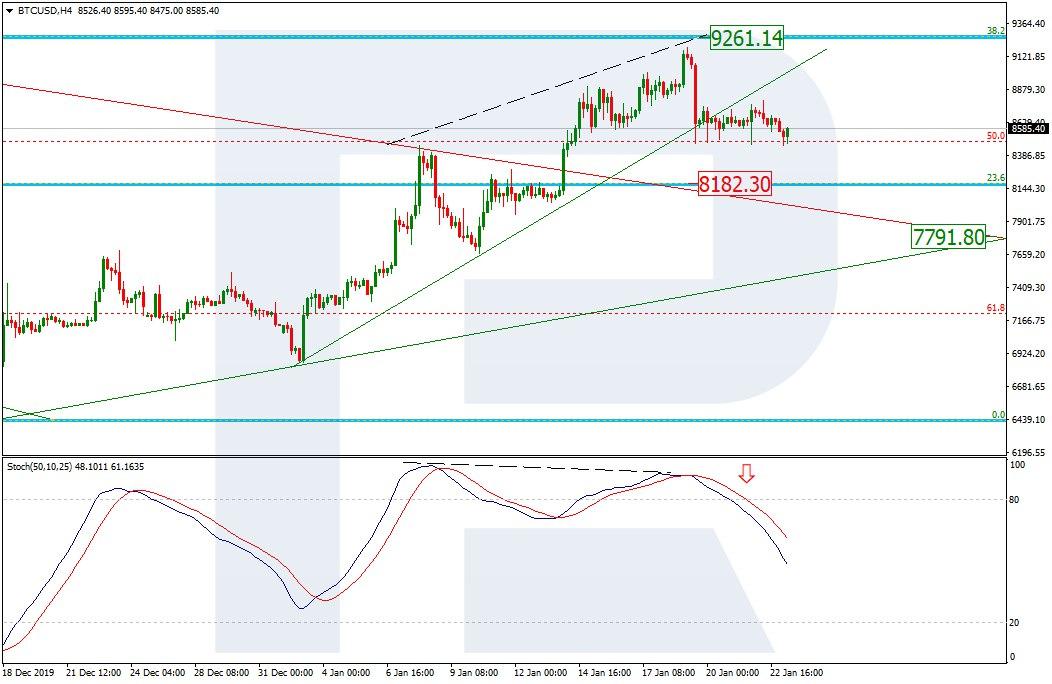 Last year, the Bitcoin miners earned some $5 billion, mining the cryptocurrency. Around $4.89 billion from this sum was rewards for mined blocks. Until May 2020, the reward will remain without change as 12.5 BTC per each block. Later, after the halving, the sum will decrease two times to 6.25 BTC per block.

As commissions for mining, no less than $146 million was received in 2019.

Simultaneously, we can see that the income from mining is decreasing smoothly. Say, in 2018 BTC miners earned $5.26 billion. In 2017, on the contrary, the income was lower, amounting to $3.19 billion.

In the middle of January 2020, in the Bitcoin network there was carried out a transaction amounting to 124,946 BTC, or $1.1 billion. The name of the transh owner remains unknown. On the market, they say that the commission for such a transaction was no more than $83.

It is noted that the transaction could be explained by simple transferring of money from one wallet to another. Last year, such operations took place, first they seemed to be an attempt of hacking certain accounts and wallets, but later the version was rejected.

This is the appeal and the strong side of crypto transactions, as they say on the platform — it is virtually impossible to track the volumes of finance.