On W1, the Bitcoin is developing another impulse of decline inside the renewed channel. It seems that the market participants are playing the last quick growth, balancing the price. It might be that we will not see any new impulse of growth until the minimum is renewed. The bearish behavior of the price is aimed at 61.8% ($7230.00) and 76.0% (5700.00) Fibo. However, the main aim of the decline will be the key minimum of $3121.90.

On the MACD, the histogram remains in the red area, while the Stochastic has formed a Black Cross in the overbought area. The two signals indicate bearish dominance on the market. 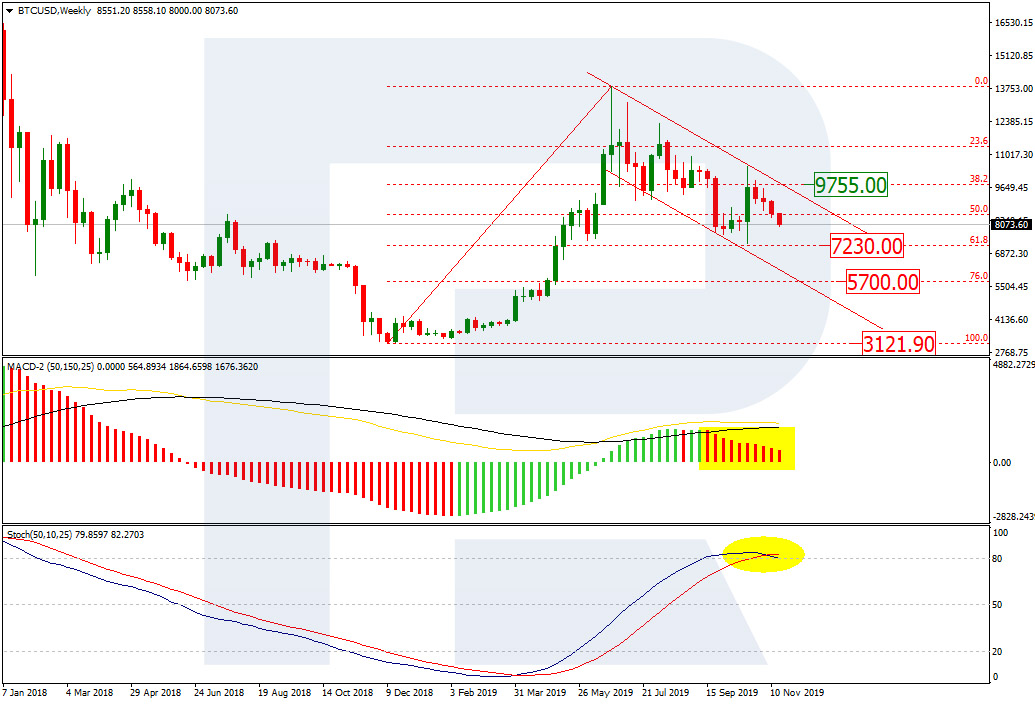 On D1, BTC/USD demonstrates a more detailed picture of an impulse of decline forming in the actualized channel. Regardless of the previous convergence, the MACD shows the development of a new red area, while its lines have entered the negative area. The overall tech picture suggests reaching $7230.00 and $5700.00 for sure, with the local barrier at the minimum $7302.00. The resistance is near $9755.00. 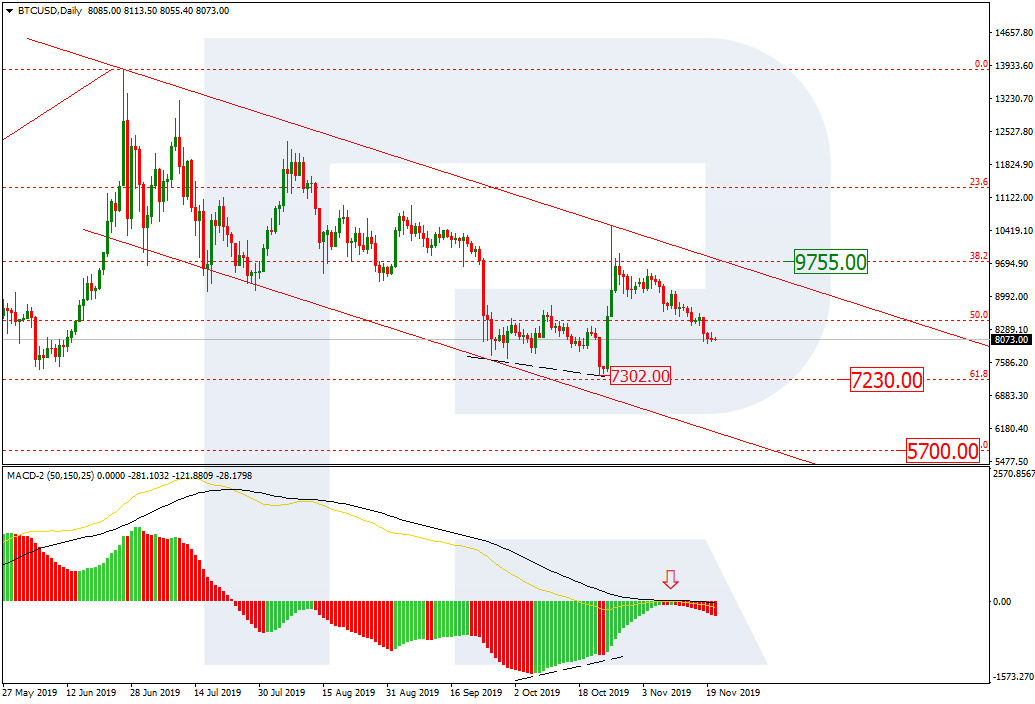 On H4, the channel of the short-term downtrend can be seen in detail. The nearest aim of the decline is at the support line at $7705.00. However, attention should be paid to the Stochastic that has stuck in the overbought area. On the one hand, this signifies the stability of the current trend, on the other — reveals the possibility of a reversal at any moment. The initial signal of the reversal will be a Gold Cross on the indicator, and then the growth of the price and the oscillator lines will fix and confirm it. A breakout of the local resistance near $8370.00 will open a pathway to the resistance line of the mid-term channel. 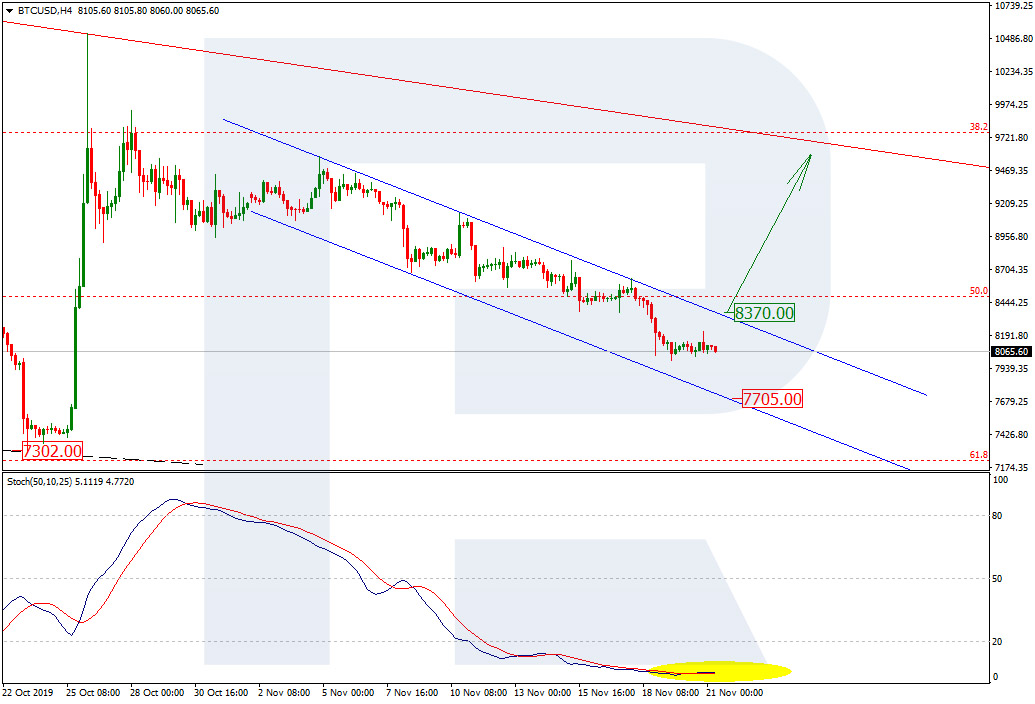 The decline of the hashrate indicates that there are becoming fewer miners in the Bitcoin network; they stop mining the leading cryptocurrency. In the future, this may provoke a serious slump of the exchange rate: Cole Garner, an independent analyst, reminds of the same situation leading to a slide-like decline of the BTC.

As long as the exchange rate keeps declining, mining the BTC becomes less and less profitable and efficient. Earlier, it was said that if the BTC fell below $8000.00, its mining might become a losing enterprise. We may not neglect the probability that a new declining wave will provoke the users to sell more coins.

According to the head of Silvergate Alan Lane, the BTC will not manage to replace the US dollar even in the remote future. However, it has room for development: the BTC may become the roval of gold as the reserve asset. However, for the Bitcoin to be used this way all over the world, its reputation should be enhanced. It has suffered a lot since the times when digital money was used for fraud and other criminal affairs. Later, with the security improvements, the risk decreased but the reputation remained imperfect.

During this year, the capitalization of the crypto market has grown by 32% to $237 billion. The BTC and XRP volatility turned out impressing.