Professional crypto analysts from DataLight’s team share comprehensive Bitcoin volume research, which clearly shows that, despite the bear market of 2018, the game is far from being over for Bitcoin.

The bear market in 2018 was the strongest in Bitcoin’s history. This is due to the market indicators, which often have an impact on people’s minds in relation to any asset. However, people rarely delve into fundamental indicators, which is what we decided to do.

Bitcoin commissions reached $30 in early 2018. Now, this figure is at 18 cents— a reduction of more than 99%. After analyzing the previous years, we concluded that the last time such a level of commission was observed was from 2016, long before the bull market, to 2017. 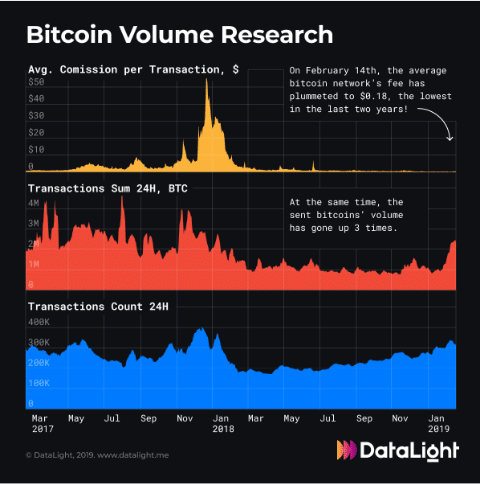 This indicator shows the possibility of cross-border payments for a fraction of a percentage of the total amount. But having instant transactions to anywhere in the world with minimal commissions was one of the goals of creating Bitcoin. DataLight’s team of analysts considers this indicator a positive factor for Bitcoin.

During the HYPЕ in November 2017, the volume of transactions in Bitcoins was one of the highest in Bitcoin’s history; the historical maximum of this indicator was at the beginning of August 2017—which is associated with the separation of the new branch from the Bitcoin network, Bitcoin Cash. 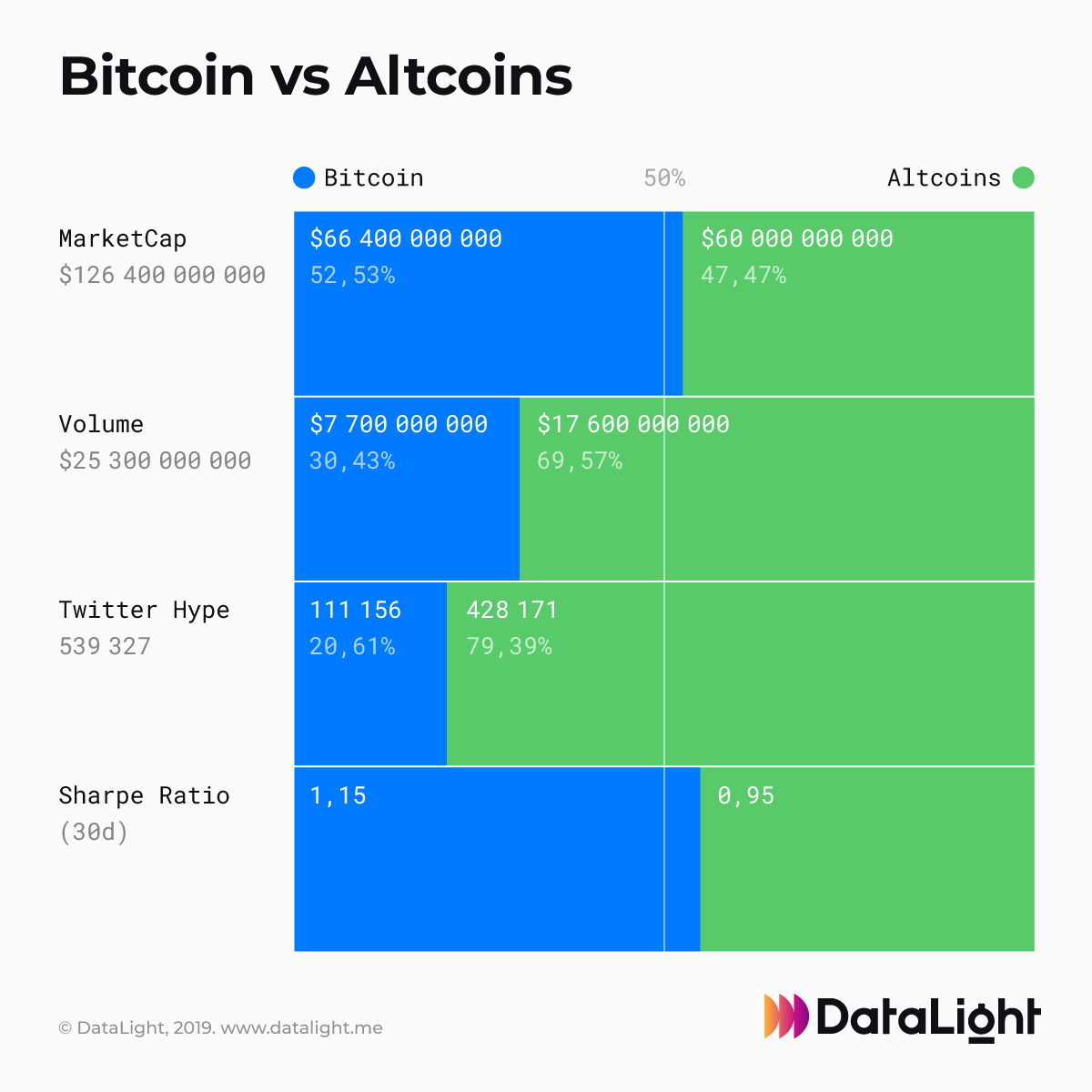 Therefore, the sharp increase in the volume of transactions in Bitcoin in January 2019 was an event that the entire crypto community noticed. In just 3 weeks, this figure increased 3 times, reaching a mark of 2.7 million Bitcoins. It is noteworthy that no high-profile events that could have affected this figure occurred. This means that the sharp increase in volume may be due to the emergence of new major players in the market. After all, this indicator is almost equal to that of 2017: 2.85 million Bitcoins.

Our analysts noticed that similar movements were observed in the past, from July 2014 to January 2017. Subsequent events are well known. The number of committed transactions is one of the most important factors for the Bitcoin network. This suggests that the adoption of Bitcoin continued throughout 2018, despite the bear market. One can buy products and items for Bitcoin, crypto ATMs, and large businesses interested in cryptocurrency in an increasing number of places.

Our analysis of the fundamental indicators of Bitcoin clearly showed that, despite the bear market in 2018, the Bitcoin movement is in a phase of continuous development. The community continues to believe in the technology and develop it. In fact, only those who do not understand Bitcoin’s advantages and see it only as a speculative asset are shouting about its end. One only needs to dig a little deeper to see what prospects Bitcoin offers each person.