The USDT “token distribution” may start changing in next days due to the bad news for Bitfinex and Tether.

According to the documents released by the New York Office of the Attorney General, the judgment day finally comes to the castle of Bitfinex and the tower of Tether. Both companies were cheating with financial laws. And the development of their case only shows that Bitfinex is having some major troubles.

The U.S. Supreme Court has destroyed Bitfinex, now it is the time to start packaging the inner functionaries. 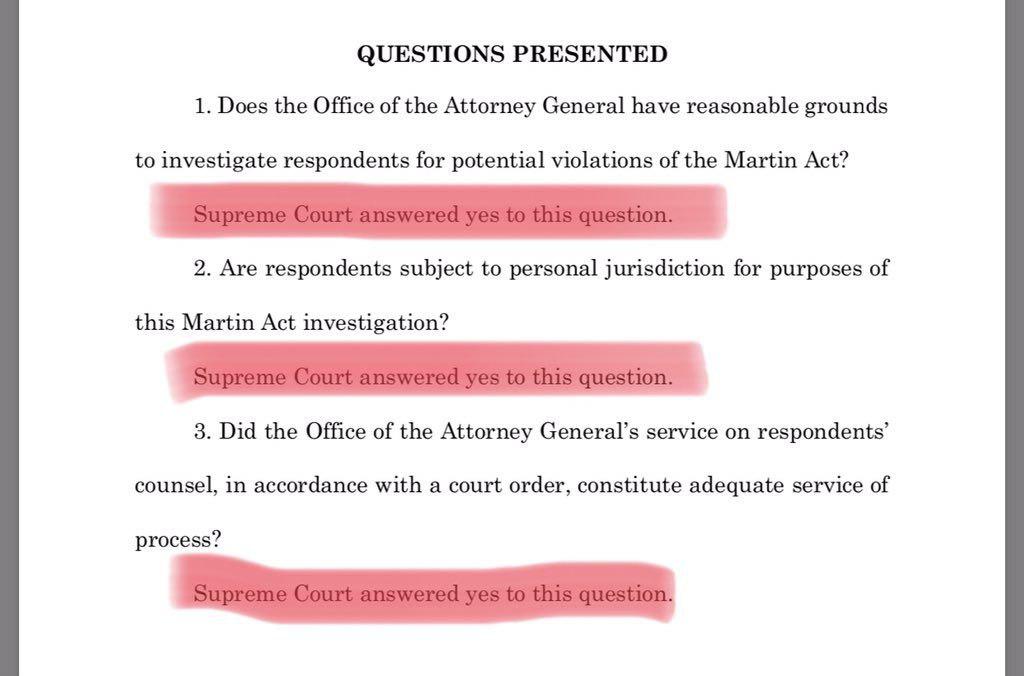 While examining the document, we can see that the Attorney General wants to dig deeper into every counterparty who had dealt with Bitfinex: 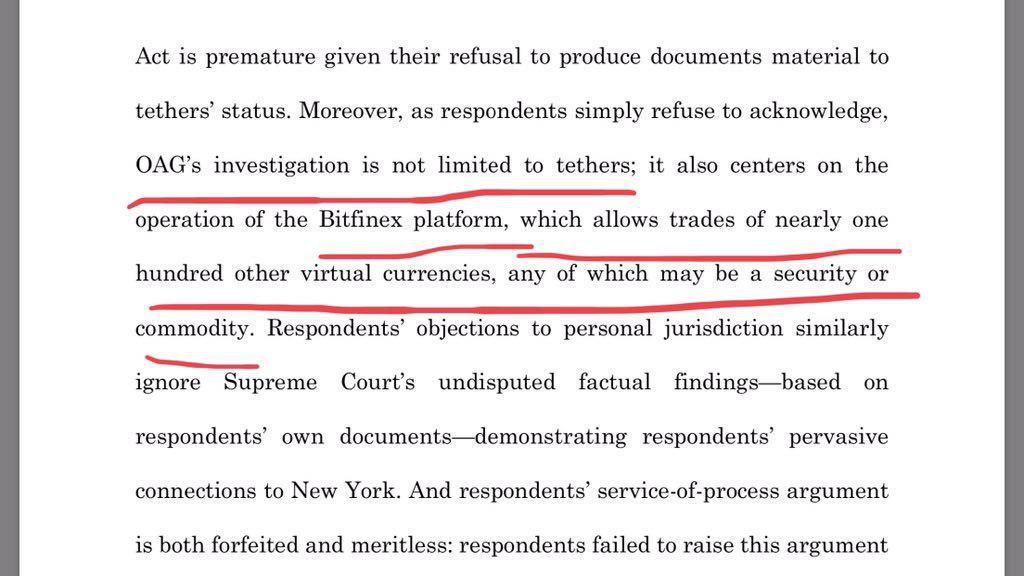 Since the OAG investigation is not only about Tether, but the Bitfinex exchange in general, it now has the right to examine the deals over the questioned time. Bitfinex and Tether wrote a response on Friday saying they have no connections with the New York state jurisdiction. But we can read from the report that the Attorney General found proofs that they had such connections.

The OAG has also found proofs that Tether and Bitfinex were lying to the investors about 1:1 backing:

“The result was that respondents had, step by step, dissipated the cash backing tethers: first by going from actual cash in hand to $625 million in an inaccessible Crypto Capital account; and then by replacing even that questionable source of backing with nothing more than a $625 million IOU from Bitfinex – an IOU that seemed unlikely to be repaid given that Bitfinex needed that money to satisfy withdrawals from investors on its trading platform. The upshot of these transactions was that tethers were no longer in any serious way back one by one by U.S. dollars”.

One of the notable facts that raises major red flags is that the companies were inking deals where the same person – Giancarlo Devasini – represented both sides:

And here, the OAG is going fully transparent in saying that they will destroy Bitfinex for defrauding the investors:

This is the criminal case for Bitfinex, as well as the USDT issuers. They all are at the edge of the horrible void.

The Question is Who Will Buy All Tether?

During the time the public will digest the information, some whales and smart-ass players may consider selling their USDT tokens off for Bitcoin and altcoins. This possibly means that the cryptocurrencies will gain a price rise soon. However, the massive capital that is now in Tether needs to somehow be transferred to another “stable” haven, right?

While the capitals will be on the move, they can:

So the most interesting thing in all of this story (especially for the USDT investors and users) is Time. Because you never know when the major exchanges will start clothing the USDT pairs and trades. And what will happen to all those 4 billion USDT tokens that are currently in circulation?

Tether CTO has rejected WSJ’s investigative report calling it a “clown article”. The report highlights the massive concentration of USDT control in the hands of a few.

The Pantera Liquid Token Fund suffered a massive drawdown in 2022, including a large November deficit especially after the FTX crash.