Since the success of Axie Infinity, gaming has become one of the most invested verticals in the crypto industry.

Facing the dilemma of GameFi in the crypto market, NEO FANTASY will re-build a new pattern as the head of Gamefi.

NEO FANTASY has accumulated large-scale users through cooperation with NEXTYPE and community building. The game will also be connected to Google Play and App Store to achieve player flow from Web2 to Web3, combining the rich playability of traditional games with the economic model of P2E on-chain.

The main modes of the game are currently PVE and PVP. In the future, in-game social systems, Auto Chess Battles, Guild Tournament, open world, virtual world, and other gameplay will be strengthened. NEO FANTASY APP will become the independent gamification portal to Web3 for traditional game users.

The game background of NEO FANTASY is built in a fantasy world against the invasion of the ancient demons.

Six races are divided into TERRAN, AQUA, DWARF, ORC, DRAGON, and ELVE. Races restrain each other. Each hero has a unique personality, battle position, skill, and story.

Challenge the adventure level BOSS to gain rewards for passing. The more difficult the challenge, the higher the reward.

In the Arena, players can match other players of similar strength across the service to battle against each other to win seasonal credits and tokens.

Players in the game could arrange a Hero Squad to occupy the Eternal Rock to gain $FTS and $ERT.

Players could place a hero in the Squad Cell to upgrade the corresponding Squad Cell and Equip, which is an optimizing change from the complex and tedious character upgrade system of traditional games.

In NEO FANTASY, all players who enter the game will get a Hero for free and can use the initial Hero to collect resources to earn revenue, which lowers the barrier to entry for GameFi and expands to more traditional gamers.

$FTS is the primary utility token resource in the game. Every game behavior of players has the opportunity to trigger $FTS Drop. The collected $FTS can be used in the game or traded at the Exchange Hall to other players.

$ERT can only be obtained through the Exchange Hall, Eternal Rock battles, PvP mode in-game Arena, and other in-game systems, which can be withdrawn and freely circulated. Gameplays such as Hero Star Ascending and Equipment Enhancement need to consume $ERT. $ERT is also the primary circulation resource to exchange more $FTS.

The dual token interacting mechanism will increase the number of interactive users of NEO FANTASY and increase the liquidity of $ERT, thus forming a strong circular economy.

Meanwhile, the Hero NFT mystery box of NEO FANTASY will be listed on Binance NFT and Gate.io NFT soon 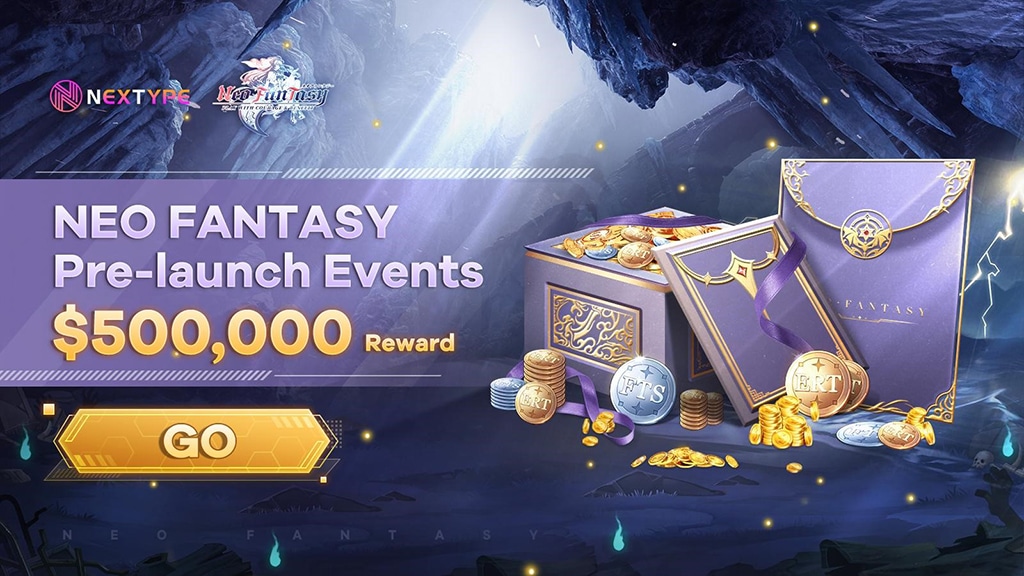 Currently, NEO FANTASY has officially launched the pre-launch events with $500,000 worth of rewards to encourage more new players to register the game account.