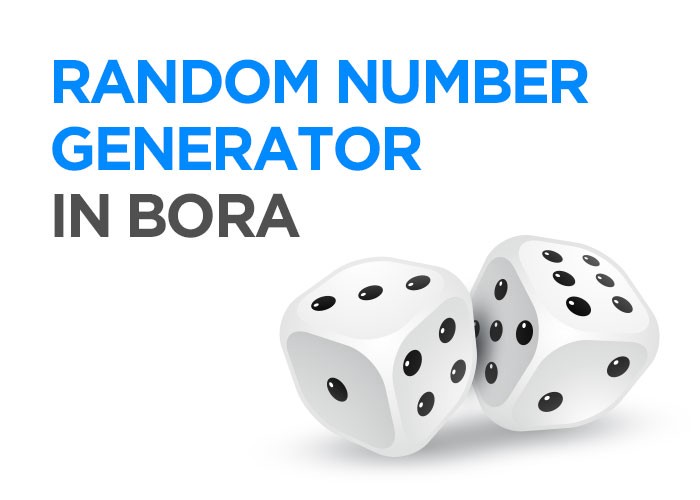 Probability systems are commonly used for various purposes, including online gaming. Many online gamers have experienced successes and disappointments with random boxes, leading players to question the possibility of manipulating the odds. Random number generation (RNG) is the basis of the probability system of those random boxes. 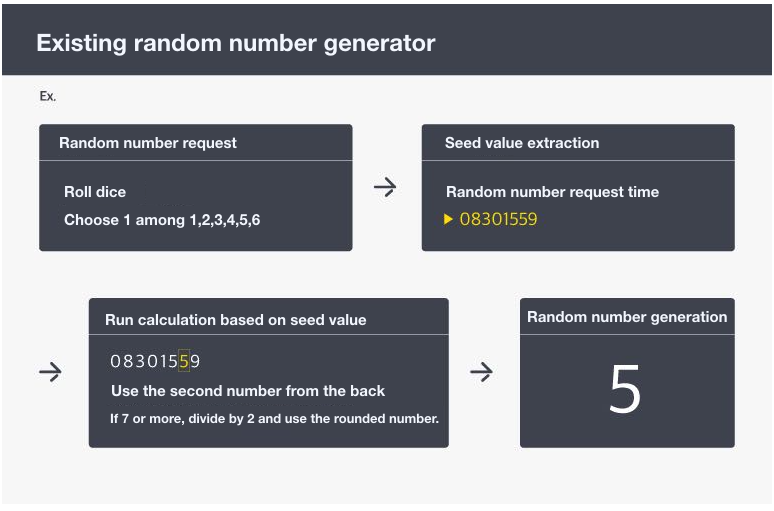 There are many ways to create random numbers. Many people use calculation algorithms to generate random numbers based on numeric values referred to as “seeds”. The seed is a number that changes fluidly, most often using the current time to produce the value.

But this method has problems. Using predictable values such as time for the seeds enables users to manipulate the calculation algorithm by creating random numbers for the expected values or predicting the exact values (numbers), thereby leaving the system vulnerable to exploitation. 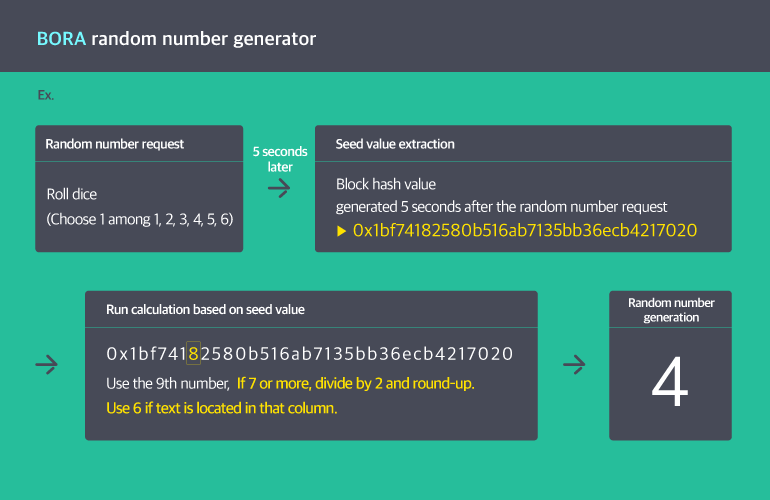 The value is created five seconds after the request is made, and BORA assigns a random number based on that value. Hash values are continuously generated with random numbers and characters, and future hash values are unknown. Using this process, BORA’s random number generation API ensures the reliability and fairness of the probability system. 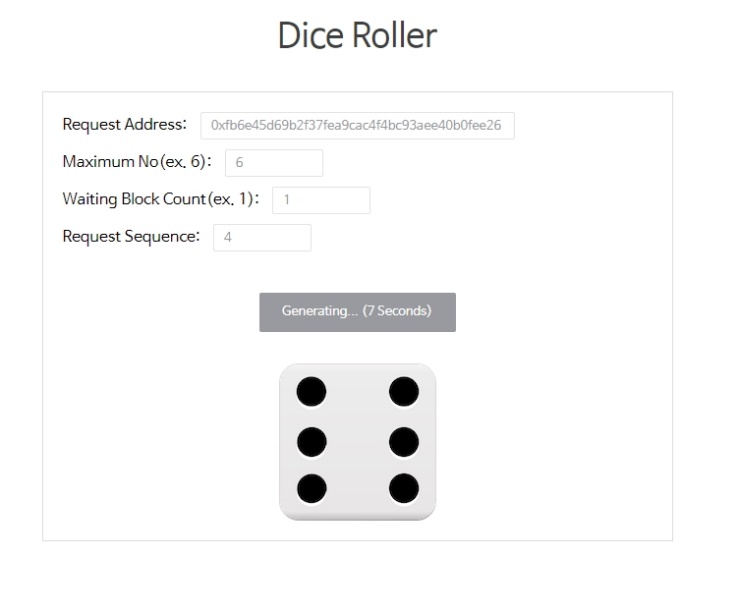 BORA offers programs and resources for developers and users interested in their random number generation technology. For example, Dice Roller, a program built using BORA’s random number API, is currently available through the BORA Lagoon testnet. The Dice Roller program displays information such as a Request Address, which indicates the account information of the user requesting the random number, and a Maximum Number, which limits the range of possible numbers (in the example show, from 1 to 6).

Waiting Block Count is a future number that, in this case, refers to the next block hash value created after the random number request. With these variables, the timing and order of future number generation is made flexible. Lastly, the Request Sequence prevents abuse by tracking the number of requests used within the smart contact to stop users from achieving a specific number through simultaneous number requests.

For more information about BORA: