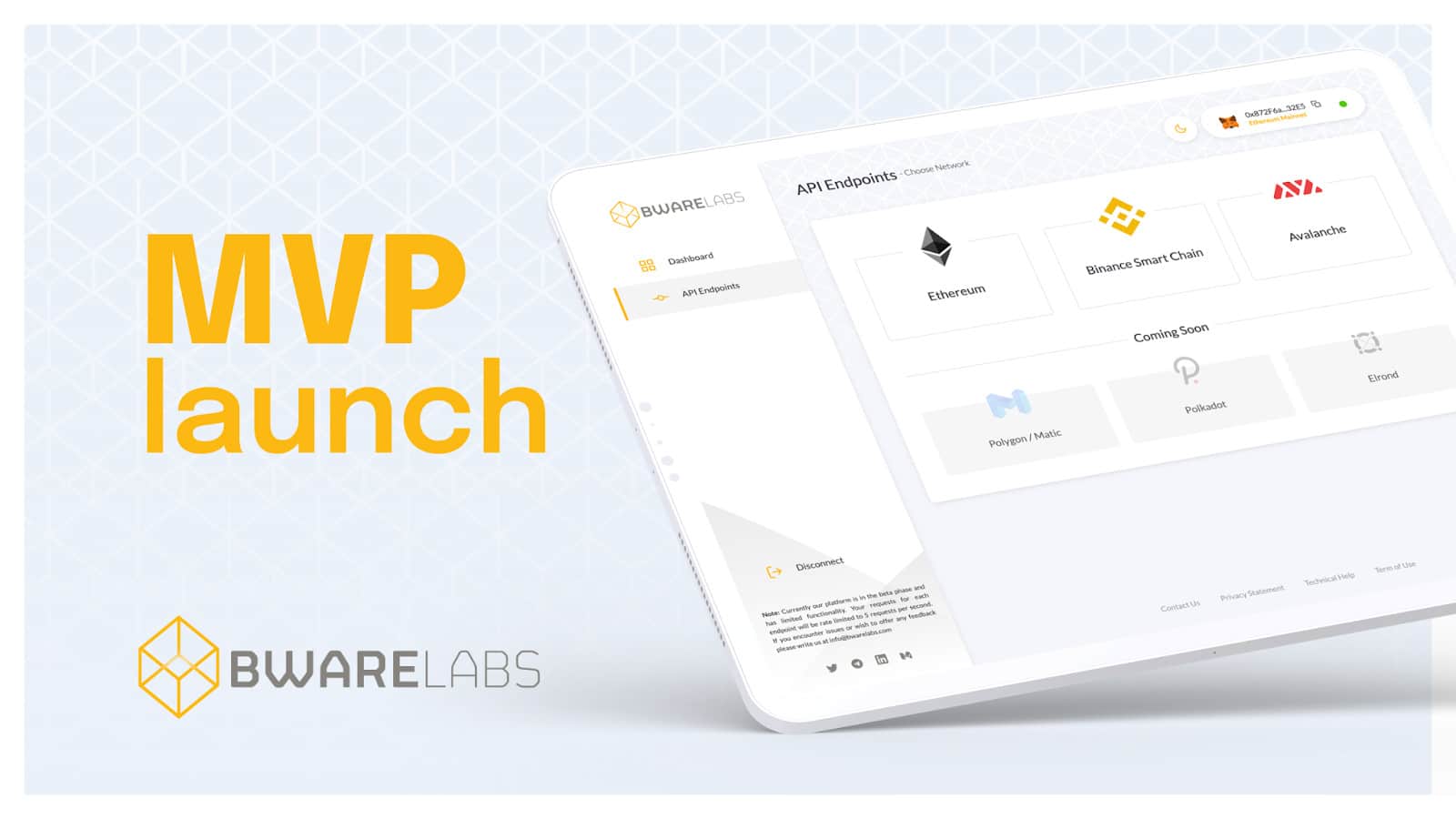 Bware Labs, a startup developing a decentralized API platform that aligns incentives between end users and node providers, has released the MVP, or functional prototype, of their platform to the public. Users can now set up a dedicated node endpoint with just four clicks, obtaining access to blockchain data through RPC or WSS APIs.

As part of this release, the end-user will be able to connect to the app through a MetaMask wallet and generate dedicated endpoints allowing them to interact with Avalanche, Binance Smart Chain, or Ethereum mainnets, all in just four clicks and less than 30 seconds. Although free to use, a maximum of three endpoints (one Avalanche, one BSC and one Ethereum ) can be generated for each MetaMask wallet.

In the MVP release, nodes are provided by Bware Labs to ensure smooth user onboarding and established performance standards. Once the platform reaches maturity, Bware Labs aims to create a two-sided market of node providers and consumers, creating a decentralized alternative to Infura or Alchemy. While requests are currently limited to 25 per second, Bware boasts half the latency of equivalent free plans by competitors and offers a choice from more supported blockchains.

In order to guarantee reliability in the Bware Labs ecosystem, node providers will be asked to stake native tokens which will be susceptible to slashing, if the node underperforms. To reach the required stake, node providers will have the option to accept delegations and share reward fees with delegators, the only decentralized API platform to do so. Node users will pay the operators with a subscription model delivered through the MetaMask wallet. This realigns incentives between node operators, who are often conducting an altruistic task at no gain, with the node data users who are unwilling to host their own infrastructure.

“Running blockchain nodes is critical to ensure the security of the network, but without a proper incentive structure in place, especially in the PoW-based Ethereum, centralization occurs naturally as only major ecosystem players are able to devote resources for hosting nodes.”

“As an advisor of Bware Labs, I am very pleased with the progress the team is making towards releasing a fully decentralized API platform. But, more importantly, I am very eager for the Avalanche ecosystem to have this easy to use and extremely convenient option of gaining access to blockchain data. I truly believe this will streamline development efforts on various blockchains, which ultimately will lead to increased adoption.”

Bware Labs provides an interface between Blockchain APIs, consumers and node providers, with integrated payment options and verified reliability all embedded within our platform and protocol service. The Bware Labs team boasts a rich experience in blockchain and tech companies, including Ankr, Intel, Fitbit, Google and Ericsson.