The launch of optimistic rollups follows the release of Cartesi Machine, the unique virtual machine that allows Ethereum smart contracts to run heavy and elaborate computations on top of Linux.

Rollups are regarded as a secure and pragmatic approach to Ethereum’s scaling problems, given that the launch of ETH 2.0 is still some way off. Cartesi’s implementation of optimistic rollups will allow developers to bypass the constraints of Solidity and the EVM to fully code smart contracts on top of the same software stacks that run on Linux. Alongside this, Cartesi’s implementation of optimistic rollups will increase throughput, lowering blockchain fees by orders of magnitude.

“Optimistic rollups represent more than just an incremental improvement to decentralized applications. They are a vital step toward the maturity of the whole blockchain ecosystem. Allowing mainstream programmability means that DApp developers have an entirely new expressive power to create from smart contracts.

“The availability of optimistic rollups also opens the door for extensive adoption by regular developers who have never programmed for blockchain, who can now create decentralized applications with a coding experience similar to desktop or web.”

The release of optimistic rollups arrives at a time when Ethereum congestion has caused fees to spiral, prompting defi projects to explore layer-2 scaling options that can slash fees and make decentralized finance accessible at scale.

At the core of Cartesi’s rollups implementation is its unique VM, based on an emulation of a RISC-V microprocessor architecture. The Cartesi Machine allows smart contracts to operate on a fully deterministic Linux runtime, forming a sophisticated OS for creating decentralized applications. Using the Cartesi Machine, developers can execute computationally heavy tasks offchain before broadcasting the outcome to the Ethereum mainnet.

Cartesi is taking smart contracts on Ethereum to the next level by solving the urgent problem of scalability and high fees by implementing a variant of optimistic rollups. Most notably, Cartesi is revolutionizing smart contract programming by allowing developers to code with mainstream software stacks instead of Solidity. Noether is Cartesi’s sidechain that’s optimized for ephemeral data, providing low-cost data availability to DApps. 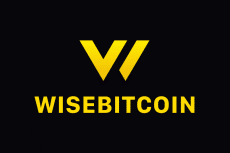 Adaptive Store of Value i...