One of the leading decentralized credentials blockchain platforms, KILT, aims to bridge the gap between regulators and crypto aficionados by introducing decentralized digital KYC processes with a keen eye on privacy.

The cryptocurrency community is torn in-between having Know-Your-Customer (KYC) measures and doing away with them completely, which raises controversy on how governments, regulators, and financial authorities should regulate the space. Many crypto users argue that having regulators breathing down their necks could lead to the sharing of personal data hence going contrary to the basic principles of anonymity and data privacy of cryptocurrencies.

All in all, with centralized crypto firms firmly under the watchlist of governments and financial regulators around the world, a KYC-heavy crypto environment is quickly becoming the norm. The differing opinions will keep growing as the field moves to implement KYC measures as they actually help in protecting the users and keep platforms safe from illicit financial activities.

For example, when a user for some reason can’t access their account on a crypto platform, following proper verification allows the platform to restore logging access. Without these measures, the service providers would not be able to restore the users’ accounts and solve their troubles as efficiently.

A New Dawn for Digital Identity and KYC Dilemma in Crypto

Digital identity in crypto is still fractured with users needing to tediously submit their identity documents to every centralized exchange they have an account on to surpass even the smallest tiers of withdrawals and trading limits. Added to the tiresome and ineffective process of KYC’ing, there’s a potential huge privacy timebomb where dozens of exchanges have copies of users’ information stored on centralized storage and could be hacked at any time.

Amidst the tug of war between pro-KYC and anti-KYC users, KYC presents itself as an inevitable process that crypto companies must adhere to but privacy remains a key issue for crypto users when dealing with KYC processes. In lieu of this, decentralized KYC solutions are gradually coming up aiming to narrow the gap in digital identity and give users an acceptable KYC process without compromising their data security.

Berlin-based blockchain protocol KILT developed by BOTLabs GmbH, aims to solve issues with digital identity via their protocol for “issuing self-sovereign verifiable, revocable, anonymous credentials”. Launched in 2018, the protocol enables trust between the consumers and firms by providing a platform to build KYC DApps like the SocialKYC product and the Sporran wallet.

KILT is a blockchain protocol that enables innovative, industry-agnostic business models around identity. As a building block to the next generation internet that promotes user data privacy and regulation-friendly KYC processes, KILT is building new solutions to enable decentralized digital credentials that remain in the hands of the user.

Once details are filled, KILT stores a hash of the credentials on the blockchain enabling the user to prove the authenticity of their document to any third party. The blockchain, which only stores hashed values, does not store any personal or private information enhancing the data privacy of users. The personal data remains fully under the control of the user.

The platform is an early adopter of Substrate, a modular system that allows developers to build customized blockchains by using pre-built components, which enables seamless integration with Polkadot blockchain.

As explained above, KYC processes will always cause a debate amongst the crypto faithful. In recent times, however, governments and regulators have been demanding KYC/AML compliance from crypto firms in an effort to curb money laundering, terrorism financing, and illicit financial acts using crypto assets. 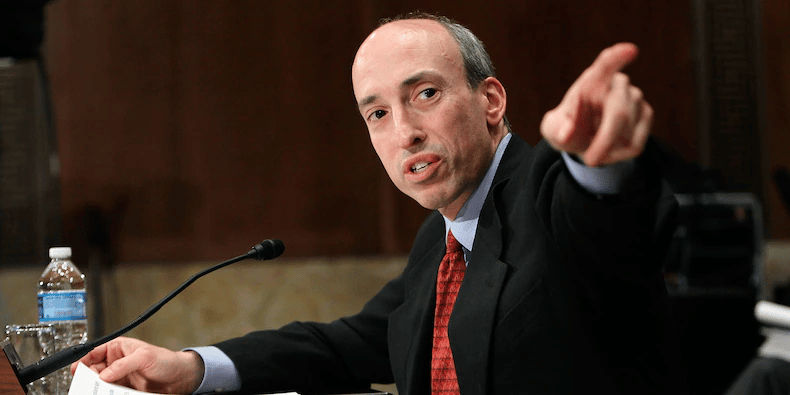 SEC Chairman Gary Gensler has repeatedly expressed his concerns on how unregulated crypto markets and decentralized exchanges might turn out for the average consumer: “To think that a field that’s grown 10-fold in the last 18 months – not just in terms of asset value, but in the underlying lending and much more – that it’s going to stay outside of these public policy frameworks and succeed… We’ll end up with a problem and a lot of people will be hurt.”

The Bank of International Settlements (BIS), owned by 63 member central banks and monetary authorities across the globe, has repeatedly declared the role of cryptocurrencies in facilitating money laundering, ransomware attacks, and other financial crimes. As such in 2019, they gave a directive to central banks and banks around the world to deal with firms that are KYC compliant only.

With the introduction of decentralized digital identities, users will have full control of their data and keys while promoting the KYC processes stipulated by regulators. They can choose to share the credentials (hashed number) with a single third party without relinquishing control of their data.

It remains unclear which regulator will have jurisdiction and control over different types of assets.

Circle, one of the founders of USDC cryptocurrency, is launching an on-chain utility to allow users to transfer USDC from one blockchain to another.