Every modern person who finds his interest in finance has heard about cryptocurrencies. But mostly their knowledge in that sphere is rather sketchy. This can be explained by the lack of online information about crypto legality and presence in different countries of the world.

Here, we will analyze the research made by Forexnewnow to enhance the knowledge about cryptocurrencies in the context of their regulation, presence of crypto technologies (ATM, exchanges), tax attitude and crypto outspread. 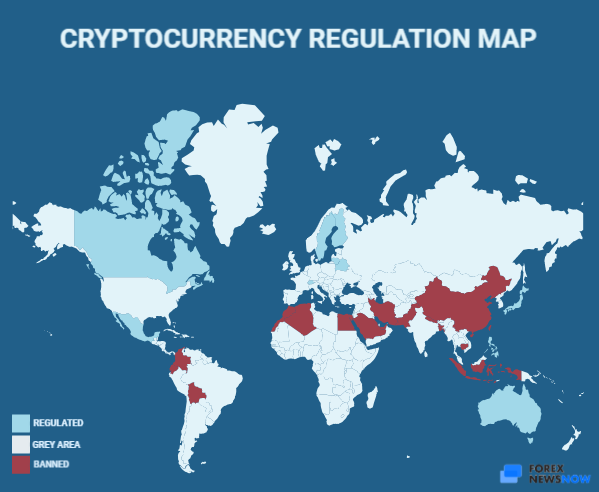 Looking at the map the most catching fact is the total absence of crypto regulations in the majority of countries. However, in most cases, the grey area means that the regulations are in the process of development in order to integrate them into the countries’ economies.

At the same time, there are some countries usually middle eastern and South-East Asian such as Egypt, Iran, Pakistan, Saudi Arabia that still seem to have a negative attitude towards cryptos (which is why they’re banned there). 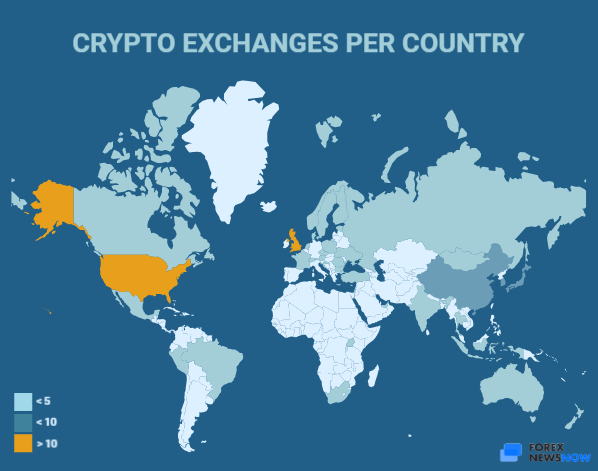 According to the report, the exchange map can be divided and represented by 7 main locations: the UK, Singapore, Hong Kong, China, Japan, USA, and South Korea. But it is worth mentioning that there are a number of exchanges (nearly 100 credible) that do not reveal their location. 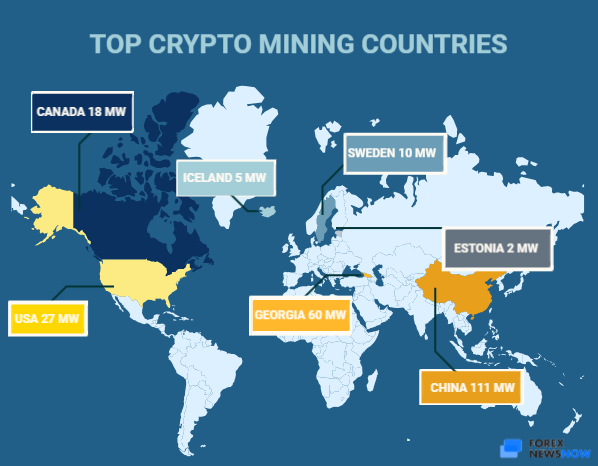 Cryptocurrency ATMs look the same as usual ones. They are used to liquidate cryptocurrency and get fiat money. Such ATMs do not have any specific location, but they are usually found near shopping malls and airports. Analyzing the map, it is easy seen that countries with a larger population such as the USA or Canada have a greater number of crypto ATMs. 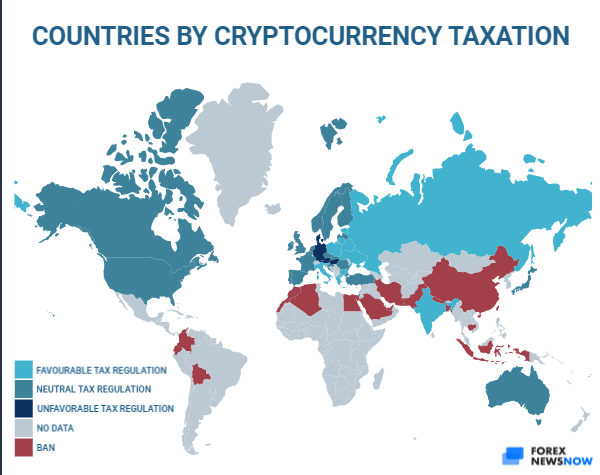 Although the majority of countries still do not consider cryptocurrencies as real money, they do not miss a chance to impose taxes on capital obtained through them. A lot of countries are severe in their tax attitude imposing a defined profit tax on them.

This politics is widely spread in Europe and America while in Asia and Eastern Europe it is a bit milder. The regular tax amount is about 15 – 20% from the profit, in some cases it increases to 45%. In most countries, however, taxes, as well as any other crypto regulation, are just ignored. 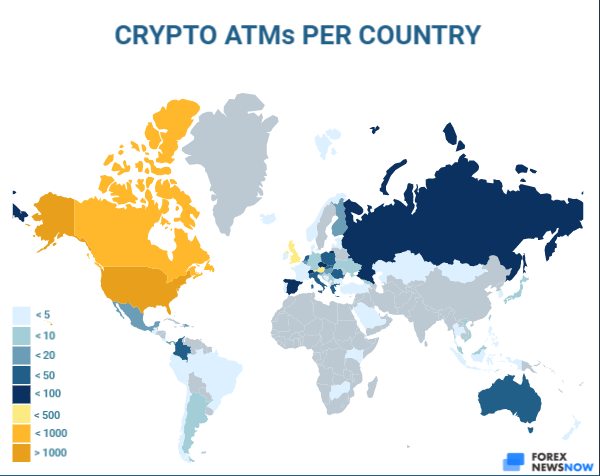 Knowing the fact that almost every cryptocurrency should be mined and some of them cannot be obtained from your PC, commercial companies invested millions of dollars to gather and distribute cryptocurrencies around the world.

In the map, you can see the amount of power generated by each country. But it is necessary to notice that the map doesn’t show the general interest of the countries. 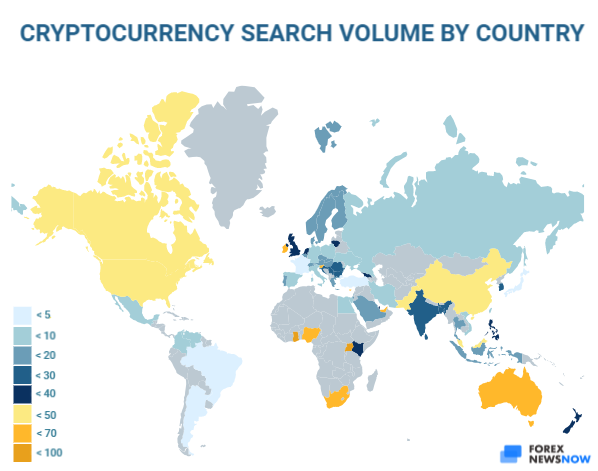 It is difficult to estimate how often people search information about cryptos on the Internet. The reason is that not all countries use the same searching engines. The presence of Yandex and Baidu along with Google itself does not allow us to make a comprehensive analysis.

As it is said in Forexnewnow report, “according to Google Trends, South Africa, Nigeria and Ghana are the leading countries in terms of interest in cryptocurrency, mainly Bitcoin”.

Summing it all up, it can be seen that different countries have a different attitude towards cryptos. There are no common regulations towards them and the distribution is not equal.

2020 was an exciting year for crypto, but 2021 will reshape the Fintech landscape by incorporating financial transactions of different virtual currencies.

Not just an app but a friend in all your adventures