HitBTC, the cryptocurrency exchange with the highest liquidity, implemented ChainLocks, a Dash network upgrade that will significantly increase the speed of Dash transactions on the platform.

The ChainLocks feature mitigates the risk of 51% attacks to the Dash blockchain. Such attacks, which most Proof-of-Work (PoW) blockchains are vulnerable to, can be performed by a malicious miner or a group of miners that control more than 50% of the network’s computing power. ChainLocks incentivize miners to publish processed blocks immediately, thereby reducing the advantages of secret mining and increasing the difficulty of performing a consensus attack.

Currently, the Dash network operates in accordance with a quorum system which uses Long Living Masternode Quorums or LLMQs. In this system, blocks get confirmed when more than 60% of an LLMQ, which consists of a few hundred masternodes, identifies and confirms the first block continuing the active chain. That first block is then locked in with a ChainLock signature (CLSIG) which makes subsequent chain reorganizations impossible.

One of the advantages of the ChainLocks feature for regular users and traders is that it reduces confirmation time for Dash transactions. With ChainLocks, Dash transactions can be considered fully confirmed after the first on-chain confirmation. Therefore, after the implementation of ChainLocks, HitBTC users will be able to enjoy the advantages of securely operating with Dash at high speed. The added speed speaks to Dash’s advantages over other cryptocurrencies in not only payments but in trading. The speed allows a user to utilize Dash to take advantage of market opportunities more quickly than others, maximizing returns for traders.

HitBTC is a crypto exchange with over 800 trading pairs. The platform was created in 2013 and provides exchange, custodial and other related services. HitBTC offers a range of APIs such as REST, WebSocket, FIX API. The exchange’s UI was developed to meet the needs of the most demanding and sophisticated traders. Users can take advantage of competitive trading fees via HitBTC’s Trading Fee Tier system.

Dash is digital cash designed to offer financial freedom to everyone. Dash allows millions of individuals across the globe to carry out instantly re-spendable and secure transactions, with near-zero fees. Built to support real-life use cases, Dash is the leading decentralized payment solution: it is accepted at over 4,900 merchants globally, accessible via 700+ ATMs and 90+ exchanges worldwide. Dash has pioneered groundbreaking features including:two-tier network with incentivized nodes and decentralized project governance (Masternodes), instantly settled payments (InstantSend), instantly immutable blockchain (ChainLocks) and more. The Dash Network’s development is supported by Dash Core Group, the largest organization funded by the Dash Treasury, which supports and nurtures the continued worldwide development and integration of Dash. For more information, visit official website or follow the organization on Twitter. 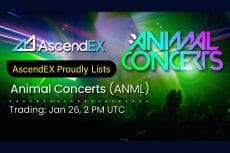 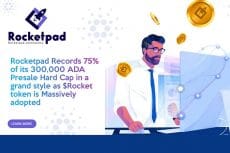