Projects that are about to launch their own ICOs and related activities may find something interesting in the results of the analysis of 107 ICOs conducted this year.

“Half of my advertising costs are wasted. But I don’t  know which half “- David Ogilvy, advertising guru. The ICOPitch team analyzed 107 ICOs for the first 7 months of 2017 and reached the following.

The number of projects using ICO multiplied increasing ninefold from the beginning of the year till July: 4 ICOs were held in January, 37 – in July .

Growth of number of ICO

Forecast of the number of ICO in 2020

The rising number of projects leads to rise in marketing costs, which means  that the cost of attracting an investor will also grow.  In such a way, if you plan to hold an ICO, get to work now.

The main idea of the project should be global and  understandable for users around the world.

White paper and the web site should be translated into main languages: English, Chinese and Russian.

The USA is a goof example here. It generates the largest share of traffic in 79 projects out of 107 analyzed. Therewith 67% constitute foreign investors, and only 23% account for US-based visitors.

If to visualize, in 75% of cases the “geographic” structure of the ICO project web site’s visitors looks like this:

Average geographical structure of attendance of the ICO site 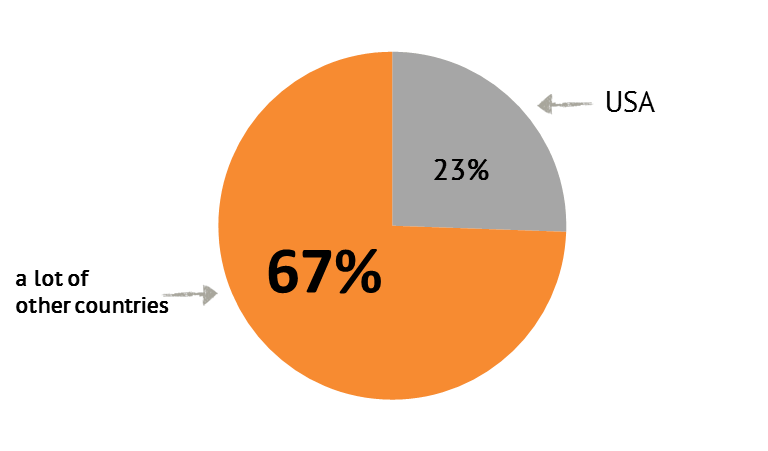 According to the analysis, completely different countries with an average share of less than 5% (Russia, China, Slovenia, Cyprus, Turkey, Czech Republic, South Korea, Switzerland, the Netherlands, Brazil and etc) take the second place in terms of traffic following the USA.

Investors may come from any country, and this fact is important to keep in mind when developing the idea of the project and the marketing strategy.

It is important to start an open dialogue with the community as early as possible in order to unite people around the idea. Popular forums, ico-calendars and media provide an average of 34% of visitors to the project’s website. The other traffic is accounted for direct, search queries, social networks and mailing lists.

If there is a choice to be made between spending on advertising or the salary of a PR-specialist, it is better to choose the second one.

The following statement is the initial hypothesis of the study – most of all potential investors come to the site from social networks. But the numbers speak about something else. 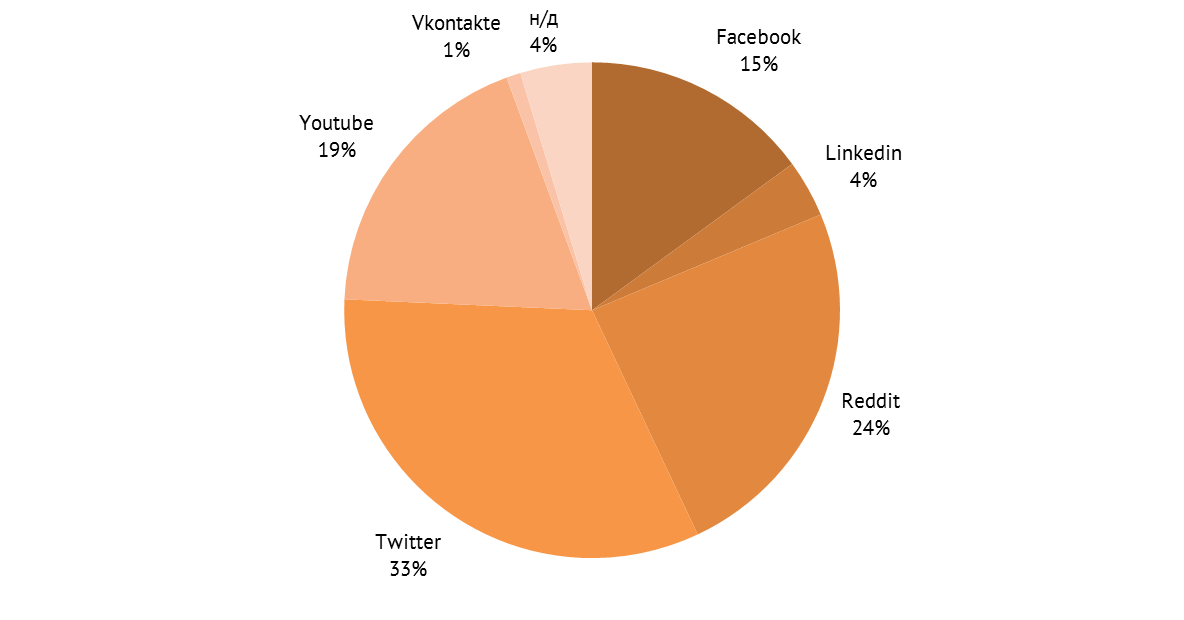 If to compare the absolute values, then Twitter provided 170 000 conversions, and Reddit – about 275 000 from the total number of visits to all ICO sites during the analyzed 7 months of 2017.

Given this, social networks can’t be considered as the most effective tool for attracting potential investors to the ICO. Therefore, it makes sense  to measure the effectiveness of SMM so as to plan the marketing budget more accurately.

When choosing the social networks where the project’s promotion will be conducted, it is important to consider the concentration of the representatives of the crypto community in a particular social network, the advertising possibilities of the network, and the country of origin of the project.

The diagram below shows data on the conversion of the site visitors into investors (buyers of tokens). The conversion on average makes  0.6-2%.

*The information on the number of investors was taken from official websites, and the number of visitors during the ICO – from similarweb.com.

Conversion of site visitors into investors, %

Given that it’s wise to use the conversion data to forecast the required number of web-site’s visitors and to make up marketing budget.

Resume or what to remember

Subscribe to our telegram channel. Join
Related Articles
Press Release Bit2Me Raises 5 Million Euros as Phase One of ICO Sells Out in Under 60 Seconds
By Kseniia Klichova September 6th, 2021

BitDAO has managed to raise $369 million in a striking fundraiser and has broken all previous records set by competitors and related ICOs.

Press Release The Biggest ICO of 2021 Is a Doge & Shiba Coin Meme Killer: Everything You Need to Know about Next Potential 1000x Coin, PandaInu Ecosystem
By Kseniia Klichova August 14th, 2021

World’s first meme project with the real use case of decentralized crypto wallets (DeFi Crypto wallets) that offers military-grade security. Here is everything that you need to know about investing in the biggest ICO of 2021 – The PandaInu Ecosystem.