With an increased security and advanced processing capacity, the startup aims to provide its customers with seamless and reliable trading experience.

Decoin, which stands for “The coin of the people”, is an open source peer-to-peer digital ecosystem that promises users a relaxing and profitable way to perform transactions. Using an attractive revenue sharing method, the platform distributes the profits generated from trading fees to its coin holders.

Decoin is powered by Decoin Trading and Exchange Platform (D-TEP) that can process up to one million transactions per second. Built with the use of top security standards, the platform’s technology will be able to handle hundreds of thousands of cross rates simultaneously. Besides, it will include a multi-currency wallet support, feature an open API, and will be fully GDPR compliant. 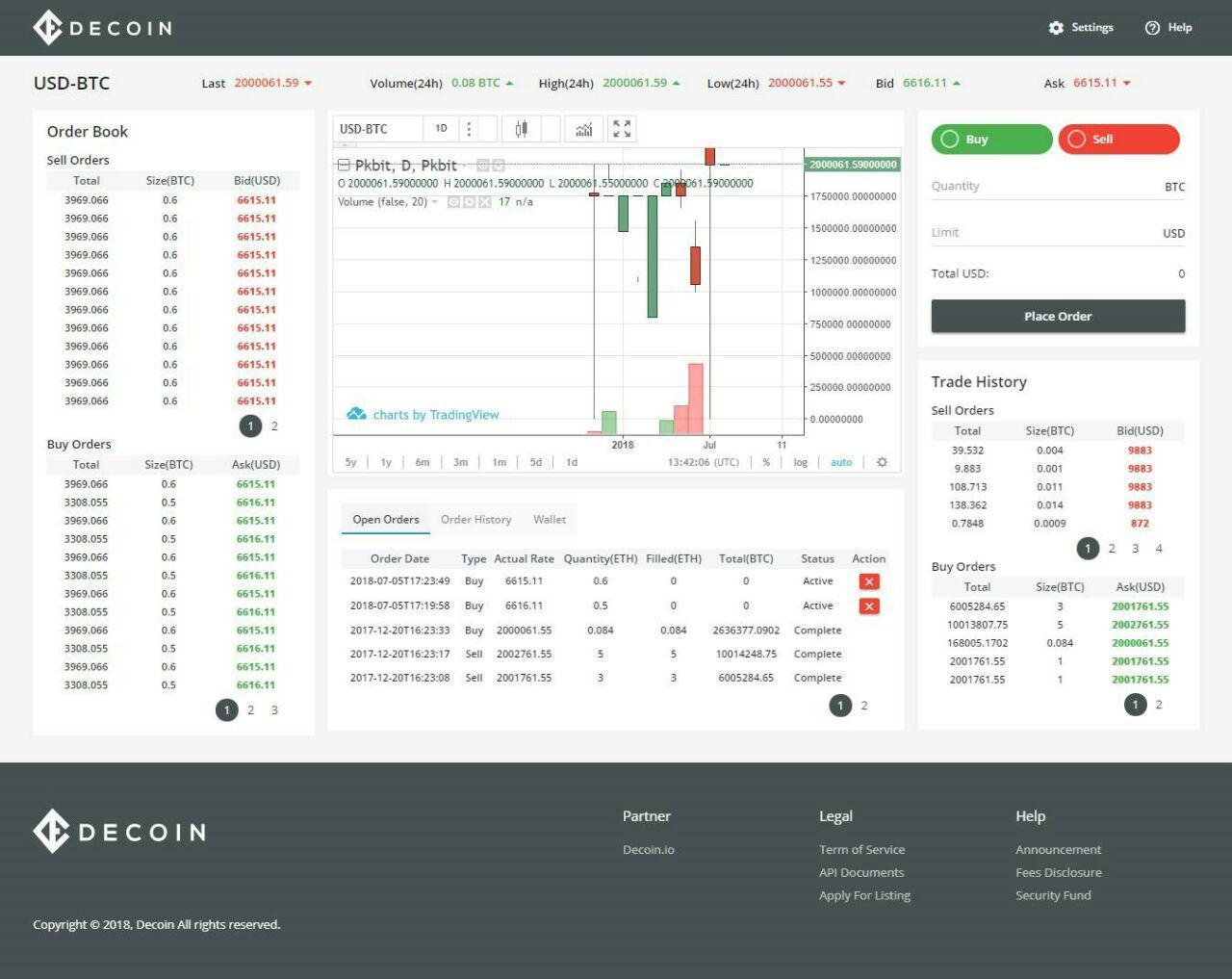 Screenshot from demo mockup of DTEP

All coin holders registered on the platform are entitled for a 6.2% annual return on their DECOIN holdings. Decoin will start generating revenue for its coin holders in the beginning of 2019, once the platform is launched.

With an easy-to-use and simple interface, D-TEP makes cryptocurrency trading available for both experienced investors and beginners. Initially, users will be able to trade only in ten digital currencies, but more coins are planned to be added later.

All DECOINs were issued from the beginning, so their amount is fixed. Instead of using Proof of Stake (POS) algorithm, the exchange is based on Proof-Of-Work (PoW) blockchain protocol, which provides certain benefits like lower energy consumption and equality between all the coin holders.

Aiming to facilitate the use of cryptocurrency on a daily basis, the company has developed its own D-TEP credit cards to allow users spend digital currency wherever they want. Cards owners will get an access to rebates at selected stores and entertainment venues.

Additionally, the company is launching its own cryptocurrenc index, the Decoin Crypto Index (“DCI”), which is expected to improve profitability of its native coin. DECOINs can be used to invest in ICOs and projects in the DCI, thus creating revenue for all DECOIN holders on the D-TEP platform.

The project’s team has been in negotiations with several companies in the crypto industry, including investors and crypto funds. “There are funds from all over the world that are interested in investing in the project,” said Shay Perry, CEO of Decoin.

Recently, the company has partnered with Pecunio, a cryptocurrency investment fund that raised over $25 million a few months ago. Still, the company is planning to add more projects to the DCI and will continue looking for strategic business partnerships.

Decoin has all chances to succeed given such a good start. The startup has already reached a significant milestone by closing its soft cap target of $4 million. It, however, continues to attract investor interest and has managed to raise $4.7 million so far.

The company is currently running the private sale that will continue until the end of August. The ICO is scheduled to complete on October 26, 2018.