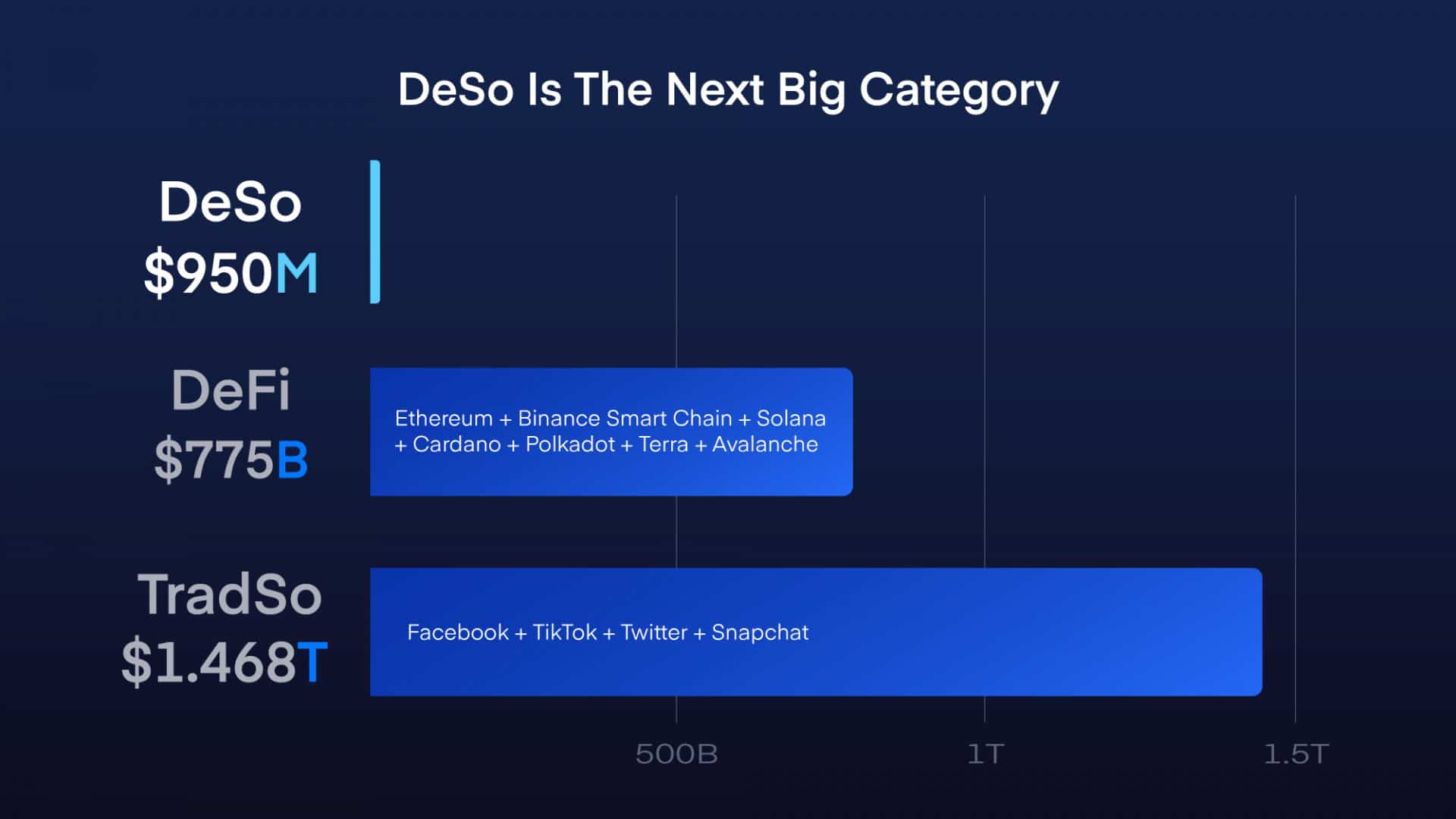 DeSo Blockchain announces they have surpassed 65 Million transactions on their network. At the time of this writing, the DESO coin (which is already listed on Coinbase) was up +80% on the news according to CoinGecko. This milestone comes at a time when one of the most influential individuals on the planet is tweeting about decentralizing social media.

Elon Musk recently ran a Twitter poll asking if Twitter’s algorithm should be open source. 82.7% of the 1 million participants responded with ‘yes’. A quick click into Elon’s replies saw people urging him to build his own solution to address this problem. However, that may not be necessary with the announcements that DeSo is making this week.

On top of 65 Million transactions across 1.5 Million user accounts, DeSo is also announcing an exciting upcoming update to their consensus model from Proof of Work to Proof of Stake, as well as a new platform for launching DAOs called DAODAO.

“With these new updates, we move closer to a world in which social media is not controlled by three centralized companies, but instead, is owned by the users and creators of the network,” said Nader Al-Naji, the Founder of DeSo.

For those who are unfamiliar, DeSo is a new layer-1 blockchain built to scale decentralized social applications to billions of users. People can build social apps on DeSo in the same way they build financial apps on Ethereum.

Unlike other recent Twitter alternatives, such as Truth Social or Parler, DeSo addresses the core underlying issue, which is the centralization of data under big tech companies.

Alex Valaitis, Head of Strategy and Operations at DeSo, said:

“The first thing people need to realize is that social graphs and content should be stored on blockchains. The second is that in order to do this at scale, dedicated blockchains are needed.”

Similar to the ‘DeFi summer’ of 2020, which kickstarted a new wave of interest in crypto, many experts are wondering whether we may be headed towards a ‘DeSo summer’ in 2022. Whether or not DeSo will emerge the winner remains to be seen. But what is clear is that the opportunity is massive and some big names are taking notice.

Check out one of DeSo’s Twitter alternatives over at Diamondapp.com or learn more about their vision at Deso.org.