Next month on September 21, the EOSIO blockchain will undergo a hard fork after which it will support a community-run blockchain protocol Antelope.

EOS, the native cryptocurrency of open-source blockchain platform EOS Network registered a sharp uptick earlier this week. On Tuesday, August 23, the EOS price shot up as high as $1.95 before retracing back which is related to the news about a major network technological shift.

This is the first strong jump in the EOS price after its strong downward movement from its high of $14.90 in May 2021. The cryptocurrency has proved to be a major disappointment for investors ever since its $4 billion initial coin offering (ICO) back in 2018.

On the technical chart, the weekly RSI has recently given a breakout from its descending resistance line. Currently, it’s also making attempt to move above 50. The RSI movement above 50 along with the EOS price reclaiming $1.90 would set up the cryptocurrency for a long-term bullish trend. 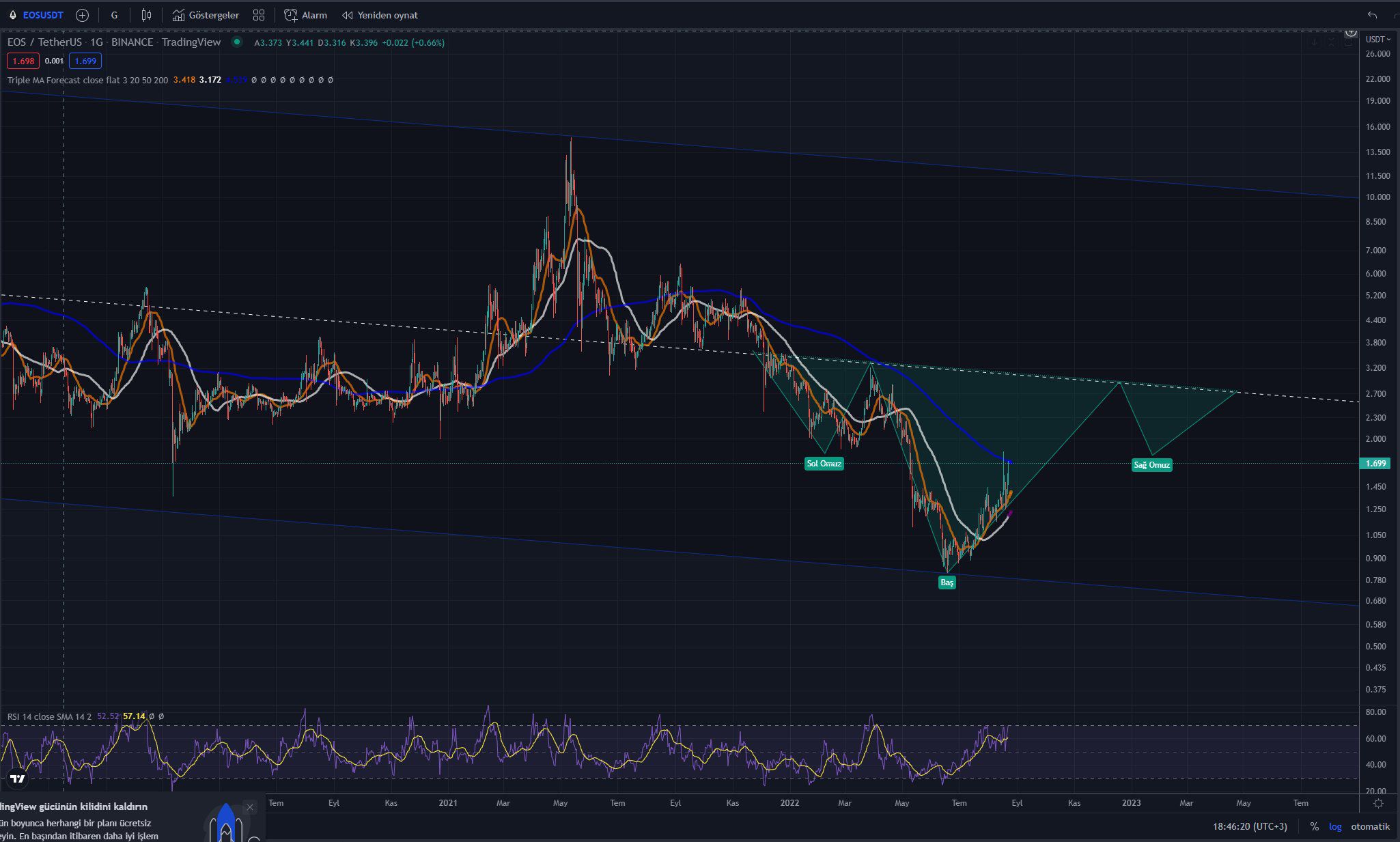 Over the last week, the EOS price is up by more than 30%. This also makes it the biggest gainer among all 49 crypto assets tracked by Messari having a market cap of at least $1 billion. After Tuesday,’s strong price surge, EOS has currently under retracement. As of press time, EOS is trading 4.5% down at $1.69.

Last week, the EOS Network Foundation (ENF) announced that they shall be using Antelope as the underlying protocol for EOSIO-based blockchains. This community-run blockchain protocol will be supported by all ENF members including EOS, Telos, Wax and UX Network.

The EOSIO blockchain network is set to undergo a hard fork next month on September 21. This is when the official switchover to Antelope will take place. In another report, the EOS Network Foundation (ENF) has decided to pursue legal action against Block.one, the entity which originally designed the EOS network.

The decision to pursue legal action comes amid malpractice concerns. Last year in 2021, Block.one had stopped supporting the EOSIO development, putting the blockchain in major jeopardy. Later in 2021, the ENF started undertaking initiatives to explore coordinating EOSIO-based blockchains and preserve the codebase.

As 2023 has just begun, there are three cryptocurrencies that investors should definitely have on their radar: Flow (FLOW), EOS, and Orbeon Protocol (ORBN).

But why has the Orbeon Protocol, currently up 805% in stage 3 of its presale, created so much hype around it? Let’s investigate.

This article examines how Orbeon Protocol (ORBN) is more apt than Eos (EOS) or Solana (SOL) to outperform uncertainty.