ERC-1155 is widely considered a successor to the ERC-20 and ERC-721 token standards given that it can be used to mint both fungible and non-fungible tokens that are more powerful, efficient, and standardized than those minted with its predecessors. Due to its standardized data structures, any game, app, or website that integrates one ERC-1155 asset can integrate any other ERC-1155 token with very little effort—even tokens minted by other developers. This creates an ecosystem primed for inter-platform operability of assets, which Enjin refers to as a “multiverse.”

The core idea behind ERC-1155 is that a single smart contract should be able to produce infinite tokens. This means a single ERC-1155 smart contract can mint and manage many different tokens in the same way a vending machine can dispense a wide variety of snacks and beverages. In contrast, ERC-20 and ERC-721 smart contracts can only mint and manage a single token type, so writing and deploying one of them is more like building an entire vending machine for every single snack you want to dispense.

The cost of gas is one of the most significant challenges to building on Ethereum, as every operation must be recorded by more than 25,000 nodes. By minimizing the amount of code required to mint each individual token, ERC-1155 significantly reduces gas fees, as well as the ever-growing bloat of duplicate ERC-20 and ERC-721 code that will remain on the Ethereum blockchain forever.

ERC-1155 is designed to be backward-compatible with ERC-721, and developers can add adapters to make ERC-1155 tokens act like ERC-20 tokens. This means projects can mint ERC-1155 tokens that function exactly like ERC-20 and ERC-721 tokens within wallets, exchanges, and marketplaces.

The ERC-1155 standard has also been future-proofed to ensure it is the final token standard for digital assets on the Ethereum blockchain. The meticulous year-long standardization process undertaken by its authors and contributors has ensured that any developer who adopts ERC-1155 can do so without fear of having to shift to another token standard in the future.

This news comes three months after Enjin’s launch of their Blockchain SDK for Unity and the Enjin Platform to Ethereum’s Testnet, which enabled developers to create and manage blockchain games without writing any blockchain-related code. More than 7,000 developers are already using the Enjin Platform to create and integrate ERC-1155 blockchain assets into their games, apps, and websites. Developers interested in harnessing the power of decentralized assets and creating or joining a multiverse can sign up here to begin using Enjin’s robust suite of blockchain game development tools.

In 2009, Enjin launched the Enjin Network, a gaming community platform which boasts over 20 million users. In 2017 following a successful ICO that raised $18.9 million, Enjin began building a suite of blockchain products that enable anyone to easily create, manage, trade, store, explore, distribute, and integrate blockchain assets.

Comprised of the Enjin Platform, Explorer, Wallet, Beam, and other tools and services, Enjin’s tools enable game developers and studios to utilize tokenized digital assets as part of their acquisition, retention, engagement, and monetization strategies. The Enjin ecosystem is fueled by Enjin Coin (ENJ), an Ethereum-based cryptocurrency used to directly back the value of Enjin-powered blockchain assets. For more information, visit https://enjin.io. 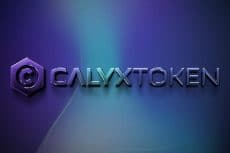 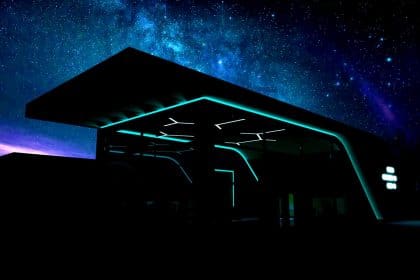 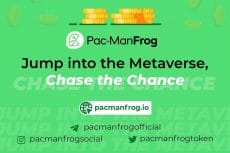