Key update for such a run and note for Ethereum long and mid-term investors is an announcement of the Ethereum research team EthStaker during their last week’s Community call, which said that turning off PoW is closer than expected and could have a higher priority than sharding. Ethereum still is an asset to watch closely as the DeFi ecosystem continues to grow and in 2021 might face a greater advance following a statement from Janet Yellen yesterday.

Yellen, who has a great experience in working in the Fed, she was head of President Bill Clinton’s Council for economic advisors, 15th Chair of the FED and a potential Treasury Secretary, pointed out the concerns over usage of cryptocurrencies in terrorist financing. Most of the cryptocurrencies reacted to this call negatively and are in correction. However, bringing clarity and regulation to this matter could attract high-yield investors. Note that on January 13, Christine Lagarde during her interview called for the same, saying that cryptocurrency transactions should be regulated on an international level. These statements could boost DeFi hype once again, and DeFi hype will pull Ethereum price to the new All-time-highs.

From the technical point of view, ETH/USD is in a correction mode and remains bullish above the $1285-$1290 levels. By the time of writing this article ETH/USD quote on Overbit is $1359 and the price is above the high of January 10. 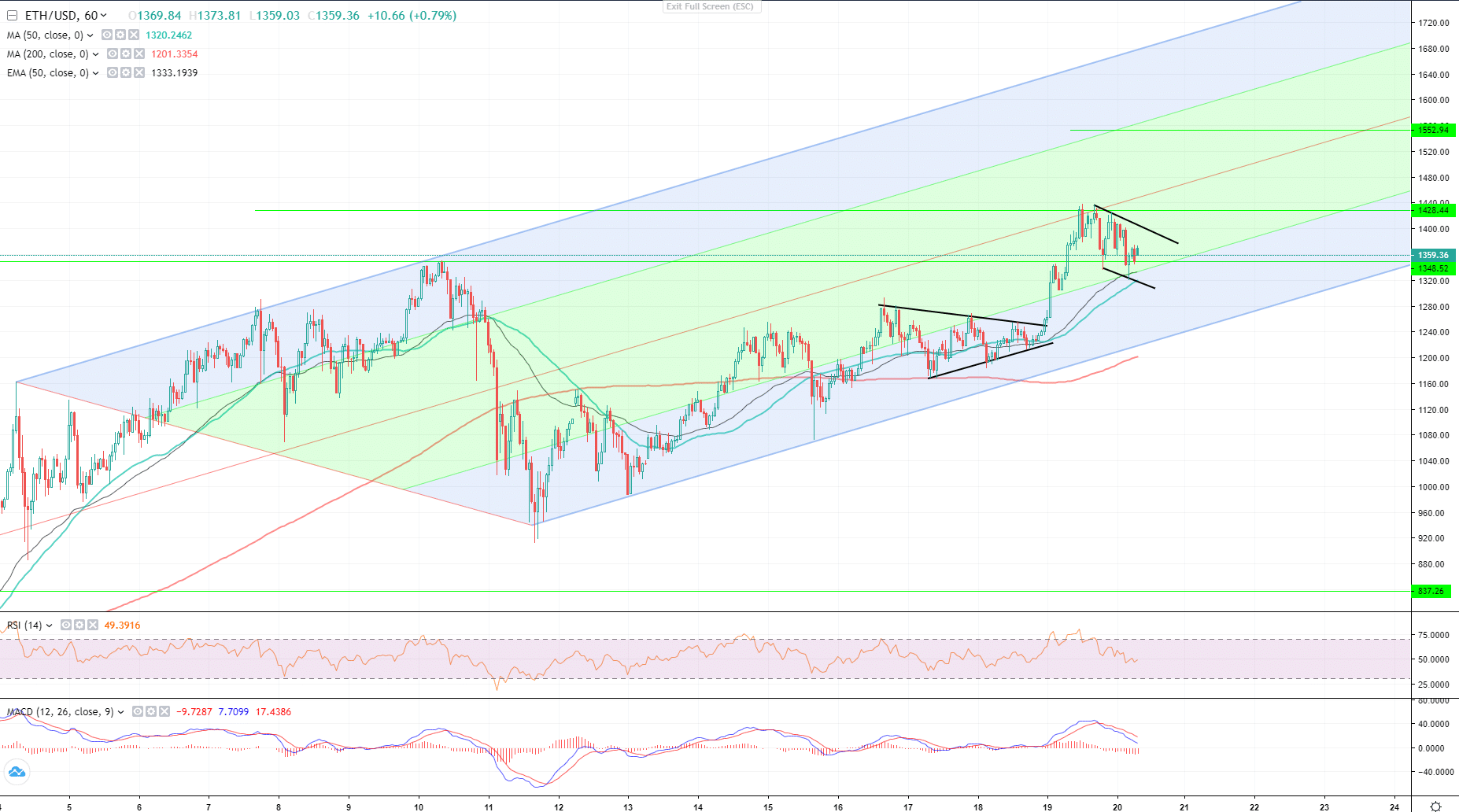 At this point there are no signs of a trend reversal, the pair continues to advance higher in an uptrend channel following levels of the Andrew’s Pitchfork. Moving averages, MA50 and EMA50 support the uptrend continuation, RSI indicator is neutral and MACD which is a lagging indicator haven’t yet confirmed the bull run.

On a 15-minute time-frame of the ETH/USD chart, the first ever altcoin has formed a short-term descending channel, which in technical analysis is also called a bullish flag. Bullish flag is a corrective pattern, breakout from which signals a continuation of an uptrend. 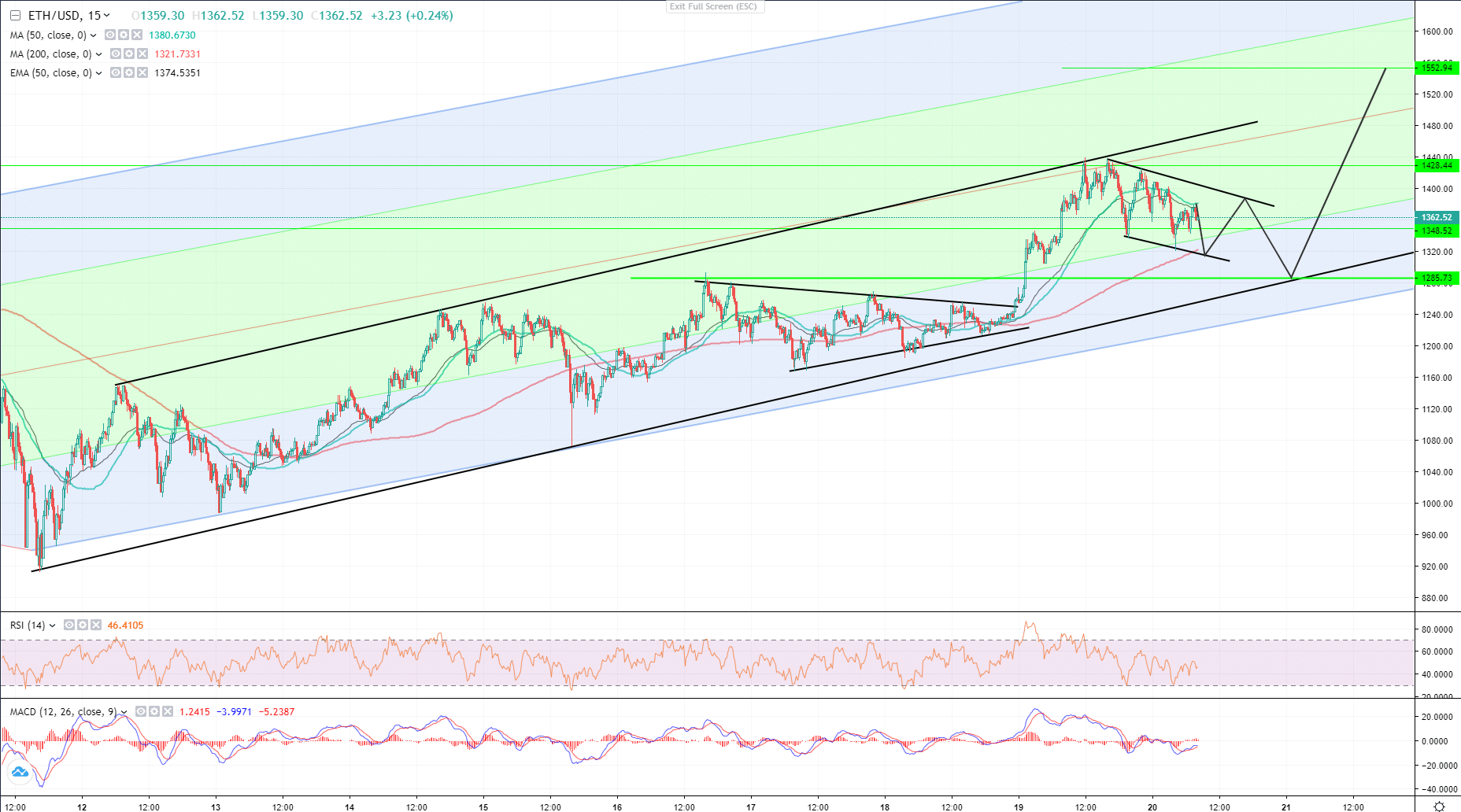 As seen on the chart above, there are two important levels to watch closely, one is the January 10 resistance, which was tested as a support previously and a resistance of January 16 high at $1291. The best scenario for Ethereum is to test the $1300-1285 area as a support, do not close below the lower threshold of the ascending channel and continue uptrend. If the breakout from the bullish flag is confirmed, watch for levels at $1502 and $1550.

Ethereum gas fee plummets as NFT sales and DeFi activity on the platform are on a sharp decline over the last two months.