The ETH is going down slightly Thursday, trading at around $245.01. 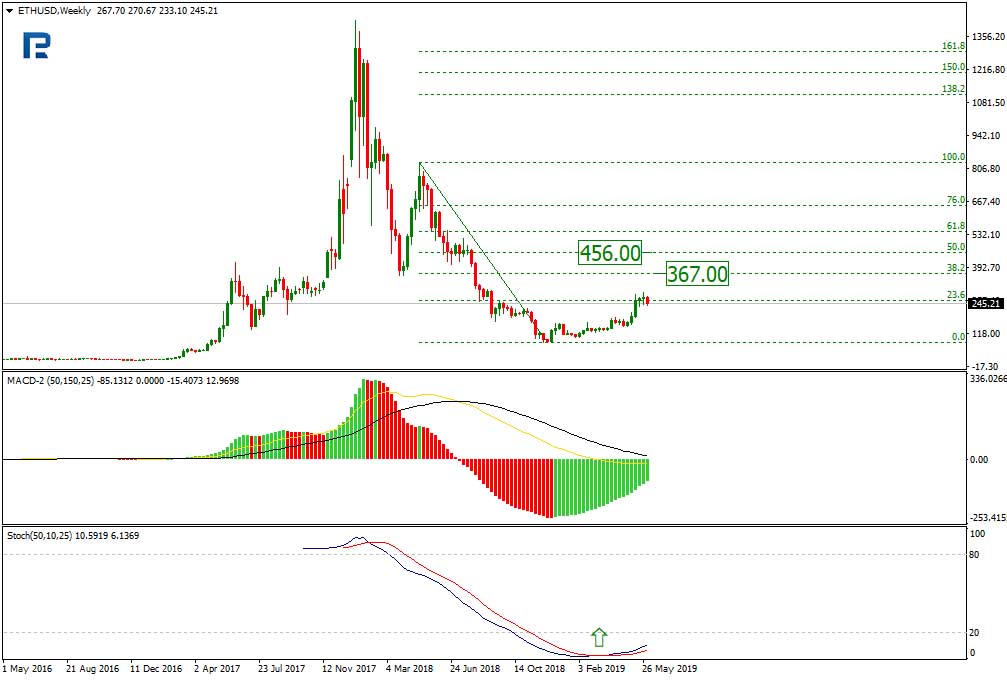 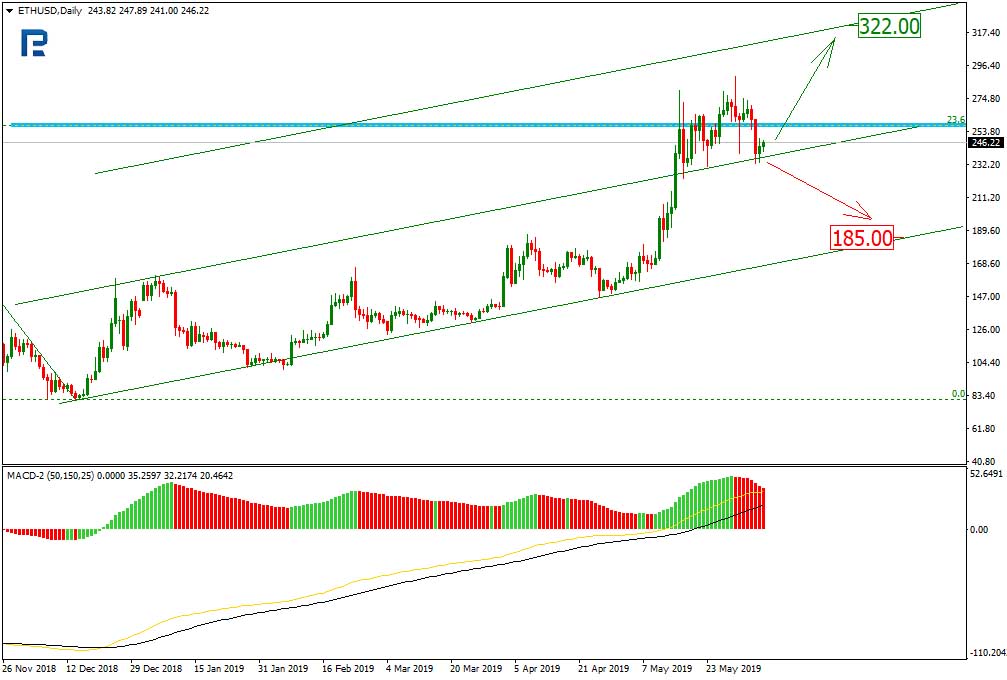 On H4, a triangle has been formed. The Stochastic is up, and the price is reaching the short term descending channel resistance, which means the ETH is likely to rise after a breakout. Conversely, the triangle may get broken out top down, which will fix the price below the support at $237. 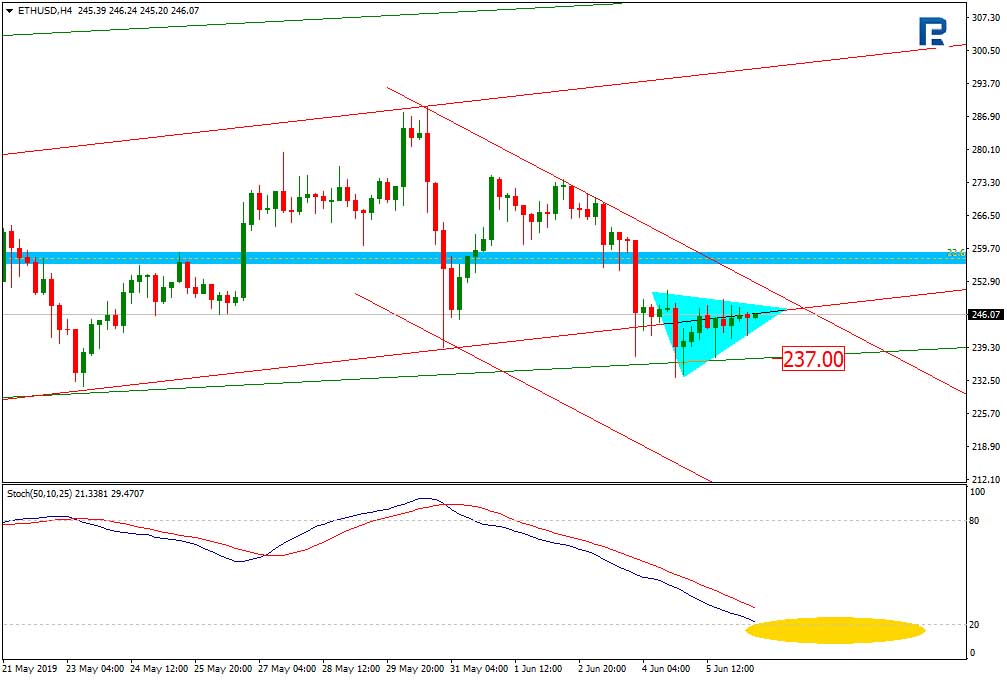 Vitalik Buterin, Ethereum creator, said Bitcoin SV was a con, as it is designed for a few people to get msximum profit. The people behind the fork did not ever want to make it an easy financial tool, he adds, their only goal being to earn money on investors.

Buterin does not like Binance either, saying it is very slow at processing transactions, which is not good for the users’ interests. Besides, Binance’s fee is slightly higher than other exchanges’, and the listing is too expensive. Finally, Buterin says it is too much centralized, which is very bad for the crypto sector development.

Ethereum, meanwhile, is focused on security. In late May, Buterin spoke on a transaction mixing system that could boost the security drastically. This could be a good tool, and while the fee may increase, Buterin thinks it is well justified.

Cross Finance wants to build a one-stop platform where users can yield-farm & swap on not just one but many blockchains on which DeFi dapps are hyperactive.

Cryptocurrency exchange Binance is going to launch Alpha Finance Lab (ALPHA) on the Binance Launchpad as well as on its Launchpool platform. ALPHA lottery-styled token sale commenced on September 30.

DeFi-based projects are continuing to surge and their total value locked has reached about $11 billion. Therefore, Binance, the world’s leading crypto exchange, has decided to adjust its business model to tag with the DeFi ecosystem.

Lab for researching and innovating in the DeFi space

Flow, the blockchain for open worlds