On Thursday, October 31st, the ETH is still declining but the activity of the sellers have decreased significantly. The cryptocurrency is generally trading around $182.70. The investors are perplexed about further movements of the asset.

Dmitriy Gurkovskiy, Chief Analyst at RoboForex, shares his vision on the possible scenarios of price movements for Bitcoin and some popular altcoins.

On W1, the downtrend has slown down for a correction. The current dynamics, upon approaching 61.8% ($146.68) Fibo, start looking as a triangle. It should be mentioned that the quotations have escaped the upper border of the current channel and may test the resistance line of the main long-term channel. The aim of the test may be at $221.50. However, as long as the mid-term movement may be characterized as a pullback only, there is another decline to the year’s minimum of $80.86 expected after it. Further decline is confirmed by the descending lines of the MACD. 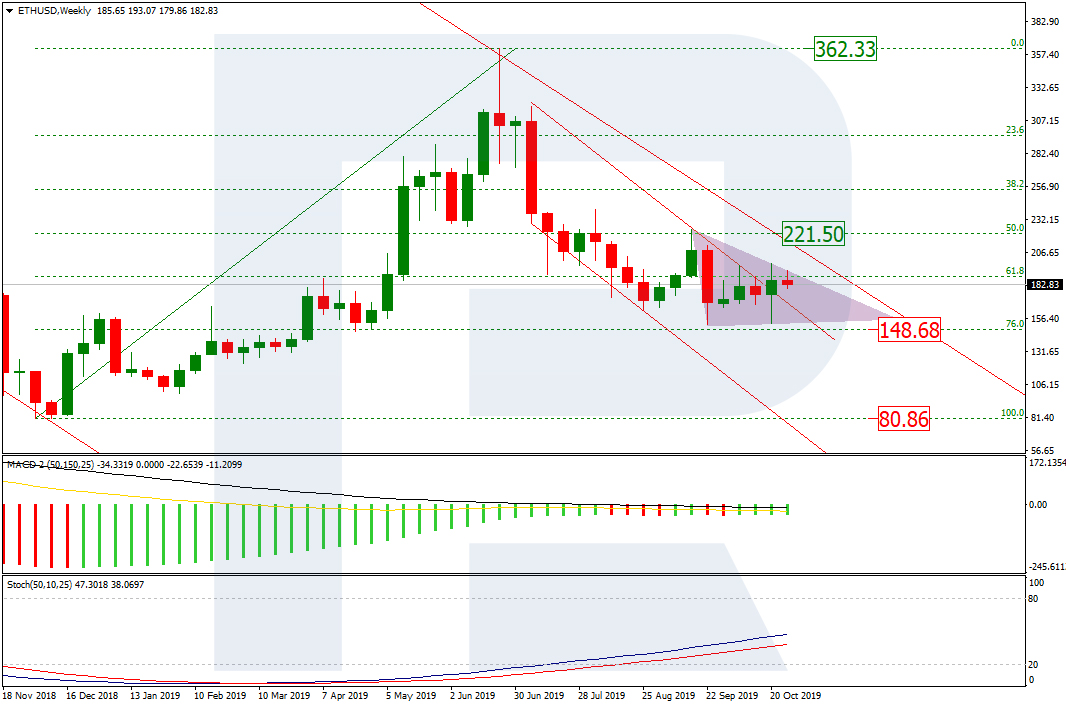 On D1, the ETH/USD quotations have formed a correctional flat after a convergence on the MACD. The movement is constricted by the support and resistance levels at $153.30 and $199.50, respectively. We might suppose that a breakaway of one or the other border will signal further development of the situation. 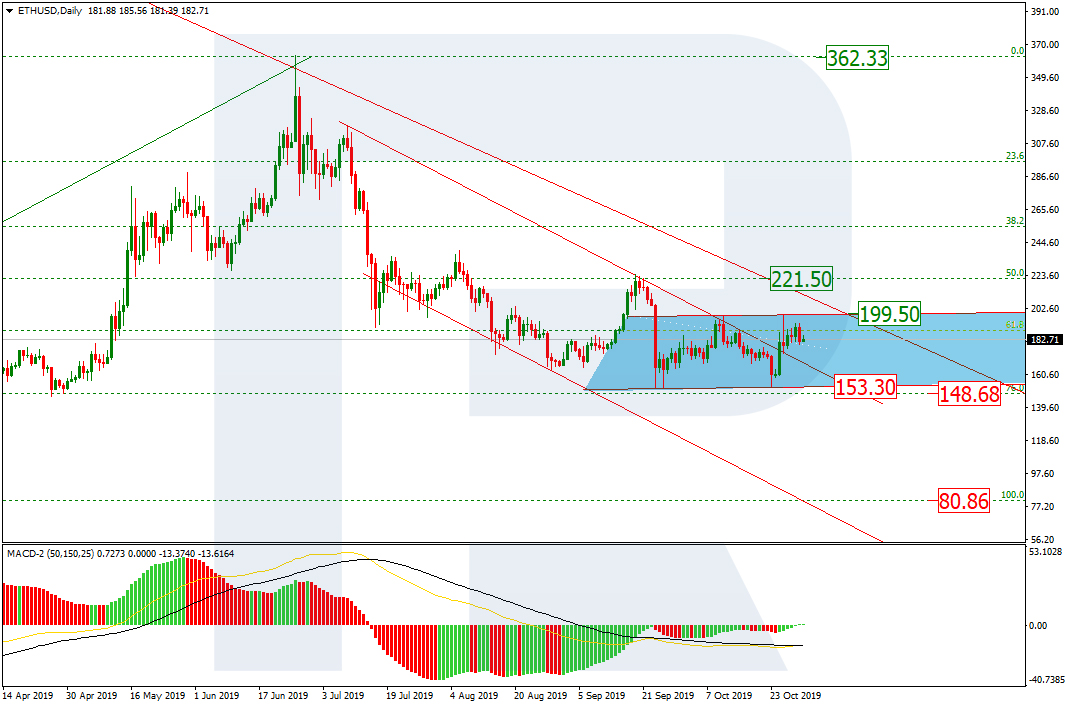 On H4, the quotations have begun a correction after testing and bouncing off the upper border of a flat. It is also worth mentioning that the Stochastic has entered the overbought area and formed a Black Cross. This suggests a potential decline to $166.60 and then to the support at $153.30. 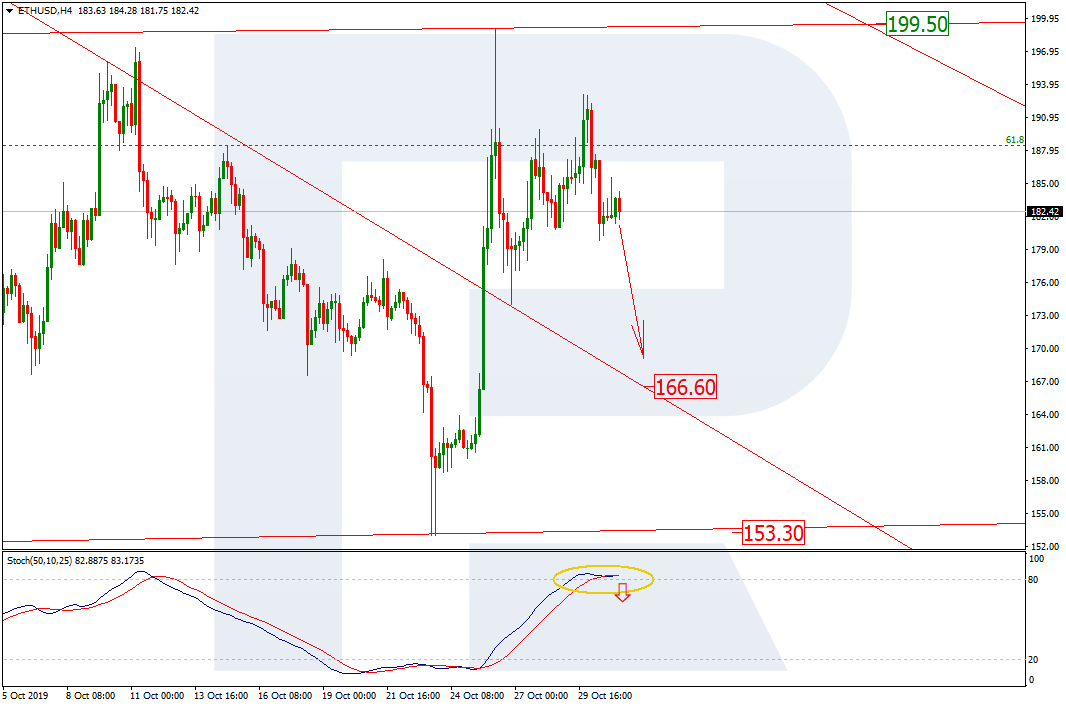 Tether has switched from Omni to the Ethereum blockchain, transferring 300 million tokens from the former to the latter system. There was a third party involved in the transition process, however, it is not revealed. The overall supply of the cryptocurrency remained without change. Currently, the USTD share on the Ethereum blockchain is evaluated as 44%, which is more than there were tokens remaining in Omni (39%).

The Ethereum makes a decent profit on the commission fees for using its blockchain. Tether is known to have spent no less than $378,000 on the fees this month only.

According to the CFTC chairman Heath Tarbert, the commission is ready to consider and even approve the application for launching the Ethereum futures; however, there have been no such applications submitted yet. The financial regulator could consider such applications as a part of the routine and approve them for those companies that comply with its rules. Such contracts are likely to appear in six to twelve months.

The demand for the ETH futures may be higher than that for the BTC futures that are already functioning on certain exchanges.

When an Odd Fellow NFT is acquired, it is not just an avatar or a tricky piece of art. It is a ticket, membership access to the secret society with benefits and offerings growing after a while.

Fantom has witnessed strong growth and popularity in a very short time. It has become one the strongest Ethereum Layer 1 competitors leaving behind the likes of avalanche, Terra, and Solana.