God created the Garden of Eden and blockchain has built the metaverse, both of which are the paradise for human beings. The difference is that the former comes from the Bible, while the latter is experiencing savage growth.

In the long history of the metaverse, what is needed is more like the three-masted sailing ship (“Hela DeFi“) on the Nile. As a new generation of decentralized financial ecosystem platform, Hela DeFi features an ingenious FBA new trading model, which is seemingly a simple innovation, but can be one giant leap for the metaverse and Web3.0. Besides, it can break the deadlock to seek the priority for DeFi 3.0 development, and open up the new economic landscape. 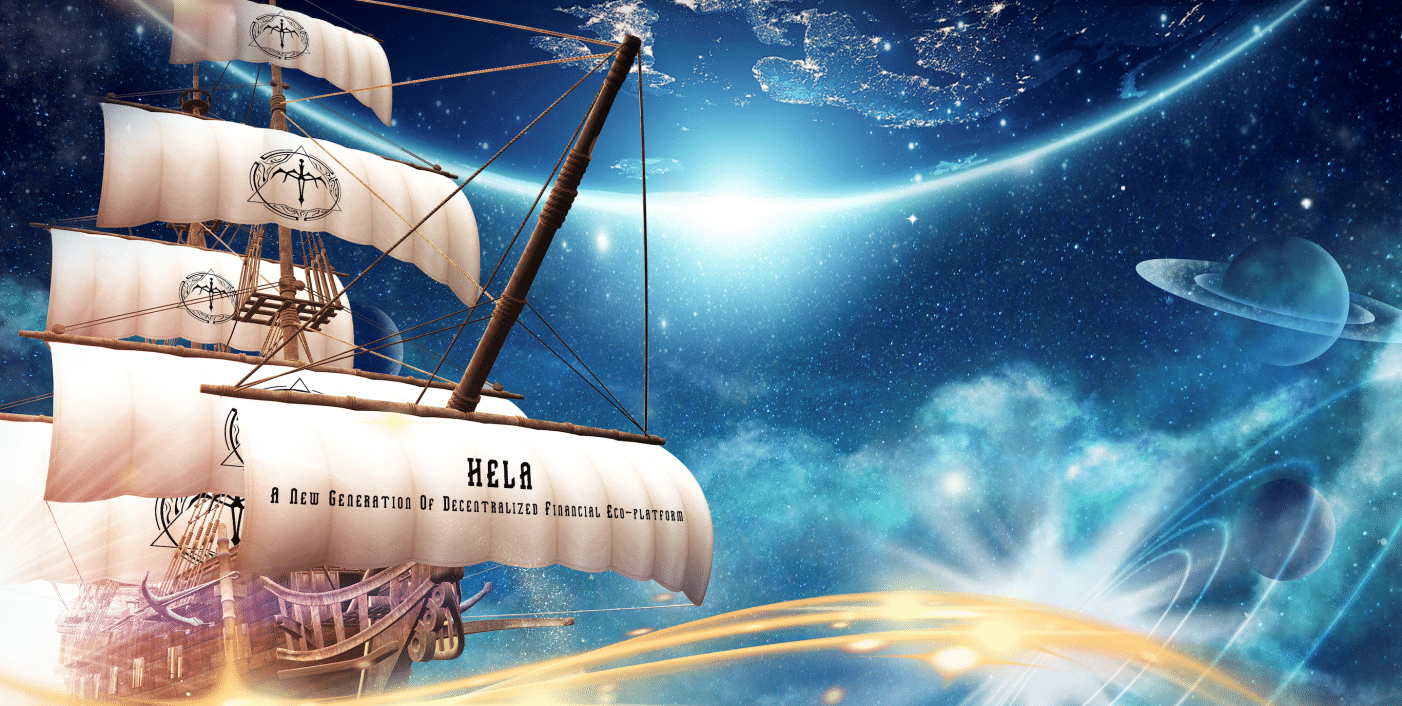 Web3.0, the Hercules to Clean the Augean Stable

The financial industry has been notorious for age-old malpractices.

From centralization to decentralization, the financial industry is still the Augean Stable to be cleaned even to this day. Yet it’s a complex industry, involving macro levels such as economy, politics and finance. Here, we’re going to start with the concept of Web 3.0, which is hot these days.

In today’s globalization, black swan events are often consequences of the butterfly effect. For example, the great American housing bubble triggered the US subprime mortgage crisis, which then evolved into the global financial crisis of 2008. However, it was also because of this event that Satoshi Nakamoto published his wildly influential Bitcoin whitepaper, ushering in a new era of decentralized finance.

It was assumed that with the development of science and technology, the tumors of traditional finance would be removed bit by bit. Yet these tumors are more like cancer cells. If you remove it today, it’s gonna spread to another place tomorrow, or even a relapse, causing more serious problems.

This is true of the financial system under Web 2.0. It has changed problems such as insufficient liquidity, poor transparency, lack of risk control system, and insufficient product innovation of Web 1.0 financial system. However, have these problems been solved once and for all? No, except that the Web 2.0 risk management system is an upgrade from Web 1.0, e.g., Web 2.0 has established a multi-dimensional risk regulation system including risk identification, assessment, early warning, regulation and response, and appropriately introduced some external partners, so as to minimize risks.

Note that Web 2.0 has just minimized these risks, while opaque and unfair practices such as information opacity, market dominance by financial institutions, and heavy reliance on centralized institutions persist and even escalate.

Thus came Web 3.0, with decentralization at its core.

The reason why the concept of Web 3.0 is gaining traction lies mainly in the current alignment of technology and needs. It is driven by people’s recognition of the huge economic and social values created by Web 1.0 and Web 2.0. Therefore, people are seeking more efficient information transmission methods and expecting more ecological application scenarios. 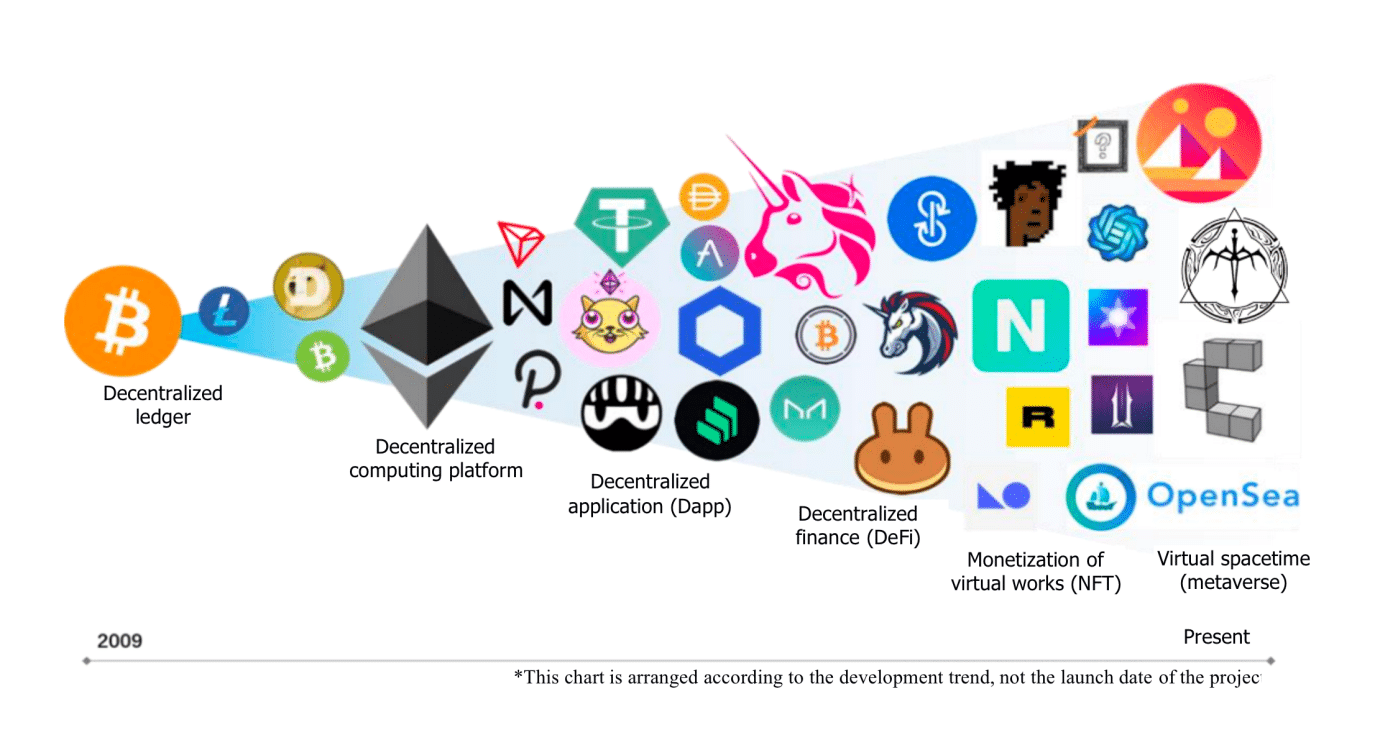 Evolution of Web 3.0: From Bitcoin to the metaverse

In a macro sense, Web 3.0 will be the underlying network architecture of the much-discussed metaverse. Its application will break the boundaries of the Web2.0 ecosystem, to the extent that the complexity and combination of applications will be unrestricted, thus promoting the convergence of “real world” and “virtual world”. With the help of distributed technology (blockchain), countless new applications (Dapp) have emerged, from decentralized peer-to-peer ledger experiments to decentralized smart contract platforms. As a result, DeFi has become the digital equivalent of “financial services”, while NFT has accelerated the on-chain of assets.

In this context, Hela DeFi, a new generation of decentralized financial ecosystem platform, was born. It is a revolutionary financial product built by DeFi 3.0, DAO, NFT, and Web3.0. 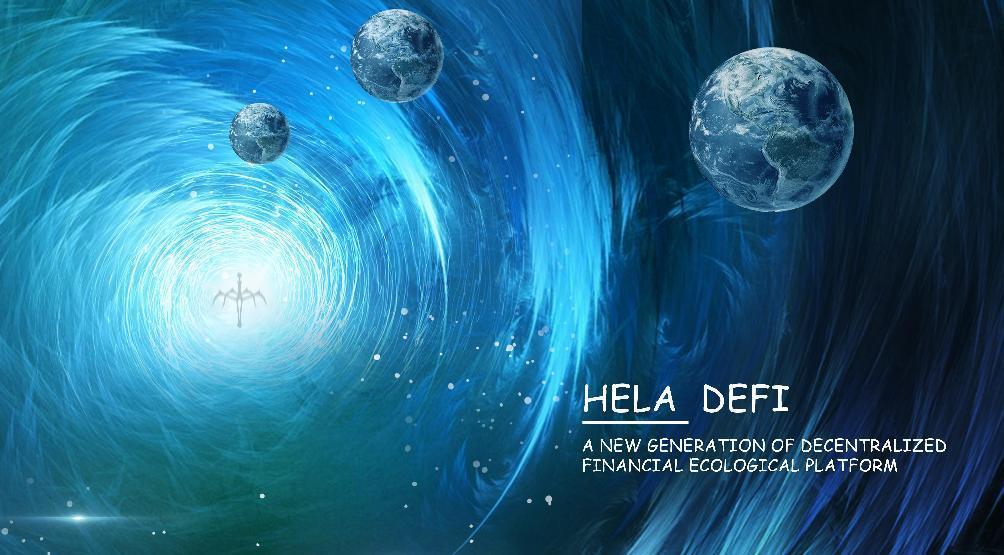 The core logic of Hela DeFi is to initiate the Hela FBA innovative trading model through the two-way collaboration between AMM and order book, i.e., an innovative de-aggregation order trading mechanism based on the evolution of DeFi+DAO innovative finance. Hela is characterized by community-driven development, code-based completion of token transaction circulation and award distribution through on-chain smart contracts and multiple financial incentives. Therefore, Hela features asset transparency, sustainability and efficiency. Without the need of trust, codes are automatically executed and secure, and tokens have a deflationary model. Web3.0 market value management can be executed automatically. Hence, it is very competitive in the market.

Hela DeFi, a Three-masted Sailing Ship on the Nile

The Nile valley is one of the birthplaces of world civilization. “Egypt is the gift of the Nile,” said Herodotus, an ancient Greek historian. The Nile, the world’s longest river, has made outstanding contributions in the history of scientific development. The advent of the three-masted sailing ship changed the history of the West, lagging behind the East in shipbuilding technology, and also changed the role of the West in world trade. So why do I say Hela DeFi is a three-masted sailing ship on the Nile?

Because in the long history of the metaverse, what is needed is more like the three-masted sailing ship (“Hela DeFi”) on the Nile. One small step for innovation means one giant leap for the metaverse.

Taking liquidity as an example, the modern financial transaction system, and even the entire monetary system, can be said to be constantly evolving and innovating around “improving the liquidity of market transactions”, and decentralized finance is no exception.

From DeFi 1.0 to DeFi 2.0, the AMM mechanism proposed by Uniswap was the prelude to DeFi Summer, while Compound and SushiSwap introduced liquidity mining incentives for typical DeFi projects, providing liquidity to the early Compound and SushiSwap. Motivated by profit, users enter the project. However, with the continuous release of liquidity mining reward tokens, the market circulation is increasing. According to the supply and demand, the price of tokens cannot be maintained at a relatively high level, and there will be gradually less APR to reward users. At this point, profit-seeking users are more likely to leave, looking for a higher APR.

DeFi 2.0 gained more attention in the second half of 2021 as the development of DeFi entered a fever pitch. In essence, DeFi 2.0 still focuses on token liquidity and aims to improve the efficiency of capital utilization. However, compared with DeFi 1.0, DeFi 2.0 focuses more on the sustainability of incentive models, better composability and more encrypted native organization and governance structure.

Olympus, the algorithmic stablecoin project, is one of the innovators behind DeFi 2.0.

Olympus opened up the bond market and users could buy OHM platform governance tokens at a lower discount, which could not only continue to provide value support for the Treasury of Olympus and attract more liquidity, but also create a win-win situation between users and Olympus. This way of selling bonds did inject liquidity into the early stages of the project, but Olympus constantly incentivized its users to buy OHM through bonds or DEX and pledge OHM for super-high yields. This model (3,3), fraught with FOMO nature, is not sustainable. The price of tokens drops, the yield is down, users and projects may suffer huge losses, and liquidity has gone. Users also had to contend with volatile losses. In fact, OHM’s price has fallen more than 90% since November 2021.

Good token liquidity means that tokens have richer application scenarios and better transaction depth. How to improve token liquidity is a very important core issue for the whole Crypto.

DeFi 1.0 to DeFi 3.0 are constantly evolving and innovating around “improving the liquidity of market transactions”

The Hela FBA trading model allows traders to buy or sell assets at current market prices. The trade execution model automatically matches system buyers and user sellers within the rules of token swap liquidity, and anchors the exchange rate ratio of two capital pools in the on-chain data at the time of initiating the transaction as the price for automatic market trading, and users have not to choose prices. With Hela’s twin trading engines working in concert, the same HELA-USDT trading pair adopts both AMM model and order book model. With two system pools, once users trade, the price changes in the target pool. Through the free market regulation mechanism, the price of the other pool is gradually moving toward the target pool, thus reducing the price difference.

As assets flow, the stablecoin and $HELA in the Hela protocol will form an exchange rate. Since both buying and selling reduce the circulation of HELA tokens through different mechanisms, it can be argued that HELA is an infinitely deflationary model, which enables the market value of $HELA to show a steady rise.

The two operating systems work together to improve the liquidity of HELA-USDT trading pair. The higher the liquidity is, the smaller the spread is, because the depth of supply and demand at each price level will be good. The charm of such a disruptive model is enough to attract numerous KOLs and large communities to join in and continue the promotion cycle for a long time.

It is worth mentioning that Hela ecological protocol has skillfully integrated NFT and DeFi technology, and will issue 1,000 original HELA-NFT in limited quantity in accordance with ERC721 before the launch of agreed products, to serve as the certificate of dividends and interests. HELA-NFT users are identified as nodes or core members of the HELA ecosystem and will be rewarded with a series of future ecologically exclusive and perpetual dividend benefits, including HELA DeFi protocols. The limited release of HELA-NFT will perfect the HELA protocol ecosystem.

In addition, Hela will build a jackpot system based on DeFi.

Hela DeFi meets the needs of different users through diverse and interesting gameplay such as transaction mode, incentive plan, and Hela Lucky, as well as Hela financial innovation ecosystem composed of automatic execution of smart contracts. In particular, it avoids the unfair situation of “first come, first served”. Both regular and new users follow the fair, just and open rules. The diverse and interesting gameplay is independently implemented and synergistic. Multiple deflation and backflow make the value of $HELA stable and expected to show an upward trend according to market conditions.

Just as Neil Armstrong’s small step on the moon was a giant leap for human civilization, innovation sometimes requires only a few changes. Hela DeFi adds an order book model to the AMM model, which is also a giant leap for DeFi 3.0, metaverse and Web 3.0. 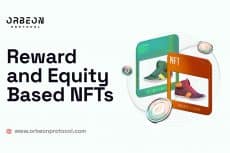 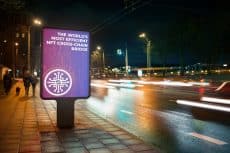