HTC has revealed its plans to build a native blockchain smartphone named Exodus, which will support underlying protocols including Bitcoin and Ethereum.

Smartphone manufacturer HTC has announced its plans to enter the cryptocurrency ecosystem and blockchain industry by developing a new Android smartphone that will be powered by blockchain technology. In the late 2000s, this Taiwanese firm introduced a smartphone based on the Android operating system and now it wants to go further.

The phone is named HTC Exodus and it is described by the company as the “world’s first native blockchain phone”. Exodus will have a universal native wallet and a built-in secure hardware that will provide support for cryptocurrencies and decentralized applications (DApps).

HTC Exodus will also support underlying protocols such as Bitcoin, Lightning Networks, Ethereum, Dfinity, and other major networks. Moreover, it is expected that some more partnerships will be established later in order to support the entire blockchain ecosystem.

Exodus can be considered to be a mobile connecting point to the world of decentralized networks and a storage device that will be very useful for those who want to have a simple access to their cryptos. 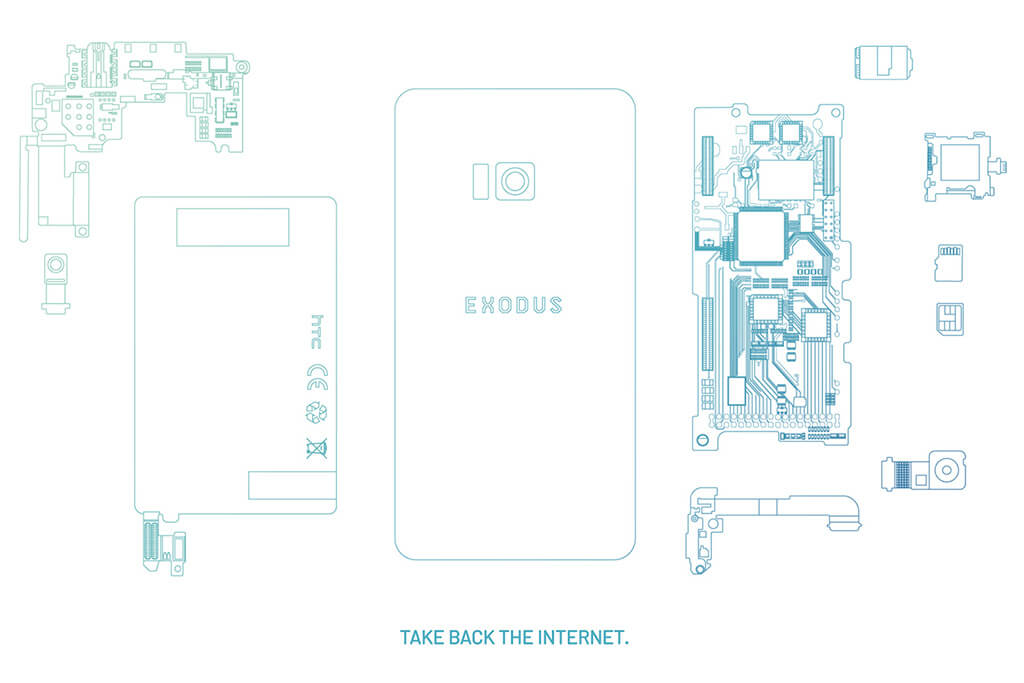 The work on the development of a new device will be headed by Phil Chen, who earlier worked on creation of HTC’s virtual reality headset Vive. And now he is back to wow the world with HTC’s advanced device and to manage all the company’s cryptocurrency and blockchain-related initiatives.

“I want to see a world where the end consumers can truly own their data (browsing history, identity, assets, wallets, emails, messaging, etc) without the need for central authorities. There is a lot of work ahead of us, but I believe the mobile hardware layer can contribute significantly to our new decentralized world,” said Chen.

Though the price of the new devices is still unknown, it has been announced that the company is going to start distributing the device by the end of the year. Moreover, it is expected that HTC will accept cryptocurrency as a way of payment for its new phone.

But it is not the first attempt of mobile phone makers to enter the crypto world.  As it has been previously reported by CoinSpeaker, in December, Sirin Labs raised more than $100 million in less than 24 hours for the development of their blockchain smartphone called Finney.

In general, the company raised $157 million in its ICO to build Finney. Sirin Labs has an aim to eliminate the gap between the wide audience and the blockchain economy and promises to introduce their new phone in October.

Another tech giant, the world’s third-biggest handset maker Huawei has also taken a decision to make cryptocurrencies more available for its users, offering them an access to a Bitcoin wallet via Huawei’s native AppGallery. As we have already written, such a move will be possible thanks to the partnership between Huawei and the owner of the world’s largest Bitcoin mining pool BTC dot com.

Coinbase has been showing interest in Web3. And for this reason, the platform has been keen on expanding its product offerings.

ILCOIN has coordinated with SYDYG to develop the first ever Blockchain VR gaming experience, called Age of ILCOIN. The game went live on Steam on the 2nd of November, 2020.

According to Sensorium Galaxy, all Guetta’s performances will be hosted at the PRISM world. This a hub for music events developed in partnership with Yann Pissenem, CEO and Founder of The Night League as well as creator of the world-leading nightclubs Hï Ibiza and Ushuaïa Ibiza.