Speaking at the Intel Developer Forum 2015, Intel’s team gave details of its new Curie module and uncovered the key projects targeted at the Internet of Things developers.

California-based tech giant Intel revealed its commitment to the Internet of things (IoT) during the Intel Developer Forum, held on this week in San Francisco. At the forum, the company claimed that it’s currently concentrated on the Internet of things and highlighted some of the projects aimed at IoT developers.

Intel’s IoT Group’s senior vice president Doug Davis took part in a Mega Session to discuss the potential of the Internet of things.  He noted that the overall number of connected devices is anticipated to reach more than 50 billion globally by 2020.

Intel CEO Brian Krzanich gave details about its Curie module that was first presented at the CES conference this year. The module is designed to make easier the production of wearable devices.

The Intel Curie is a coin-sized low-power hardware product based on the company’s first 32-bit Quark system-on-chip (SoC). It includes 384KB flash memory, bluetooth LE chip, 80KB SDRAM, 6-axis sensor with accelerometer and gyroscope and an integrated DSP sensor hub. These wide set of features helps the company to satisfy the needs of its customers. 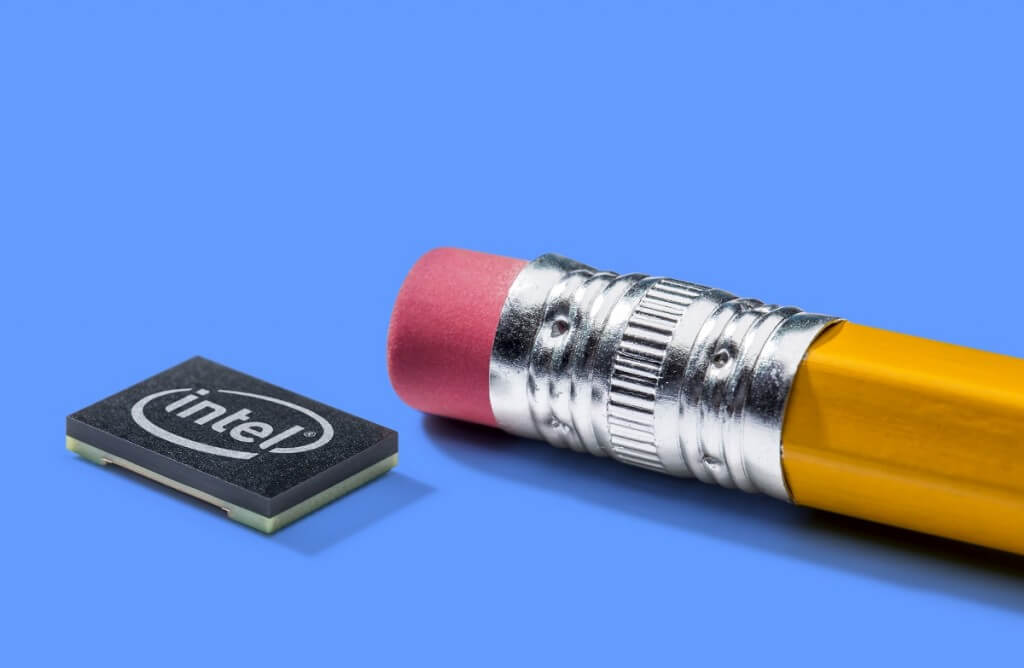 The Intel Curie module isn’t much bigger than a pencil eraser but will power the next big thing in wearables and small-connected devices. Photo: Intel

The Curie can, for example, be used in extreme sports, and can be set into the handle bars and car seats. The module gives information on the rotation and how the bike’s body and handles move.

In order to drive the creation of wearable devices based on the Curie model, Intel is offering a complete software solution with a real-time operating system (RTOS) and Intel IQ Software kits to be integrated in the wearables. The company also noted that it is going to launch Identity IQ and Time IQ by the end of the year.

As part of the initiative on making IoT communication more secure, Intel has developed a protocol, called Enhanced Privacy Identification (EPID). The technology ensures high level of privacy for IoT devices and enables the users to receive the service without giving their personal data. Intel added that Atmel Corp. and Microchip Technology Inc. have already integrated the EPID technology.

The EPID technology will create a “silicon level root of trust,” Mr. Krzanich said. “That means security is built in at the deepest hardware level of the system. We’ll make our vision of a secure Internet of Things a reality,” he added.

Additionally, Intel is working with Micron on the development of products based on the 3D XPoint storage and memory platform. The first samples, which can be used in mobile healthcare or gaming, are expected to be introduced later this year.

And last but not the least. Wind River Helix App Cloud (Wind is an Intel company) provides a software development environment in a cloud-based platform that makes it possible to develop applications for IoT, independent of device operating system and hardware complexity.

Beyond the ability to safely, securely and easily access their development environment from anywhere, developers can customize and maintain their connected devices throughout the IoT product lifecycle – from design to operation. App Cloud will be part of the Intel IoT Developer Program.

Google remains one of the few American tech outfits that still have some level of operations in Russia.

Qualcomm investors in the United States seem not to be confident in the news yet as the company’s shares are down.