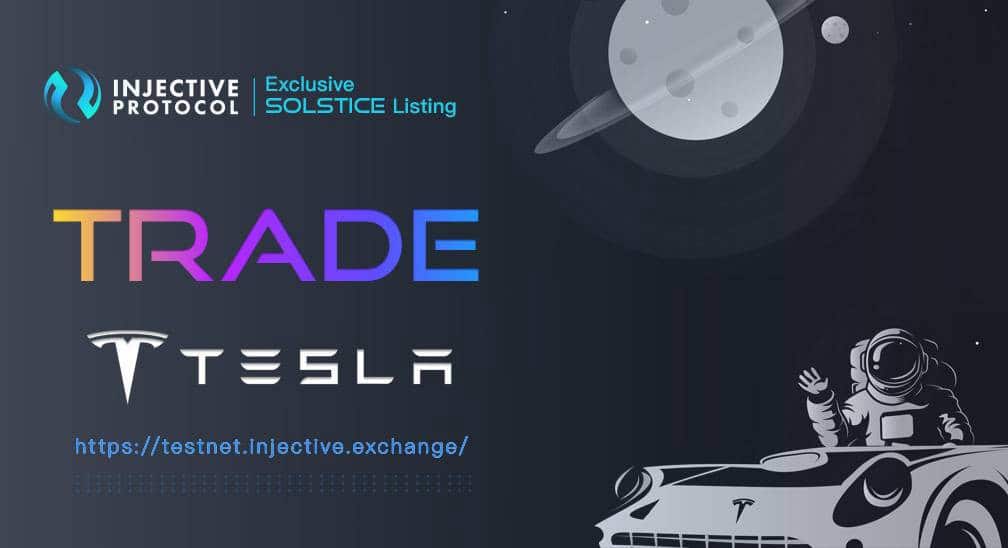 We are thrilled to launch Tesla futures trading on Injective’s Solstice Pro Testnet! This marks the first time in history that Tesla futures can be traded in an entirely decentralized setting.

Tesla is a rapidly growing Electric Vehicle company created by Elon Musk who recently became the wealthiest man on Earth.

The Tesla stock has also had a blockbuster year throughout 2020, becoming one of the best performing large cap stocks last year in the traditional markets. Tesla is by far the most traded stock by value on Wall Street, with $18 billion worth of its shares exchanged on average in each session over the past 12 months, easily beating Apple, in second place with average daily trades of $14 billion.

It is for this retail interest and high trading volumes that we have chosen Tesla to be the first futures market on Injective.

The first Tesla future on Injective will be live starting now on the Solstice Pro Testnet.

Over the coming weeks we plan to add a number of new stock futures on Injective so stay tuned!