Wilder World is an alluring, layered Metaverse with a wide range of applications that appeal to creators and collectors.

We are at the dawn of metaverses with Decentraland, SomniumSpace, and CryptoVoxels all competing with each other within the same realm. Coming in May, a whole new experience in Wilder World will be available, created by a team of Wilders including famous 3D digital artist and NFT creator, Frank Wilder. Known for their subversive takes on immersive 3D art, the Wilders are building an NFT-powered metaverse.

Wilder World will be completely decentralized and operated as its own DAO, called the Wilder Artists Guild, employing Zero.Space as their operating system to create a whole new photorealistic world owned and operated by artists. Photorealistic is a key word as many NFT and metaverse enthusiasts have noted the regressive and blocklike graphics in the current available metaverses. There are advantages to being the first movers in this industry, but if you can’t grow your player base or make your NFTs accessible to a wider audience, another world will come along to offer this.

After going to Wilder World and applying as a collector, I answered some questions about my familiarity with NFTs. Then I received an email from the Wilder World team noting that their product will go live in May and that more information will be shared “as we go.”

From what we know, there was a ‘phase one launch’ which featured a Global Art Gallery in augmented reality. The next roll-out will be phase two, which will feature “a fully immersive mixed reality called Wilder World 3D.” This means Wilder World will be implementing a ton of new developments.

Wilder World will be built and sustained by two tokens on top of the Ethereum blockchain.

$LOOT: The fully decentralized dynamic token is backed by Ethereum and NFT artworks created by Wilder Artist Guild members. LOOT will be ecosystem-oriented to grow activity, members and token adoption. All transactions in the Wilder World metaverse will utilize the LOOT token. It also features programmatic liquidity and stability that adjusts as Wilder World grows through a bonding curve model and a dynamic reserve ratio.

The WILD token ($WILD) is owned by the community and acts as the DAO’s governance token. Used for network growth incentivization, WILD will also govern the $LOOT token reserves, supply ratio and bonding curve metrics.

With a self-sustaining and decentralized economy built on Ethereum, there will be no middleman in any NFT sales; just network gas fees. There are also other features that are not yet available on many other metaverses: 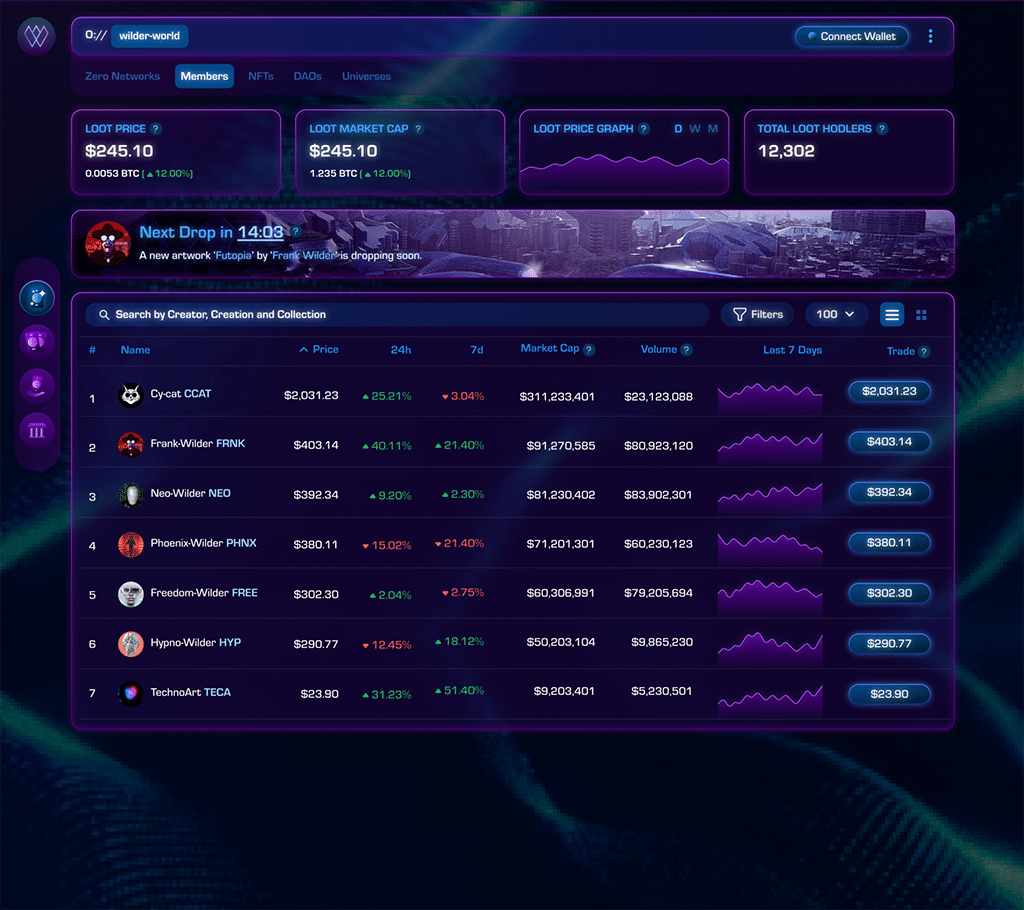 For Gamers or for Artists?

As a gamer and an NFT enthusiast, my expectations for metaverses were tempered when I wandered around Decentraland, SomniumSpace and CryptoVoxels. The spaces seemed antiquated in terms of visual quality. I wanted to buy a parcel but the prices seemed enormous for how sparse the spaces were. The few people I met on Decentraland were very nice and engaging but I couldn’t help but think that they were being paid to hang out on the space. There seems to be two primary motives to these metaverses with many downsides: 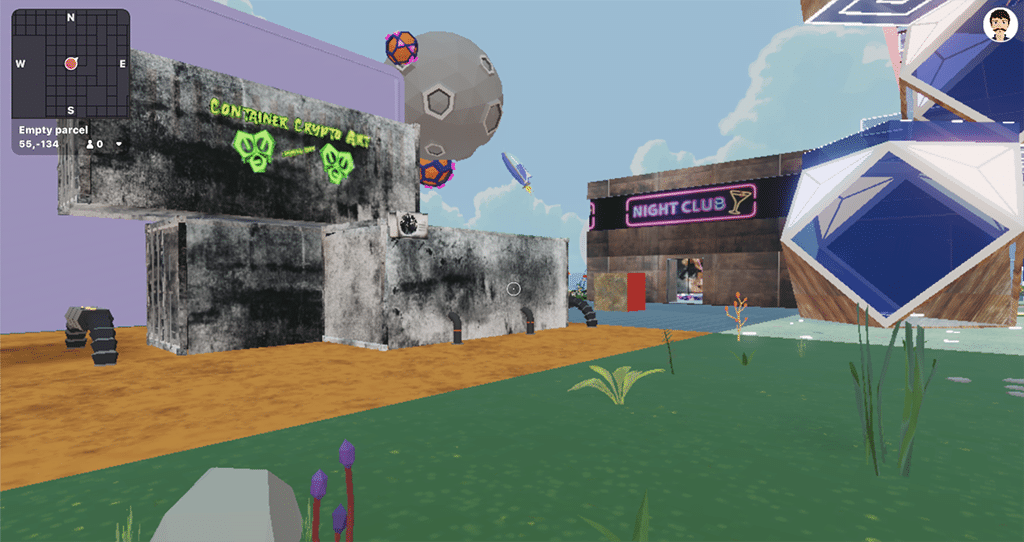 As an appreciator, I was not impressed. As a gamer, there was zero interest whatsoever. Maybe it was the graphics, maybe it was the inaccessibility to buy NFTs in-game nor pool money with friends to share an NFT in-game.

Wilder World’s photorealistic graphics and stunning environment can attract a large enough gamership that partakes in an engaged economy of building art and infrastructure. Wilder’s focus on creators and artists gives hope that there will be an aesthetically pleasing and hype-inducing marketplace that can bring the metaverse to the mainstream. There will be mistakes and bugs to fix, as they are only rolling out phase two, but I hold a lot of optimism for the potential of Wilder World to become the king of metaverses.

While more regulatory approval still has to be sought for the NFT Investments and Pluto Digital deal, the former company’s shares which are trading on the AQSE Growth Market will be suspended temporarily until the discussions are finalized.

Press Release Monkeyland Is About to Start Its First NFT Sale, the Next Wealth Password that Many KOLs Are Concerned About
By Kseniia Klichova January 24th, 2022

Monkeyland is a collection of 3999 ERC-721 NFTs on Ethereum, a monkey experimental P2E NFT game that builds, trains and watches 3999 monkeys grow in the metaverse.

Within this metaverse strategy, South Korea aims to activate the ecosystem for metaverse platforms, nurture professionals, foster companies as well as create a safe environment for all metaverse users.