Greg Waisman, the co-founder and COO of the fintech company Mercuryo, shares his insights about the Bitcoin (BTC) and Ethereum (ETH) weekly price movements. How institutional demand pushes Bitcoin to new highs.

Bitcoin and Ethereum, the crypto industry’s largest coins by market cap, have seen a lot of new developments lately, which certainly helped their prices recover from the mid-February losses. However, after they recovered to certain higher levels, Bitcoin kept slowly climbing towards its past ATH, while Ethereum appears to be stuck below $1850.

Ethereum Now on Xetra Marketplace, while Bitcoin Gets a Third ETF in Canada

Of course, it is worth remembering that Bitcoin is a network with only one asset – BTC. On top of that, it is the biggest crypto brand, the first and largest coin, and definitely the most dominant cryptocurrency in the market. Ethereum, on the other hand, is a development network, and while most of the new developments tied to smart contracts, DeFi, dApps, and even many altcoins are in some way tied to ETH network, Ether rarely gets to grow due to such development.

However, it does follow BTC quite closely, and it did see some important new moves recently. For example, ETC Group recently managed to get Ethereum ETP on Deutsche Borse’s Xetra marketplace, which is a major thing for Ethereum itself. It makes it available to those who do not wish to actually have to own and manage the coin, which often includes institutions, so it might help ETH get more exposure.

It is also worth noting that Ethereum’s Vitalik Buterin mentioned a potential solution that would reduce transaction cost and speed up DeFi activity, which is the use of Layer-2 solutions. According to him, L2 might help the network scale by a factor of 100x, which would be a major improvement.

Meanwhile, Bitcoin has seen its own major developments, including the launch of the third Bitcoin ETF in North America. This one was also launched in Canada, although this time, by Mike Novogratz and his Galaxy Digital.

The coin also saw another major whale movement, where a single entity started transferring coins that were acquired all the way back in 2013 – 10,000 of them, at that. This might reflect badly on the BTC price, as whale movement often leads to mass coin sales, and the movement of these old whales has an even bigger impact.

Fortunately, it seems that institutional investors don’t care much for whales, as Goldman Sachs recently reported a massive surge in demand for BTC, which could even lead to a boost in crypto usage.

While both, BTC and ETH seem to be seeing progress in terms of adoption, their prices have been telling a different story. Ethereum, while it clearly did grow from the second half of February, only managed to reach $1850. This level then started acting as a major barrier that held it down since March 8th, forcing the coin to trade sideways. ETH did see some minor fluctuations, and it continues to make attempts to breach the resistance. However, so far, it did not have much luck. 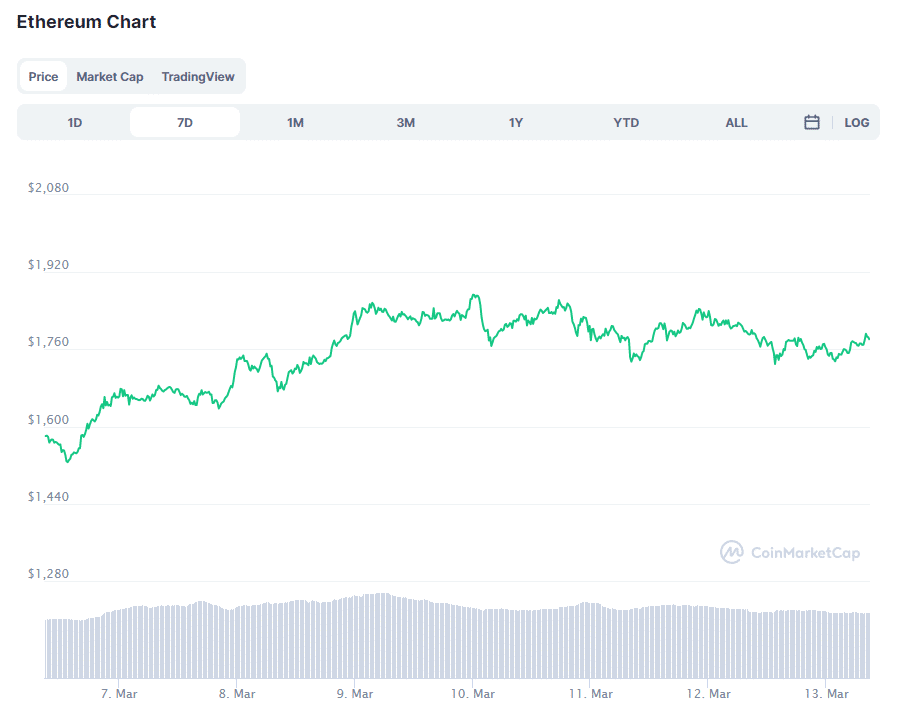 Bitcoin, on the other hand, has been seeing slow but steady growth. The coin did run into resistances here and there, and its price was rejected. However, it always managed to recover and go past the resistance that was blocking the road, even managing to reach $57,995 yesterday. Its price corrected since then, but the coin is once again trading in the green, indicating a new growth. 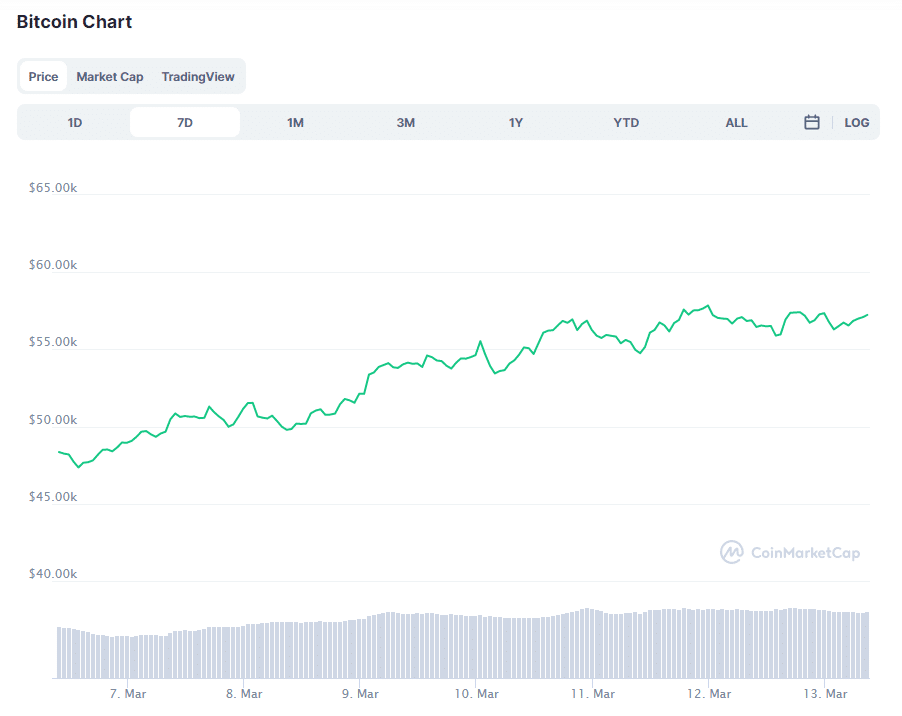 It is possible that BTC could reach $58k again over the weekend, and potentially surpass this level and go to its all-time high. As for Ethereum, its further progress remains on its ability to breach the resistance at $1850. If it manages to do so, it could keep going and start using this level as a support.