There is a perspective within certain circles of the blockchain community that marketing is the most important aspect of a project, this view often leads to a focus on promotion above all else. Additionally many projects based in Asia have been careful about sharing internal information about their teams, even Binance’s CEO on their recent video for their new decentralized exchange stated,

“The team, as awesome developers, as they are, they are a little bit camera shy, so they didn’t really want to appear on video”.

To promote open communication with their community and token holders the XMAX team will now begin to interview the development team and showcase more of the internal workflow as the project progresses.

XMAX has been a sensation for the nearly three months since its launch. In certain Asian countries, even small details which make their way into the news media will fuel a frenzied discussion if it’s about “XMX,” the platform token for XMAX’s entertainment and gaming-focused blockchain.

The reason is that most of the token holders are not satisfied with the token price. Part of the reason for this is that little information about the technical team members has been published in recent months even as they update their code weekly on GitHub. XMAX’s technical team is still a mysterious part of the team, and the team is now ready to begin promoting their crucial contributions to the project.

The editor had the opportunity to interview Mr. Song, the head of the XMAX’s technical R&D team. As the head of this Beijing-based team, Mr. Song is a specialist in electronic information engineering and has over ten years of experience in software and hardware research and development. He is proficient in both English and Japanese and is very familiar with the gaming industry.

Mr. Song (宋琦) worked at Sohu Changyou (NASDAQ: CYOU) for four years and delivered remarkable results. During this period, he led a team to develop the weather system and TimeOfDay systems for the Mars Engine, optimized the efficiency of Changyou’s Fairy Game Engine, by modifying the underlying rendering system, and creating a multi-threaded renderer and particle update system which increased efficiency by more than 50%.

After joining the newly-formed Webjet department, he led the team to independently develop a full-scale 3D game engine, Genesis-3D.

From programmer to technical director to XMAX’s head of R&D today, Mr. Song has realized value through his challenges. He understands R&D methodology  and the underlying technology behind it. He believes that the most important aspect of technical R&D is the spirit of curiosity-driven research.

Also, Mr. Song has known about Bitcoin since 2013. As a technology geek, the desire for new technology drives progress, so no matter what difficulties are faced in R&D, he and his team are willing to take on the challenge. However, a sense of mystery is characteristic of many technology developers in the crypto field. Mr. Song prefers to be known for his work on the project, rather than to be in the limelight himself. As well Mr. Song is focused on supporting DApps and said,

“as a public main-chain project, it’s essential for XMAX to promote the implementation of DApp projects.”

Mr. Song Says his Process is “to Focus on the Game Side-Chains, Breakdown, the Challenges into key Components, List out the Goals, and Solve Them One by One.”

In the interview, Mr. Song said that the Beijing team is currently working hard to develop game side-chains, and solves the challenges one-by-one. The first side-chain tested will be announced to the public soon. It is hoped that DApp developers can build demo applications using this side-chain structure.

Mr. Song has been engaged in technology development for ten years and enjoys breaking through obstacles with team members, hoping to challenge new technologies. He disclosed that many members of the XMAX R&D team used to be engaged in game engine development and are familiar with the gaming industry. He hopes that additional game development teams will build innovative projects using blockchains and promote the use of this revolutionary technology.

“I found that the three features of blockchains, security, decentralization, and scalability, are mutually restrictive. We must consider the balance of the three features. After repeated discussions between our teams, we finally decided to use one main-chain that uses VRF-based Dynamic Delegated Proof of Stake consensus (DDPOS) (to guarantee decentralization) and include only the key data for account transfers and side chain verification (to guarantee the security of the main network). It also includes the architecture of multiple side-chains (to guarantee sufficient scalability) which will enable customized consensus mechanisms. Also, custom tools are being developed for side-chains to ensure easy implementation of blockchain features. Developers will only need to care about their business logic without worrying about the underlying development of the chain.”

Public blockchains are a base-layer technology with many different applications and are difficult to understand. Therefore, XMAX is first developing game side-chains to simplify entertainment DApp development.

Mr. Song stated that standard JavaScript will be used as the scripting language for the development of the game side-chains [his team programs the chains in C++], which is the most familiar language for game developers, significantly reducing the learning curve when developing applications. They will customize the blockchain developer tools to generate sidechains with one-click.

Developers only need to deploy the sidechain and then focus on their development without worrying about the underlying blockchain operations. XMAX will also gradually provide a series of script templates to game developers for reference, which can significantly improve the efficiency of their development cycle.

The high TPS side-chains can be customized, and decentralization on the side-chains will be partially sacrificed to meet the requirements of transmitting game data with complicated logic. The development team hopes that by recording items to the main-chain, we will be able to realize decentralized item ownership and trading without intermediaries.

“that game business logic is relatively complicated, and side-chains provide support for each game. With these chains, it will be simple to customize the functionality of other side-chains.”

When asked how the current cryptocurrency market affects his work Mr. Song replied

“the anxiety in bear markets can be understood, but it does not affect technology. The R&D work will not stop. The underlying blockchain technology is the basis for the implementation of all the project’s applications, and it is also the most difficult to develop. For our team, the challenge is exciting, arousing our desire to overcome these difficulties. I don’t see how market instability can be an excuse for doing nothing.”

He further explained how security and speed work together in technical design. First, for speed enhancements, the XMAX design will allow developers to create projects based on side-chains. The main chain will have a standardized entry, and only the core information for each project will be registered so that DApps will not consume too many resources on the public main-chain. This system ensures smooth main-chain operation.

Second, for security, XMAX provides a standardized protocol for core information verification. Once the core information of a DApp fails to verify, the entire side chain will be invalidated. This process will reduce the number of malicious projects, improve the user experience and provide other benefits to the ecosystem. Unnecessary resource consumption could affect the user experience and can result in other adverse effects.

Also, XMAX products such as a wallet, test nodes for game side-chains, and a blockchain browser will be released online. The XMAX development team will also soon publish documentation and sample templates to developers for the first time.

The Tech Team is Human

How does one address the mentality and emotional issues of individuals involved in difficult technical R&D? Mr. Song said that as a technical developer, everyone primarily focuses on R&D. The life of a developer can be very monotonous. Heavy development workloads and tight schedules can occupy a lot of personal time, which can have an impact on relationships.

As a leader, Mr. Song not only pays attention to their work but also to the emotions of his team. Mr. Song believes maintaining a healthy balance can ensure better performance. As such, he chooses to give his team rest days so that they can preserve their interests and personal relationships. However, he often sees that they spend their time off playing games. Not all issues can be solved by compiling code! 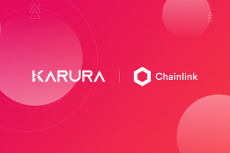