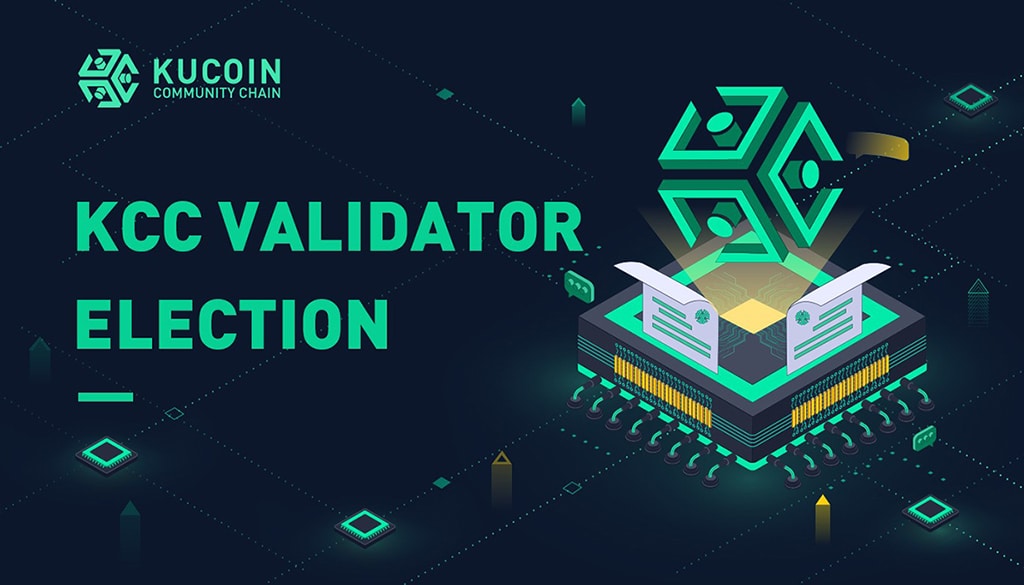 KuCoin Community Chain (KCC), the public chain project initiated and built by the developer community of KCS and KuCoin, announced that KCC Validator Election officially kicked off on June 16, 2022.

According to the announcement of KCC, KCC Validator Election will select at most 29 nodes to become active validators based on the amount of KCS that nodes staked. The active validator owns part of the governance of KCC as well as is responsible for producing blocks by staking KCS and sharing block rewards. They empower the KCC network by processing transactions and signing blocks.

KCC Validator Election will enhance the stability and decentralization of the KCC ecosystem by giving rights and incentives to the community. At the same time, June 16, 2022 is the first anniversary of KCC’s establishment, which gives additional meaning to the KCC Validator Election.

On March 29, 2022, KCC, joined by the KCS Management Foundation, co-released the KCS Whitepaper, which emphasized that empowering KCC is an important stage of the current development of the KCS ecosystem. KCC Validator Election provides a new usage scenario for KCS. It is a deep integration of the KCC and KCS ecosystem, marking KCC will enter a period of rapid development.

Leandre, a core member of the KCC GoDAO Foundation, said:

“KCC Validator Election is a milestone in KCC’s development. It not only realizes the redistribution of gas fees on the KCC network as well as the multi-autonomy of the current community but also marks that the KCC and KCS ecosystems have entered a more advanced stage. In the stage of interconnection, the compounding effect of KCS may have appeared. At the same time, the Web3.0 business matrix in the KCS ecosystem is gradually forming, and the KCC will serve as the underlying infrastructure to provide technical support and other support for other projects.”

Registration for the KCC Validator Election is now open. Both organizations and individuals can apply. For more information, please refer to KCC official website. KCC Validator Election will enable KCS staking function later for a wider range of retail investors, and KCS holders can earn revenue by staking KCS.

KCC is a public chain project initiated and built by the developer community of KCS and KuCoin, aiming to solve the network latency and high gas fee of Ethereum. KCC is Ethereum-based and compatible with EVM and smart contracts to provide community users and developers with a higher-speed, more convenient, and lower-cost blockchain experience.