LATOKEN BEF In London: Token Sale Of Economic Interest In SpaceX Is Coming

Contributing to SpaceX and Other Private Start-ups

Valentin Preobrazhensky said during his opening speech of the 6th BEF, that LATOKEN organizes during the past years:

“We expect millions of potential investors to come to the capital markets and with LATOKEN they will get far easier access to existing asset classes, including idea-stage companies and Pre-IPO companies.”

One of such Pre-IPO assets that attracted special attention during the forum was USPX, a token representing an economic interest in SpaceX. The space industry projected to grow sharply with a current valuation of $360 billion in 2018 to $1.75 trillion by 2040, according to Satellite Industry Association.

Still, for retail investors, there is a limited ability to invest in the space industry. LATOKEN will solve it by launching the token sale of SpaceX economic interest token USPX. The 1st token sale round is scheduled on 31st October. The structure of the token sale is available on LATOKEN IEO Launchpad page.

“We are fortunate to get this exposure.”

During the opening keynote, Matthew informed that investing in VC stage companies give the highest return on investments. Matthew noted:

“During the past 25 years Early Stage VC Index for US companies gave the most annual profit – 32%.”

According to the latest Cambridge Associates data, this number is even higher – 48%. It well diverse with other asset classes like fixed-income and public equities with only 3% annual return.

The future of global digital currencies and specifically Libra has attracted a great deal of interest during the forum.

Matthew expressed during his keynote:

“Libra let Pandora out of the box. China and other countries will make their own digital currencies and it is an inevitability that we all soon will work with native digital currency.”

In the near future, the world will see the growing popularity of the new class of currencies. In addition to fiat money and already emerged digital currencies, like Bitcoin, new payment and reserve assets will come – digital money of huge corporation or consortium of corporations (for example, Libra) and government-owned digital currencies (digital US Dollar or Chinese yuan).

Matthew thinks that there is a great need of private digital currencies like Libra, Gram by Durov’s Telegram or Walmart Coin (Walmart reportedly have just applied for a patent for its coin).

“The notion of commonly backed global currency, when the backing is not owned, managed or created by a government, is not a new one. Up until 1970 gold was that backing and Americans closed that window, so you can’t bring your dollar and change it into gold. So in perspective of thousands of years of human civilization last almost 50 years is anomaly.”

Moreover, 4 to 5 billions of people in the world live in states where they don’t trust their fiat currencies, because of hyperinflation, devaluation and expropriation. In such countries, people will embrace currencies like Bitcoin or Libra.

“Libra and Gram have the right to become one of the major tokens and top ten digital cryptocurrencies in the world.”

Simultaneously with the rising influence of private digital money, government-owned digital currency will come. The most interested in such assets are emerging countries, such as India and China.

China was working at least 3 years on the digital yuan. The reason is not only because there are 1.3 billion Chinese people, but because of Belt and Road project and global Chinese trade in Africa, Europe, Latin America, and Asia.

“Chinese digital yuan becomes de facto preferred way to transact and settle in all the sphere of Chinese influence.”

In perspective, governments can even unite to make their own digital money. Marc Pilkington, Associate Professor of Economics at the University of Burgundy, said:

“I believe that the world needs some kind of supranational currency, that will be issued by a consortium of central banks.”

At the 2nd day of LATOKEN BEF one of the hottest discussions was during the round table “Governance and Monetary policy for the Decentralized Financial System”.

Switzerland and Liechtenstein were recognized by panelists as countries with the most progressive legal approach in terms of regulatory and monetary policy towards the crypto sphere. Both countries worked to improve their cryptocurrency regulations to favor STOs (Security Token Offering).

Speaking about Asia, China bans ICO for businesses and private investors and People’s Bank of China will issue its own digital Chinese yuan. South Korea made strict limitations on crypto turnover and ICOs, plus issued strict rules for exchanges. In Japan Bitcoin is legal, however, the activity of exchanges is still limited and no ICOs are allowed.

In Europe, Germany for example already approved two STOs. And the position of german regulator BaFin is that the risk of participating in ICO are upon investors and ICOs are out of its scope. France, as well as Germany, is very negative on Libra. In the UK, its regulator FCA position is that it cannot regulate crypto directly. Still, the British High Court already recognized Bitcoin as property.

Blockchain Economic Forum in London becomes the 6th event of LATOKEN. It was attended by representatives of VC/Crypto funds with total assets under management (AUM) over $5 billion. 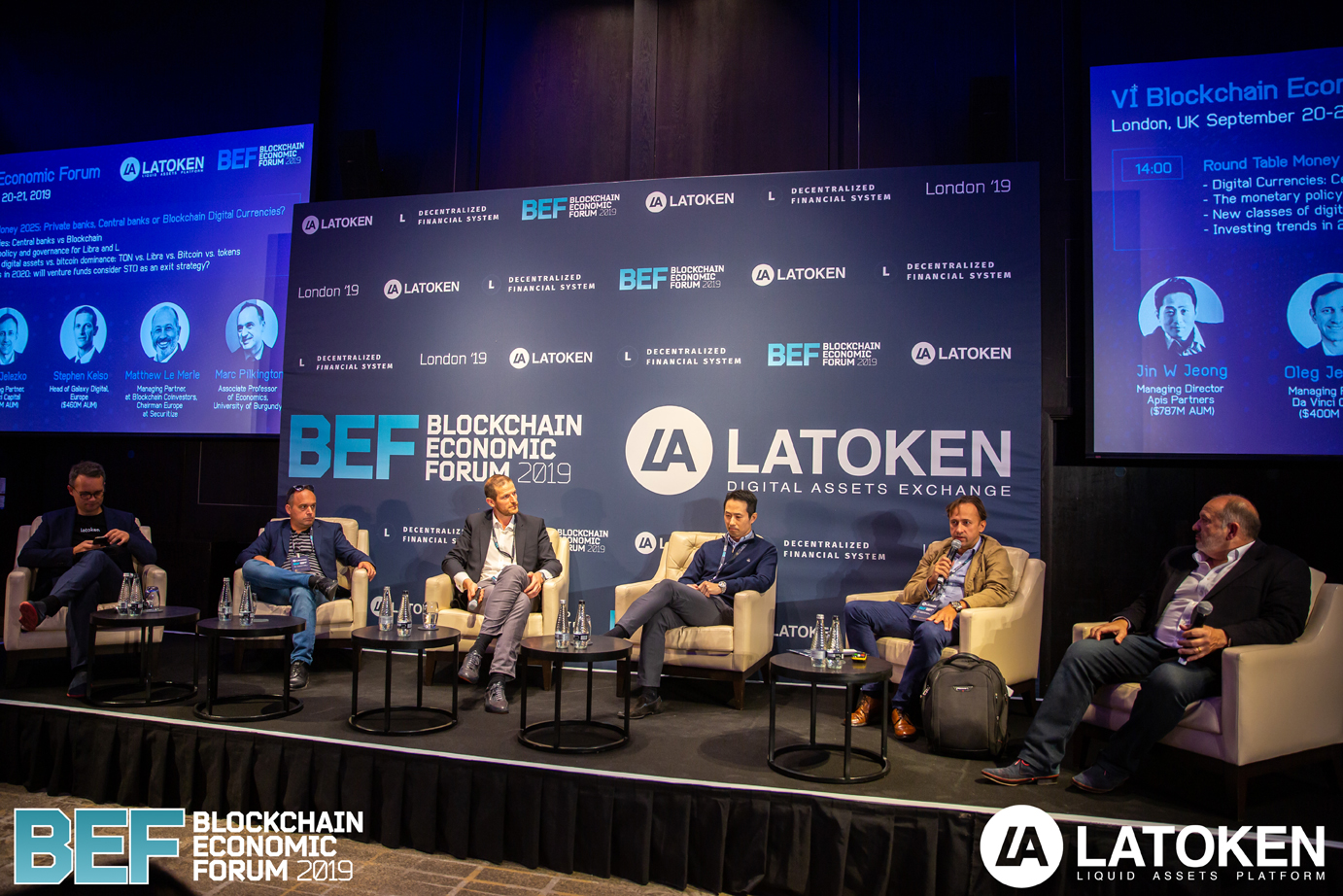