Apollo Foundation is announcing an MOU with the nation of Lesotho to develop and implement blockchain technology in various government departments and initiatives.

Developed as an alternative means for monetary value transfer, Bitcoin was designed by its founder, Satoshi Nakamoto, to have blockchain technology as its backbone. Extremely efficient and economical, blockchain’s basic characteristics have allowed it to penetrate nearly every industrial and economic sector in the world.

It is with these aspects of blockchain technology that Apollo brings its holistic cryptocurrency project and mission to the world.

Like the Greek deity, the Apollo platform is designed to be a leader in providing efficient and smart systems for a wide variety of fields. Apollo is more than just a cryptocurrency. It is a complete holistic decentralized ecosystem that caters to a wide variety of needs of a community. Here are just some of the features of the network:

Everything Under Lesotho’s Sun 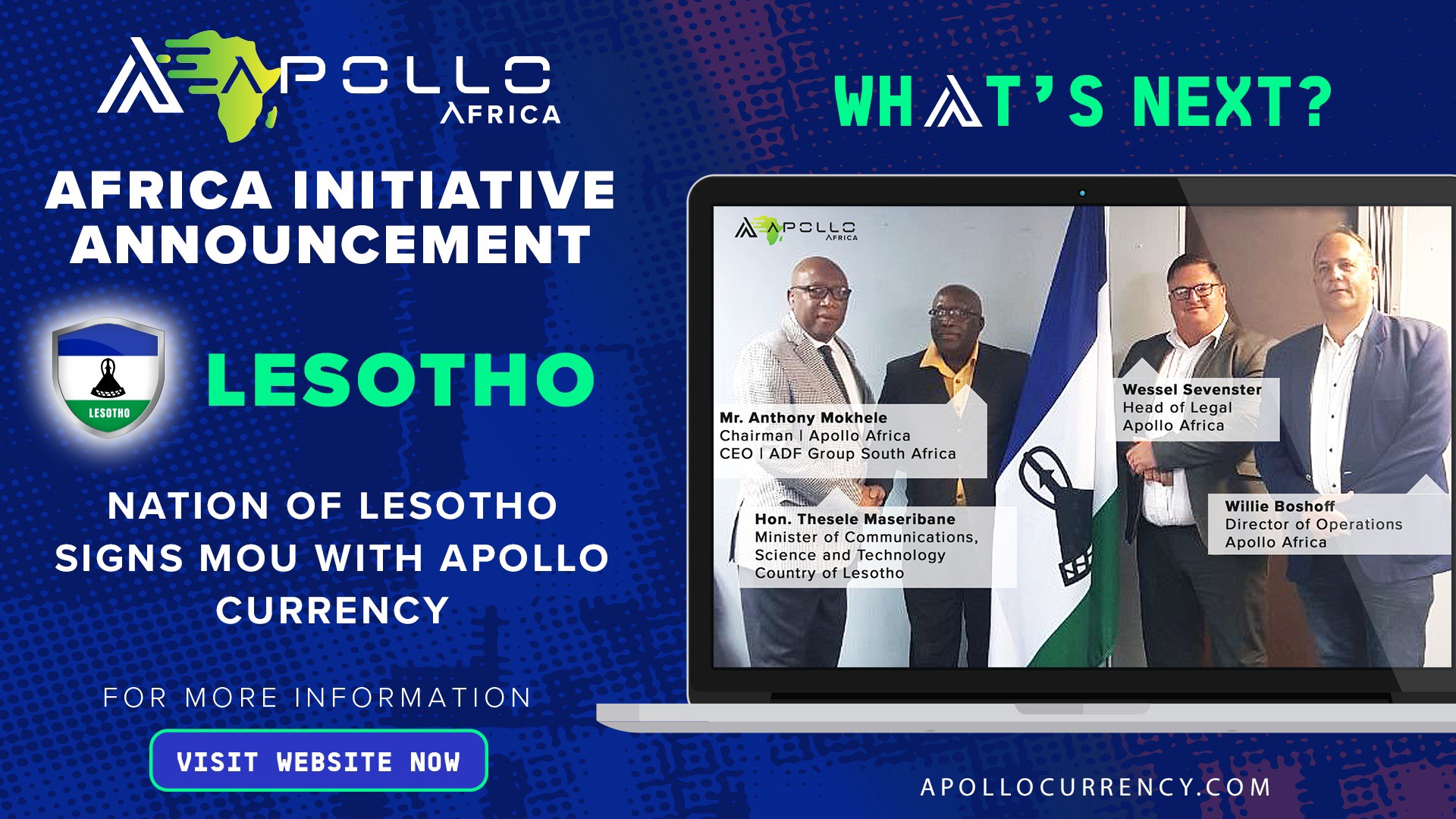 Apollo has signed a Memorandum of Understanding (MoU) with the African nation of Lesotho to develop and shift the country’s infrastructure on blockchain. The MoU was signed with the Ministry of Communications, Science and Technology of Lesotho. Under the agreement, Apollo will help the country develop:

The landlocked nation in South Africa is home to an indigenous population of 2.2 million with vast untapped resources of human skills, minerals, and a diamond industry. The nation also has a huge overseas population that sends money back home through traditional banking remittance. Adoption of blockchain would see Lesotho developing efficient systems in different areas of the country’s infrastructure, from finances to administration. This will help the tiny nation to rapidly develop itself, especially since it has a small resource pool and at the same time, a huge untapped potential that can put the country at the forefront of developed nations.

Director of Business Development for Apollo, Steve McCullah, shared the same sentiment and is convinced that his platform will deliver, saying:

“Lesotho is working to become a leader in technology… We are confident Apollo can help accomplish this mission.”

Apollo’s holistic approach to using blockchain in addressing every conceivable issue and application is the perfect solution to what Lesotho, as a nation, seeks in order to bring about a change in the society and its people.

The partnership deal with Geely goes beyond the production of cars. In this new venture, Baidu will take full control or absolute power and the majority stake of the company.

Notably, Apollo Pharmacy is reported to be India’s first and largest branded pharmacy network that has over 3000 plus outlets in key locations.

The Amsterdam court sided with Jelurida by finding Apollo to have acted in violation of the JPL by copying 75% of Nxt’s code.