On Thursday, September 12th, the Litecoin is declining again, trading at $68.63.

Evaluating the dynamics of the LTC/USD on W1, we can be confident about the wave of decline developing stably. The quotations have reached 61.8% Fibo and can easily proceed to 76.0% ($51.85) and later — to the minimum of $22.25. On the MACD, a Black Cross forming confirms further decline. A Black Cross on the Stochastic may serve as a supplementary signal of the continuation of the downtrend. At the same time, the lack of such a signal makes us suppose that a breakaway of the resistance level at $84.05 may open a pathway to a new wave of growth to the last peak. 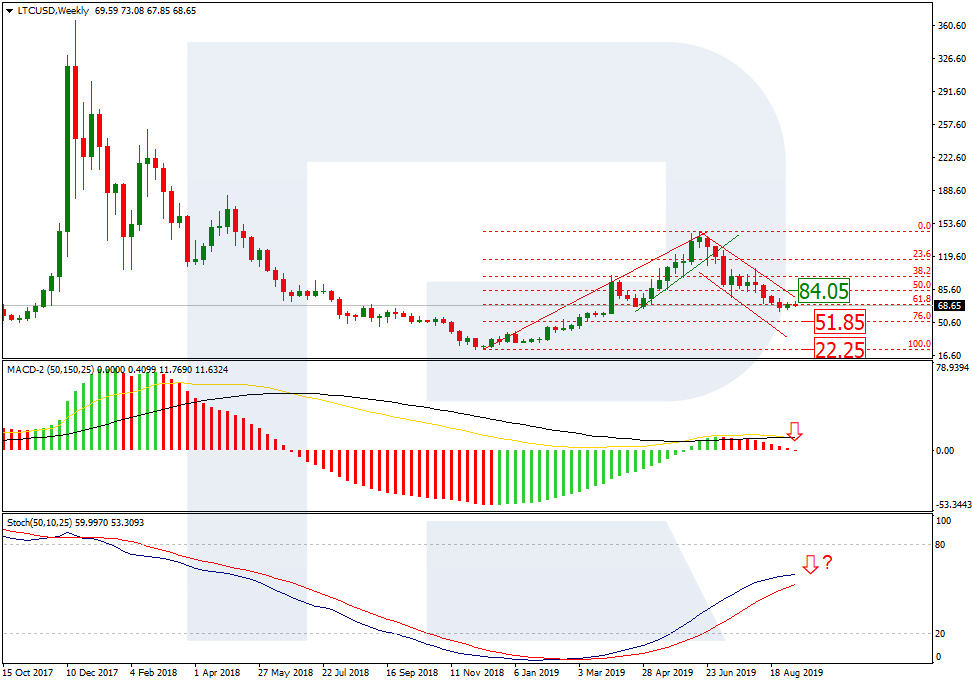 On D1, the cryptocurrency demonstrates a short-term pullback after an impulse of decline and a convergence. The test of the resistance line of the current channel may end by a bounce and a new decline to the target level of $51.85, which is confirmed by the stable decline of the MACD. But, again, keeping in mind further formation of a convergence and the slow-down of declining, we may expect a pullback upon reaching $51.85. 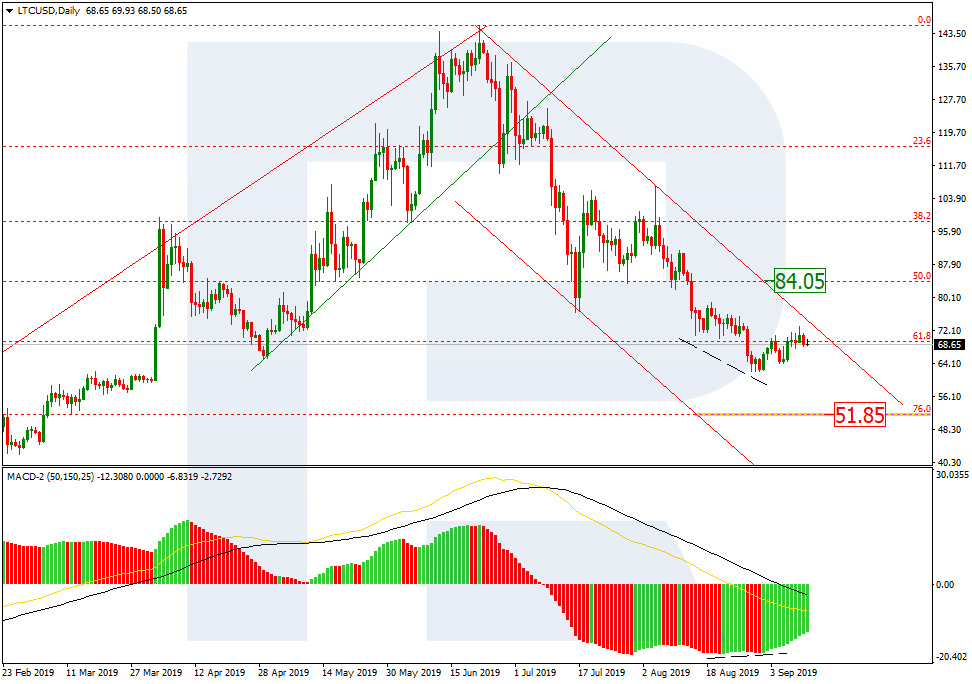 On H4, the quotations remain inside the ascending correctional channel. It is worth noting that the Black Cross in the overbought area of the Stochastic hints on an upcoming breakaway of the local support level near $66.00 and further movement to the mid-term goal. 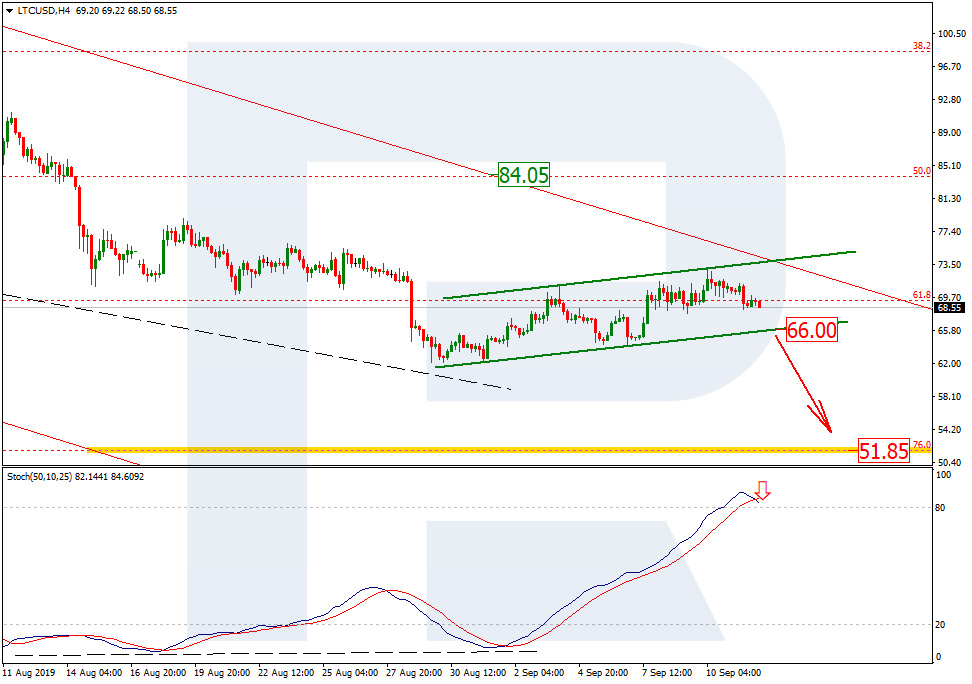 The hashrate of the Litecoin network declined by 40% during a month’s time. The lower the hashrate, the less safe the network is considered. What is more, this indicator demonstrates the miners’ activity, that also declined significantly.

In the middle of July, the hashrate was 523 TH/s, while now it is 318 TH/s. This parameter reflects the processing power, and its dynamics reveals serious deterioration.

The hashrate shrank after the halving carried out on August, 5th. Halving is the process of decreasing the miner’s fee for a mined block. It was reduced two times, equally reducing the attractiveness of mining the LTC. Halving itself is embedded in the strategy of mining a cryptocurrency. Once in a couple of years companies complicate mining and reduce the fee for the mined blocks. This allows for postponing the “death” of the cryptocurrency as many of them have limited emission.

As we know, the Litecoin developers are now busy introducing the system of confidential transactions. The problem of the Litecoin scalability was solved, as the Litecoin creator Charlie Lee said earlier, so it is reasonable to switch to other tasks.

Subscribe to our telegram channel. Join
Related Articles
Press Release Why Litecoin (LTC), Tron (TRX) and Gnox (GNOX) will Lead the Next Bull Run in 2022
By Svetlana Soroka May 20th, 2022

Gucci is going to accept payments in 12 digital assets.