In the world of digital art (the most lucrative sector of NFTs), value comes from scarcity, in part. In other words, Top Shot is successful because only one user can ‘own’ the LeBron dunk mentioned above.

The NBA is one of the most successful sports leagues in the world. Despite being dwarfed in terms of viewership by sports like soccer and tennis, executives have found a variety of ways to stay relevant.

There are the NBA’s successful merchandising campaigns, which have seen sports fans around the world opt for bright jerseys and Air Jordans. Then there are the latest tech pushes, which include the NBA’s VR viewing experience available through their League Pass subscription.

Fans can also get closer to the basketball action by wagering on NBA betting odds, though the NCAAB’s March Madness series tends to take the bulk of the public’s attention when it comes to betting. And in the end, basketball fans have proved just as interested in owning a piece of the action (via NFTs) as they are in betting on a big game.

Looking to keep the league on the frontier of sports entertainment, commissioner Adam Silver pushed to create his own unique NFT marketplace. In 2019, the league partnered with Dapper Labs, which hosts a blockchain marketplace, to bring fans the latest in digital collectorship with its Top Shot NFT endeavor.

Fans Are Willing to Spend

Rather than physical trading cards, the league cut and chopped some of the biggest moments in NBA history; think dunks from the Greek Freak or a Vince Carter three-pointer. As of 2020, fans can now ‘own’ an original video clip, purchasing limited-edition packs that run anywhere from $9 to $999.

As mentioned above, the NBA isn’t short on ideas for how to stay relevant in pop culture and draw thousands (millions, in this case) in profit by giving fans exclusive access to content. To date, multiple NFT trades have garnered five-figure trades, with some (like the Cosmic edition Series 1 LeBron James dunk) selling for $208,000.

Other NFTs, like a LeBron fast-break dunk in honor of Kobe Bryant, sold at an auction for a startling $387,600. But why? 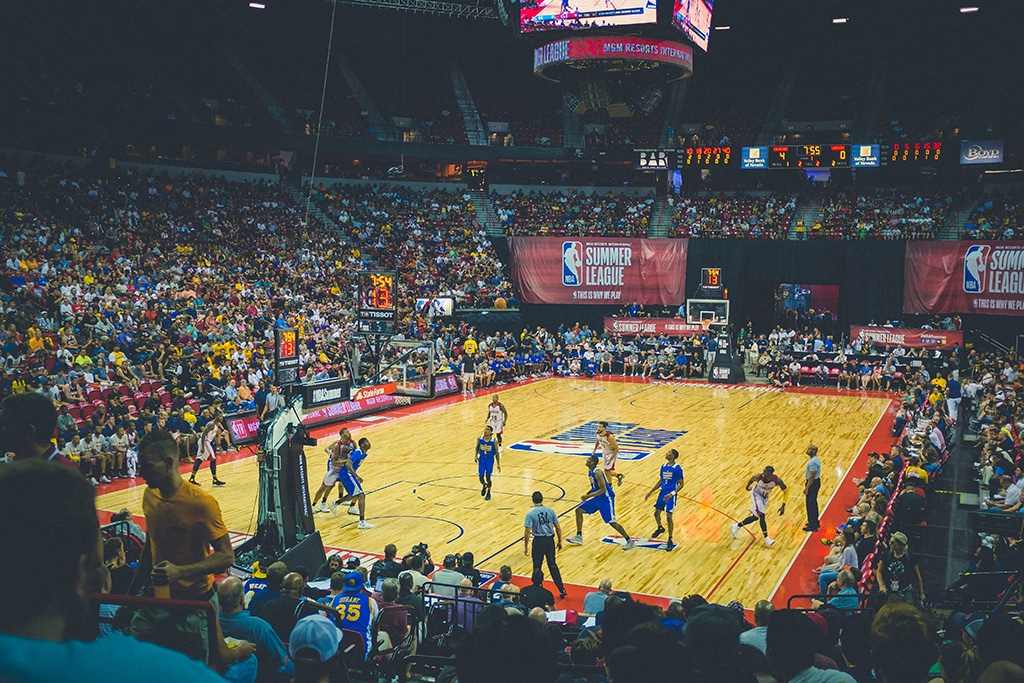 The Future of Sports-Based NFTs

In the world of digital art (the most lucrative sector of NFTs), value comes from scarcity, in part. In other words, Top Shot is successful because only one user can ‘own’ the LeBron dunk mentioned above.

Top Shot also benefits from using randomized ‘packs’, similar to how trading cards were sold during their peak in the 90s. This gives users the ability to uncover valuable NFTs at random, which adds elements of luck and surprise. Anyone could, theoretically, uncover a mega-popular video clip.

So what’s stopping other major leagues from getting in on the action? So far, it seems to be a licensing issue. The NBA worked closely with its Players’ Association to hash out a 5% transaction fee that sees the NBA, NBAPA, and Top Shots company take equal shares of each sale.

Currently, the UFC is looking to adapt its own NFT but is facing huge pushback from top fighters. Meanwhile, NFL players like Patrick Mahomes are selling signed digital artwork as NFTs—but that doesn’t mean the NFLPA is any closer to penning long-term agreements related to an NFL-run marketplace.

The CaesarVerse platform is lowering the barriers to entry and anyone can participate whether they have the in-game qualifying NFTs or not.

The NFT marketplace by ApeCoin DAO seeks to address creator royalties and pass half of seller fees of each transaction back to the ApeCoin DAO community.