With all of the developments evolving around Ripple and its RippleNet, XRP has become a preferred crypto asset to complement the global economy. Check out what’s most likely to lie ahead of the coin.

Ripple co-founder Chris Larsen said he thought digital assets such as XRP would play a major role in the movement of money around the world. Recently, Larsen discussed the role of digital assets in the economy and the regulatory environment that must exist to advance blockchain and crypto.

CEO of Crypto Exchange CoinField says XRP is the best choice for the company’s new tokenized trading platform, Sologenic. Ras stated that the company has considered several distributed ledger platforms, including Ethereum and Stellar, and has decided that XRP possesses the best combination of speed and utility. Without been biased, XRP has one of the blockchain networks that’s very fast. It can transfer funds from one point to another in seconds. And it’s very, very inexpensive.

Meanwhile, the XRP Ledger provides you with all the tools that are required to build your personalized financial ecosystem.

With this positive outlook, XRP has become a digital asset that makes it easy to move from one valuable asset to another. The XRP has, therefore, become a preferred crypto asset to complement the global economy critically, to facilitate the movement of funds between economies, which in turn strengthens its adoption and increases the price of the coin in the long run. 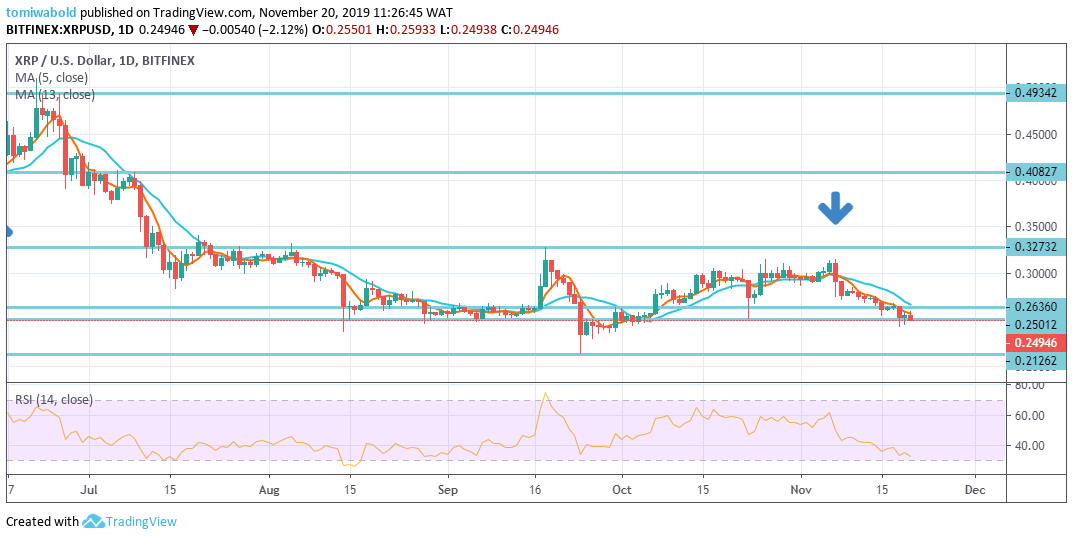 After trending to the 0.2495 level during the day, XRP is expected to rebound above the key technical support area on the 0.2501 level. Not exceeding the support level could increase the importance of the level as support progresses.

The bids may accelerate if its price was above the resistance near the level of 0.2636, where other orders may be activated. The trend of XRP/USD is bearish, maintaining an intact downtrend in the short, medium and long term.

Related Articles
News, Work It How Does Proof of Reserves for On-Chain and Off-Chain Assets Work?
By Steve Muchoki January 27th, 2023