Sin of Being Too Hot, Trending CoralSwap Defi Project Being Imposted by SCAMs

The community involved in the NFT frenzy of early 2021 believed that the blockchain technology like CoralSwap used to make Defi instilled them with infallible benefits. NFTs such as CoralSwap provided to the market were supposed to be a tamper-proof ledger that authenticated and defined original digital Defi works, which could offer artists royalties as the work was traded in perpetuity. It’s clear that the Defi technology used in this $2.4 billion industry like CoralSwap Dev Team is poorly constructed will definetly drives Defi market into next gem. 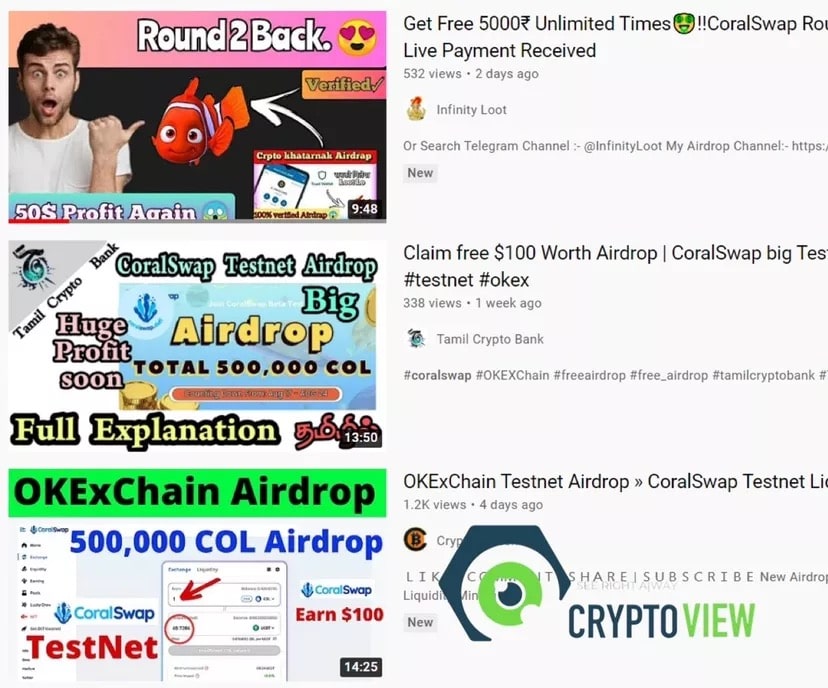 CoralSwap, A Multi-Chain AMM Portocal Being Too Hot for Standing Out in the Defi Industry

As the golden trending industry conduct escalating marketing value and attentions from the investors, scams start to emerge constantly which becomes the most One of the most inescapable money scams of our time. It is reported that the popular project has been launched in public beta for 4 days, which has gained the active participation of more than 60,000 investors, and as such a hot hand Defi project, CoralSwap.app has experienced 4 times in this short period of time to be impersonated, attacked by those counterfeit fraud. CoralSwap CMO, Lois White said after Mazer Gaming Hackathon, CoralSwap has experienced four cases of imposter, including private placement fraud, and pre-sale, but CoralSwap has reported and given all their efforts on the protection of the community. Lois White warn the public to only go for the official social media channels for CoralSwap in multiple medias.

Featuring with Dex, NFT And Gamefi, CoralSwap In A Wave of Defi Cation

This combination of DeFi and NFT as well as Gamefi not only allows users to earn real money while playing, but also allows game developers to find a sweet spot for the P2E model.The employment of CoralSwap has successfully exploded the market with the combination of “DeFi+NFT” and the new P2E Gaming mode, intends to grab a considerate part of the total market size of game industry which has reached 378.7 billion USD.

Game industry presents a “2+N” pattern, CoralSwap is catching up the room for growth by their rich product reserves, or focus on a specific segment, and their collaboration with the top publich chain, while the tail game companies develop in a smaller scale and mostly focus on the casual game category.

CoralSwap has been engaged in game research and development and release since its launch, and have a deep understanding of the market data base.

Compared to traditional games, GameFi should score generation Z and the mature investors. CoralSwap combines the financial realization in the game through decentralization. The financial products will be presented in the way of games, game item derivatives will be NFT, PK battle mode will be introduced, user/player interaction will be increased while improving the entertaining and fun of the platform.

Broader Community User Base, New Pool More Than Worth to Mine

The answer to the question of who supports the application value of DeFi, and who gives meaning to the assets of NFT, both point to CoralSwap. The combination of the two, while more like a strange crossover in the early days, is the inevitable result of the multiverse of DeFi and NFT.

DeFi/NFT combination makes sense, and the combination is a win-win. We know that many of the early DeFi+NFT projects were based on collection to achieve the game experience, and “collection” alone is not innovative or interesting enough, but with DeFi’s composability, the potential of these digital assets in the future gamification process is immeasurable.

Optimistically, by relying on these social values and keeping asset holders safe until the best games come along, CoralSwap will, one day, proves that “spending hundreds of thousands of USDT on a JPG or Game app” is not a stupid thing to do.