Synereo wants to use the investment to truly disrupt the traditional role of centralized servers.

Synereo, a Tel-Aviv-based startup that is involved in decentralized tech stack development, has raised more than $4.7 million USD to “fundamentally redesign the way the internet works”, as its company slogan goes. The company is planning to expand its team significantly.

Synereo unveiled its intention to create its own blockchain enabled decentralized computation platform that will be able to run all forms of decentralized applications with the company’s social network being one of such application. This move helped Synereo to lead at the so-called “World Computer” race – a network of personal devices, functioning as a unitary virtual machine. Initially, the idea belongs to Ethereum foundation with several teams joining later. Synereo is the first company that strives to offer tech-stack and incorporate all faculties needed to support decentralized computation without central servers.

“Our work has, of course, just begun. The task the Synereo community has taken upon itself is an ambitious one, to say the least. Revamping the Internet, Blockchains and pushing forward with decentralized computing is not an enterprise one can take on lightly, and we’re determined to give whatever it takes to deliver upon our shared vision of a truly free Web and a decentralized economy powered by it”, says Synereo.

The recent investment comes right after the launch of Blockchain 2.0 architecture called RChain that underlies Synereo’s evolved tech stack. The company has scheduled Rchain-based technology to go live by end of 2017. 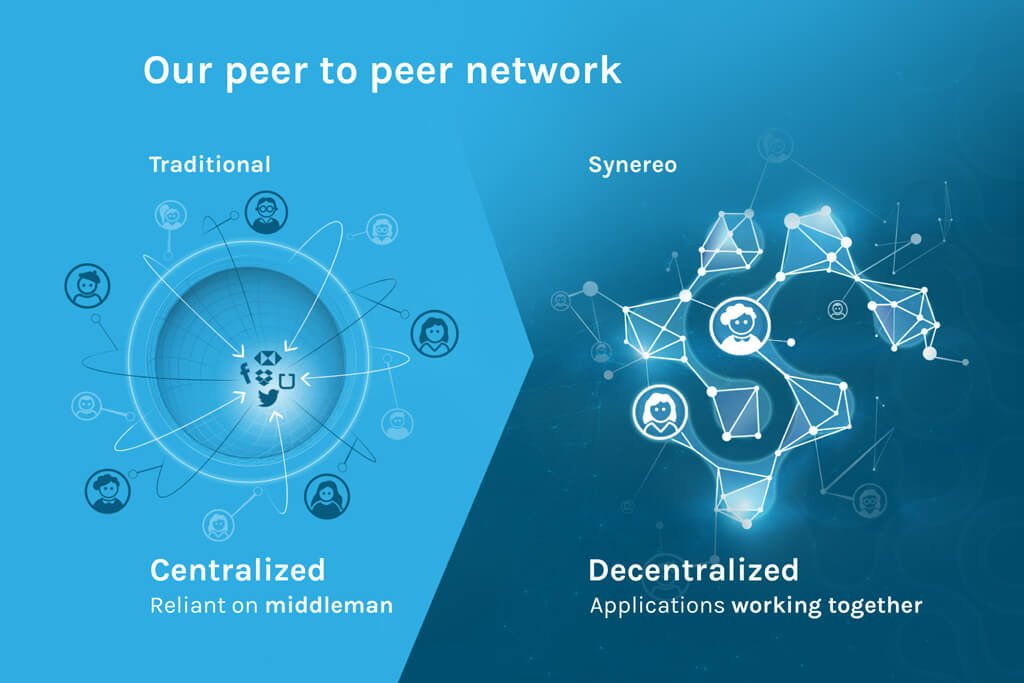 Synereo states that RChain solves well known problems of existing blockchains and enables much faster and cheaper decentralized systems. Synereo’s platform comes with its own distributed cloud storage, allowing for efficient decentralized hosting of heavy media, as well as a reflective smart-contracting language.

One of Synereo’s partners, the Silicon Valley-based NFX Guild, has announced its intention to include a selected few laureates of Synereo’s grant project in its prestigious Accelerator Program. James Currier, Managing Partner at NFX, says:

“If you do the analysis, Synereo comes out as the superior platform for developing decentralized apps. It runs fully distributed instead of massively replicated. It’s JVM top to bottom rather than Python. It’s forward compatible, vs other platforms anticipating multiple hard- forks. Synereo has the identity layer built in which provides distribution advantages and network effects. Lastly, fine-grained concurrency, vs other platforms’ linearity, provides greater speeds and scalability.”

Synereo admits that it is getting hundreds of applications from teams, eager to develop their applications on top of Synereo’s platform.

“We are now in the final stage of interviews, and will soon be selecting the first projects that will receive AMP grants to build on Synereo’s tech stack. We have 300 applications and it has taken our team a while to go through them and to choose from many amazing development teams and projects. Overall we are very excited at the level of interest to build the future of the decentralized internet with Synereo”, Dor Konforty, Synereo’s CEO, comments.

Currently, Synereo is continuing developing the alpha version of its social network. People are offered to install alpha nodes and test the network. Synereo gives instructions on how to do that on the company’s Github account, Youtube channel and slack.

Taking strong interest in blockchain, cryptocurrencies, and IoT, Tatsiana Yablonskaya got deep understanding of the emerging techs believing in their potential to drive the future.

During the closed testing of the NBA Top Shot platform, the most valuable item to-date has been a rare LeBron James dunk which was resold on the in-game marketplace for $5,200.