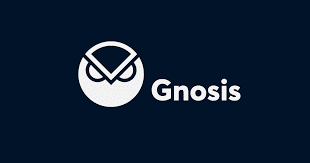 Gnosis, one of the earliest companies building on Ethereum, has announced the launch of GnosisDAO, the industry’s first prediction market-driven collective. This will have the effect of progressively decentralizing Gnosis as a project using a native governance framework powered by their token economy, bringing governance to the coming internet of value.

Joined by the Gnosis Safe Multisig platform, the GnosisDAO will play an integral role in governing the Gnosis product suite, focused on creating decentralized products guided by the ‘value’-based approach of Futarchy, as defined by economics researcher Robin Hanson. The Gnosis ‘DAO of Value’ will tap into the project’s prediction market technology to transparently guide decisions on development, investments, and governance.

Prediction markets will be created using a new Gnosis Safe Multisig initially funded with 1,000 ETH and 20,000 GNO from the Gnosis treasury. Ultimately, GnosisDAO is to have effective control over 150K ETH and 8 Million GNO. In doing so, Gnosis intends to play a key role in the decentralization of technical and governance layers for products in the web3 ecosystem.

The team behind the venture has spent years developing the necessary technical building blocks to enable permissionless prediction markets, and has been instrumental in the success of platforms like Omen Prediction Markets. $1.24 million of DAI was placed in the Omen market predicting the outcome of the US presidential election.

GnosisDAO will launch with several pending proposals in place including developing a SAFE governance token for the Gnosis Safe. In addition, members of the Gnosis community are invited to submit their own proposals. These could address such matters as the Ethereum Layer 2s Gnosis should utilize or a proposal for the exploration of yield farming.

The goal of GnosisDAO is to test the limits of what the world’s first decentralized, permissionless, and prediction market-driven collective for resource allocation can do.

Gnosis is the one of the first companies to build on Ethereum, having been founded in 2015 by Martin Köppelmann and Stefan George as part of ConsenSys, the globally leading Ethereum venture production studio. In April 2017, Gnosis raised funds and spun out of ConsenSys to become an independent company. Gnosis offers three leading product lines (prediction markets, DEXs, multisig platform) allowing users to securely create, trade, and hold crypto assets.