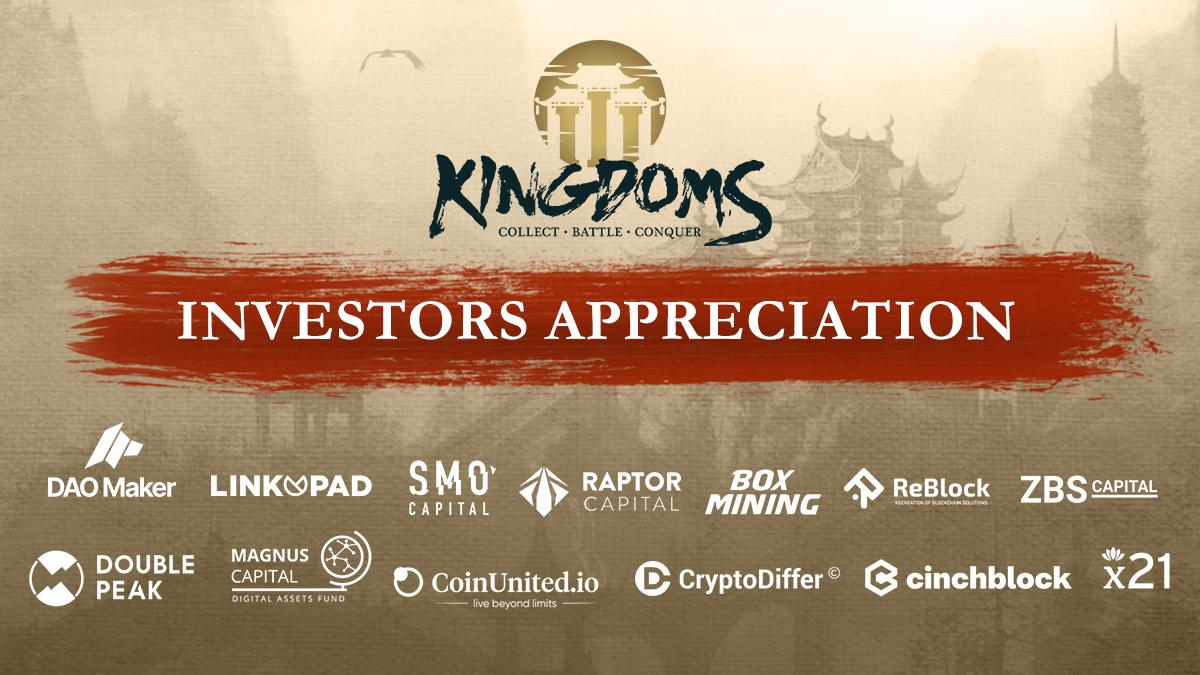 The Three Kingdoms is based on the historical characters of the Three Kingdoms period in ancient China. The gameplay displays various methods to earn tokens. Players are given the chance to earn NFT characters through raffles, complete challenges and join siege gameplays. It is the very first game that is built around the concept of battling and sieging cities with staking.

“We are proud to start a new journey with the highly talented team at The Three Kingdoms. As we enter a new frontier of compelling Play to Earn games, we foresee this sector growing rapidly in the coming years. We loved the concept of The Three Kingdoms as soon as we saw it and then after speaking with the team were ever more eager to get on board. SMO Capital is looking forward to working with the team in bringing partnerships to help them succeed.”

“We are happy to work together with Three Kingdoms to push the GameFi industry forward in those exciting times. We wish their team great success moving forward. We are delighted to be part of the journey and assist the Three Kingdoms Team during their upcoming launch!”

The team would also like to thank the following list of advisors, including Raptor Capital, Cinchblock and BoxMining.

The Three Kingdoms will be utilising the funds to innovate new projects and further the growth of the ecosystem, expanding the community and strengthening the foundation of the ecosystem for users to maximize the use of the platform.

The game is underway as passive gameplay is aimed to be released later this year. To know more about The Three Kingdom and its future developments, visit their social media channels listed below.

About The Three Kingdoms

Collect ultra-rare characters, weapons and a piece of land that only you can truly own!

The Three Kingdoms is a 3rd Generation NFT Game that adopts the three Kingdoms storyline. Prepare to immerse yourself in a gaming experience enriched with extensive history, well-developed characters, progression gameplay and more. Prepare your heroes for battle, siege cities, and win battles to expand your own land.

Be your own hero in the land of The Three Kingdoms!