Bloconomic 2019 is expected to shake Malaysia Blockchain industry with the interconnected event  that happen twice this year to disrupt the ‘winter market’ also to appreciate the effort of blockchain organizations with the very first blockchain award in Malaysia. In continuous effort in bringing together global thought leaders to Malaysia, Bloconomic is expected to gather 3000 audience in Bloconomic Expo on August 15th-16th 2019. The launching took place recently on 25th April 2019 in the Le Meridien, Putrajaya with the successful turnout to a one-day event, Bloconomic Excellence Award.

In empowering the next generation of technology, Bloconomic brought 30 influential speakers from different region came together to discuss about issues surrounding blockchain such as ICO, STO, IR4.0, regulations, Malaysia’s government insight and so on. Gathered there were individuals and ecosystem communities like investors, venture capitalist, start-up and media company from Malaysia and around the world. Bloconomic Expo in August will bring more than 70 speakers for an insightful discussion as it is much bigger event that will be held in Malaysia soon.

The event is packed with fruitful insightful discussions, presentations from great leaders and award launching & nomination which eventually be presented in August 15th-16th 2019. Bloconomic also brought academias in government universities and academies that is passionate to network with the expert from different blockchain fields like AI, cryptocurrency and security system in order to bring it to universities for research purpose. The universities that present were IIUM, MSU, UITM, CITY University, UniKL and MMU. Since the award launching has hype up government organizations and universities, they are expecting more turnout on the upcoming expo. 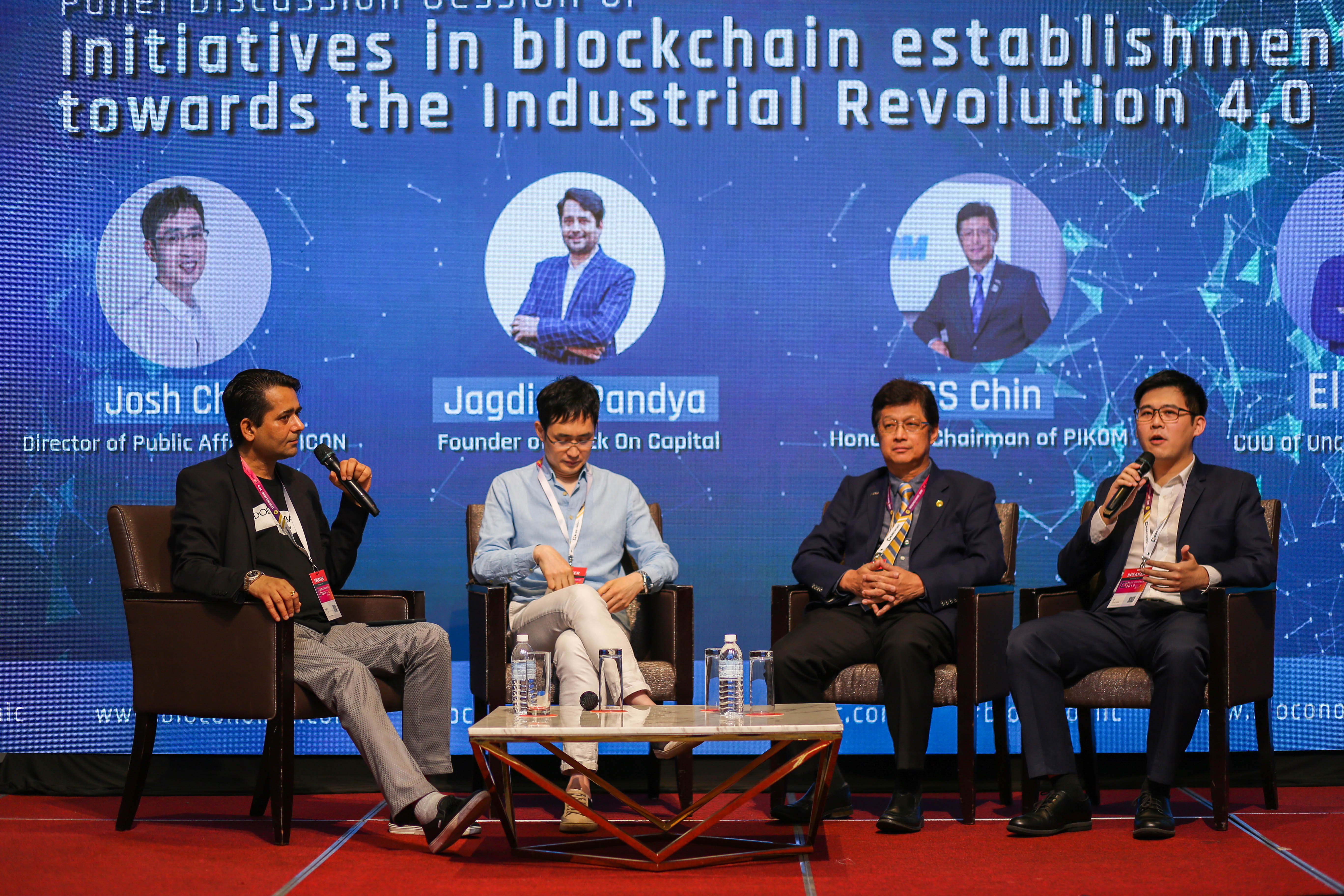 On the opening ceremony, president of Malaysia Blockchain Association (MBA) Dato’ Rayson Wong welcomed the audience with his great speech on “Traditional business has transform using blockchain technology”. He emphasized on how vital the blockchain is towards technology innovation and connecting business these days.

The event went on with panel discussion and business presentation from JioJioMe, Awepay, GoldFinX, TienChat, Tokoin, Big Reward, Trivechain and Montserrat. It was a great presentation by the leader of the companies. On late evening, Bloconomic ended the event with fun cocktail party and award nomination mainly to present certificates to the nominated companies. Congratulations on being nominated in Bloconomic Excellence Award!

Expect Bloconomic 2019 to be different than last year because Bloconomic is the first to organized a blockchain award in Malaysia. Bloconomic has received an overwhelmed response on  participation of the award. Launching took place on 25th April 2019 and the voting will continue till 15th July 2019 before the application is closed. Award ceremony will happen in Bloconomic Expo on 15th-16th August 2019. People are excited for Bloconomic Expo since it is expected 3000 turnout as 2018 where it will have conference, exhibition, discussion, networking, business pitch and most anticipated Excellence Award ceremony.

For submission on the award and more info about Bloconomic Expo 2019, visit https://bloconomic.com/

Everything You Need to Kn...