There are many offers on the NFT market. Unfortunately, not all of them can be viewed as profitable investment options.

In 2021, the digital asset market was gripped by NFT fever. Everyone from celebrities to large companies has been using non-interchangeable tokens for their own purposes. Some do it to hype, others to put the advantages of digitizing goods and services into practice. At the same time, many tokens can really surprise and even shock investors.

Here, we’ll take you on a tour of the most unusual NFTs that have ever been presented on the market.

The makers of Alien Autopsy, a 1995 film based on the Roswell incident, put a frame from the original film roll up for sale in NFT format. The minimum bid was set at 450 WETH (more than $ 1.2 million). The auction will end on June 6, 2021. 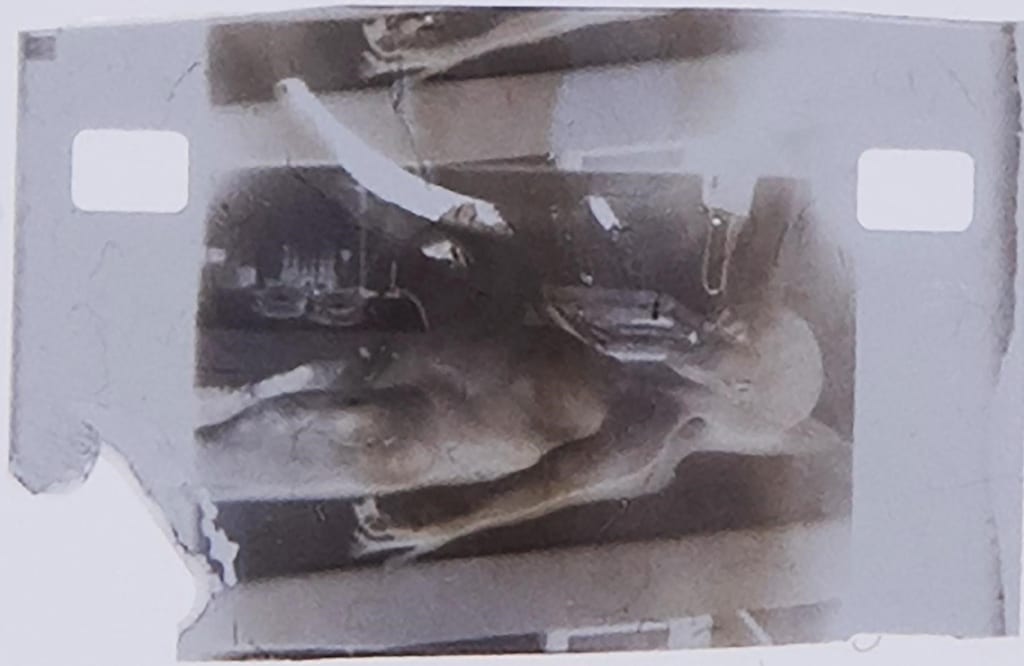 The film’s creators originally claimed that the footage was shot during an autopsy of a real alien. However, they later backtracked and began to say it was a reconstruction of an alien autopsy that they had once had the chance to observe.

An NFT token that grants ownership rights to a real apartment in Kiev appeared on the Propy real estate transaction platform. The auction is scheduled for June 8, 2021.

The minimum price is $20,000 in cryptocurrency. Along with the token, the buyer will get access to documents for registering the transfer of ownership, pictures of the premises, and, as a bonus, a digital picture executed by a Ukrainian graffiti artist who goes by the name of ‘Chizz’, which is also painted on one of the walls of the offered flat.

The makers of a video entitled Charlie Bit My Finger – Again!, which has been watched by over 880 million people, sold the rights to the clip through an NFT token for $760,999 and promised to remove the original video from YouTube. At the time of writing, the recording is still available:

The buyer is a network user who goes by the nickname ‘3fmusic’. It’s still not clear why the new owner needs it.

In February of 2021, Peter Davydchenko put a video of himself on the Opensea NFT-marketplace that shows the artist munching on a bat in front of the doors of the European Parliament. Bidding started at 2.5 WETH (~$4100). 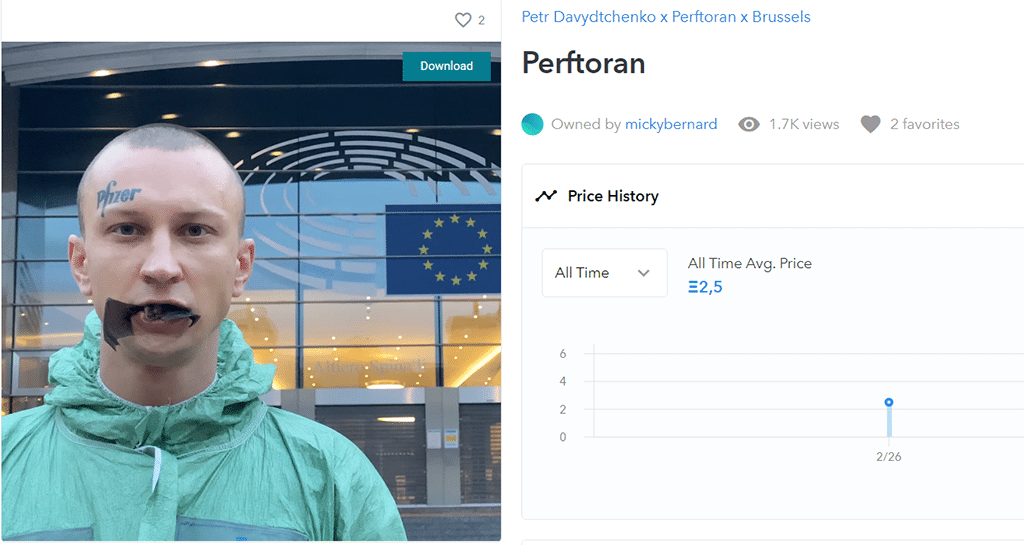 The young Russian shot the extreme video to draw attention to the health problems people have faced during the coronavirus pandemic.

The very first non-interchangeable token in the world, which the makers named ‘Quantum’, has been put up for sale at Sotheby’s. It was released on May 2, 2014. The auction is scheduled from June 3 to 10, 2021. At the time of writing, there is no information about the initial price.

Connor Sinclair has decided to sell the copyright to a photo that became the ‘10 Guy’ meme. According to his blog, the token will be listed in the near future. The Irishman wants to monetize his Internet popularity in this way.

At the end of April of this year, 46,694 of former US President Donald Trump’s tweets appeared in NFT form at a Drumpfs.io auction. The creators collected, archived, and digitized 12 years of the politician’s tweets and then put them up for sale. At the time of auction’s launch, the tokens were being sold for 0.0232 Ethereum (about $55).

The auction’s organizers created the tokens to teach Donald Trump a lesson for what they consider his poor management of the country. They have promised to transfer all proceeds raised from the sale of the tokens to organizations that the politician hates

In April 2021, film director Kevin Smith, known for the film Dogma, announced that he wanted to sell his new horror film, Killroy Was Here, as a non-interchangeable token. Buyers will be able to arrange to rent the motion picture. As of early June 2021, the token had not yet been put up for sale.

Famous Russian comedian Mikhail Shats decided to sell his jokes on the OpenSea marketplace in NFT format, according to his microblog. 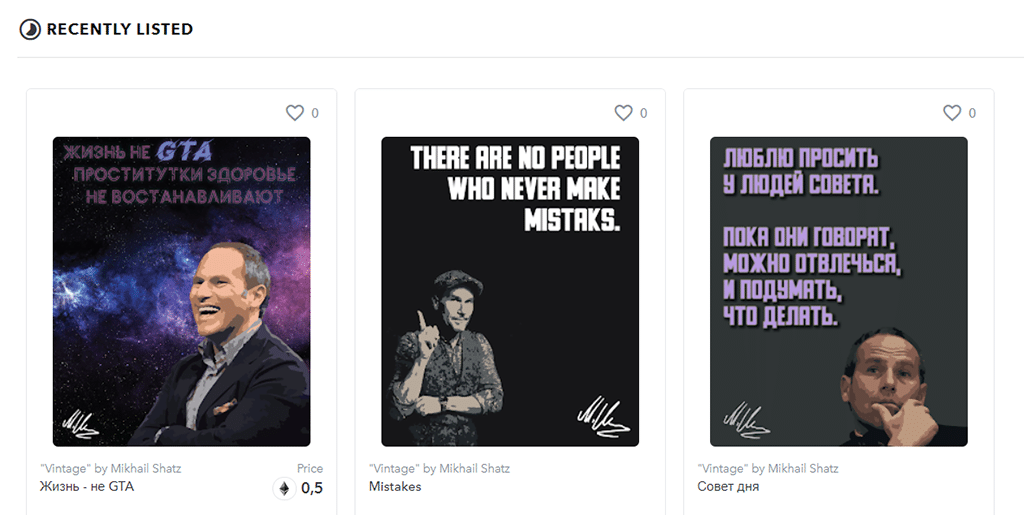 The auction was held in early April. The comedian promised to give all proceeds from the sale of tokens to charity.

At the end of March 2021, the developers of Robonomics put the works of their robot artist on auction in NFT format. The lots appeared on the Rarible marketplace. 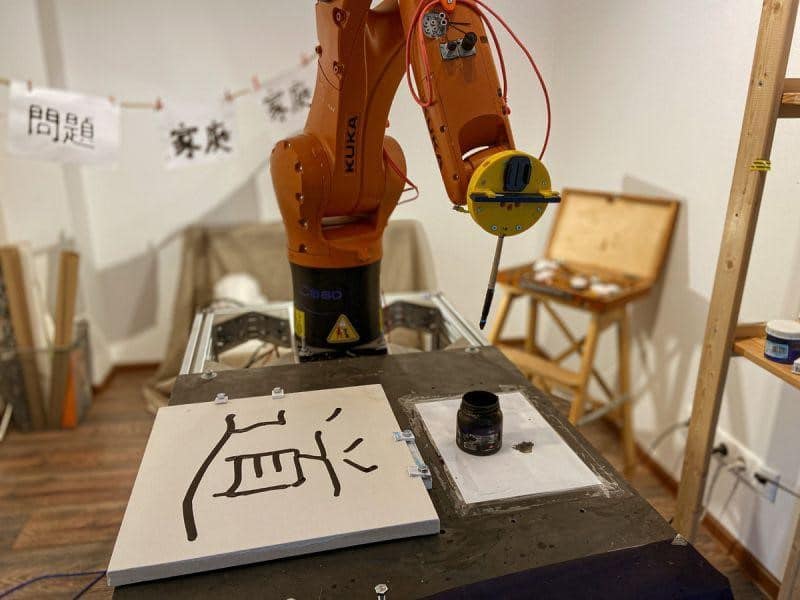 Work created by a Robonomics robot.

What’s the problem with NFT?

Unfortunately, investments in NFT are highly unpredictable. Buyers of non-exchangeable tokens are not immune from asset depreciation. This kind of financial instrument may also face pressure from regulators.

Today, when non-interchangeable tokens are trendy and promoted by stars, further growth is expected in the NFT market. Unfortunately, if interest in NFT declines, as has happened with other crypto trends, including ICOs, investors are at risk of suffering considerable losses.

If Not NFT, Then What?

An alternative to investing in non-interchangeable tokens can be traditional cryptocurrency, whose value is not in question. For example, many investors prefer to purchase Bitcoin (BTC) rather than NFT.

It’s important to note that the quantity of cryptocurrency is limited: about 21 million BTC will be issued in total. This limited supply and the possibility of using Bitcoin as a means of payment make BTC attractive. At the same time, many large companies, including Tesla, have already invested in Bitcoin, which helps prop up its value.

In addition, cryptocurrency is much easier to buy. For example, you can buy Bitcoin and other digital assets for rubles anonymously on the fully Russified Alfacash platform. The low commissions and a wide range of tools offered by this platform makes it stand out from its competitors. For example, a user can conveniently choose from a wide list of payment methods.

There are many offers on the NFT market. Unfortunately, not all are profitable investment options.

Less risky assets for investment can be found among the popular cryptocurrencies. On Alfacash, you can get acquainted with the most popular coins and purchase them, while bypassing long registration and account verification procedures.

“The Presidents,” a new NFT collection, has embraced the GameFi trend to create an online ecosystem where participants can play games, receive financial rewards, and make managing decisions.

All NFT dragons will hatch from AI-generated NFT Eggs which have their special genome.

In one of SkyBridge’s largest private market investments to date, Anthony Scaramucci will be offering investors an option to invest in Kraken as it plans to go for an IPO next year.

Valkyrie Files with US SEC for Leveraged Bitcoin Futures ETF