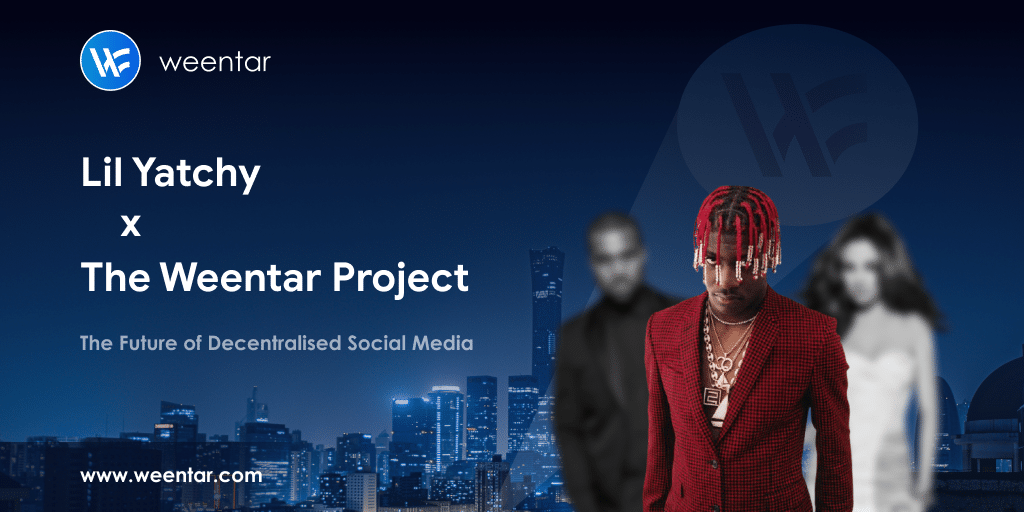 If you thought that blockchain technology couldn’t get any further, you would be surprised.

Weentar is now developing a decentralized social media project that will make the most out of blockchain technology. Not just that, but it will make creators a pillar of the worldwide economy.

Did we catch your attention? Then read further and find out what they plan for influencers and artists around the world.

What is Weentar about?

Weentar is an in-development blockchain project that aims to be a great financial instrument for young generations. The team wants to create a platform that will turn social media content into a stable source of income.

Weentar invites any celebrity, influencer, or artist to join and start posting like usual. But this time, the posts are not going to get their creators, just likes and comments. They can instead launch these posts as NFTs.

Non Fungible Tokens are the stars of this spring, with some being sold for up to $69.3 million. And with Weentar, instead of thinking about how to make a stand-out piece of art, you can just take a picture in your favorite outfit, and that’s it.

Be creative. The more playful and bold your posts are, the more fame they can get – so the bids may go higher. Artists can also use the platform to sell social tokens – like merch or tickets for concerts.

It kind of sounds like Patreon, but with the difference that there’s no centralized entity that runs Weentar – which gives youngsters a lot more freedom. This will be a game-changer for millions of creators who want to make their voices heard and their colors seen.

How to Join the Weentar Platform

Weentar is built with blockchain technology, which means you will need a ticket to join – its core cryptocurrency, the WNTR.

To buy the WNTR token, you need to connect your Metamask Wallet and send BNB to the presale contract address. With just 1 BNB, you can get 25,000 WNTRs.

Besides being the ticket to the Weentar social media platform, WNTR also gives creators and fans an essential role in developing the project – they can vote on the next steps.

What would you need more?

Their goals reflect their optimistic view over the future of cryptocurrencies, which is truly inspiring. They already got a partnership with Lil Yachty, and they started negotiations with thousands of other artists.

Until the end of 2021, they aim to get no less than 500 celebrities to run the Weentar platform and get a place in the top 50 best worldwide projects.

These are massive goals, but they don’t seem to doubt their negotiation and marketing abilities. And frankly, they have all they need to achieve their goals.

They didn’t just stop at defining their target audience. Instead, they analyzed the younger generation’s interests, needs, and communication style. The result was a social media platform that gives them income, freedom, and recognition, all wrapped in a fully transparent system sprinkled with humor.

Are You All Set?

If the answer is yes, then what are you waiting for? Join the Largest ICO for the future of Decentralised Social Media along with Lil Yatchy and other celebrities.

Make the most out of your thoughts and creations.

For more news and latest updates please follow the Weentar team in LinkedIn. Feel free to join Weentar community in Telegram, Twitter and Instagram, or just check out their latest videos on TikTok.