The World Blockchain Conference (Wuhan) has concluded with great success on December 6. The two-day blockchain annual event has drawn more than 2,000 person-time,  and fifty thousand views via live stream, among them,  the 29 leading enterprise representatives and 6 local government organs as well as over 120 students from local colleges, making it one of the largest and most influential blockchain conferences in China. 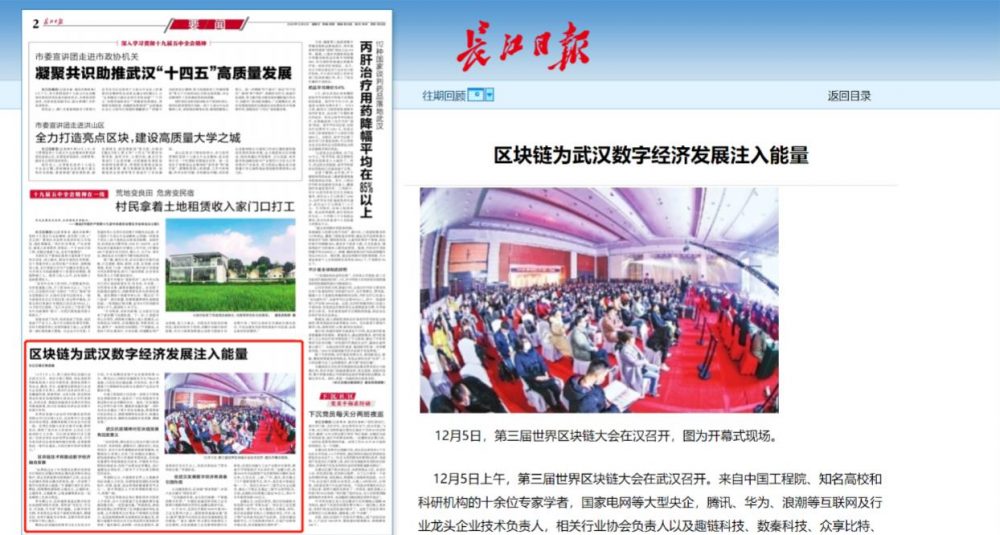 Apart from big names in the blockchain sector including HYPERCHAIN, dataqin, PeerSafe, a line of heavyweight companies in the country including Tencent and Huawei, more than ten experts and scholars from Chinese Academy of Engineering, well-known universities and scientific research institutions have made their attendance at the conference.

The following is a summary of key opinions of the summit, which hopefully could guide our readers to have a glimpse of the industry future.

Said Li Lihui, former president of the Bank of China, said that blockchain has unique technical advantages to adapt to the digital economic society, and will form a “value chain” of “trustable, interactive, encrypted and shared”. Taking digital currency as an example, domestic and cross-border payments will be realized over the world in the future, which will improve payment efficiency and play a key role in the competition of digital economy. 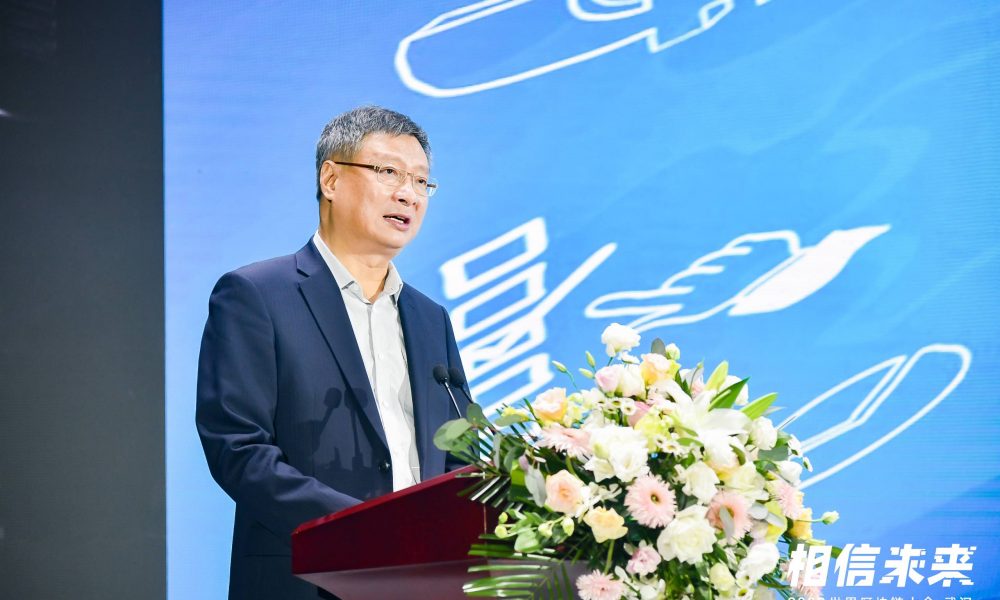 “The year 2020 is the 10th year for Tencent to develop industrial Internet. Based on the self-developed blockchain service platform TBaaS, Tencent Cloud has developed relatively perfect products and application solutions in seven major fields such as supply chain finance, trusted deposit certificate and electronic bill.”

Shen Changxiang, an academician of the Chinese Academy of Engineering, has been committed to the research in the field of network security. He expressed his concern about the security issues in the development of blockchain technology.

From the information disclosed at the press conference, “HolderWallet” has a military-grade CC EAL6 + security chip. It also has a high-end AI smart chip, which enables the wallet to realize intelligent voice interaction, live face recognition.

When users call the wake-up words, the “HolderWallet” screen installed on the base will immediately light up. At the same time, with the help of face recognition and face tracking technology, the wallet screen automatically rotates until it is facing the user  to give a response.

Holderwallet may be an example for what smart crypto wallets look like in the future.

“DeFi” is One of the Keywords in the Summit

He bin, founder of imToken, said in his speech that from the perspective of crypto wallet, there are three challenges in the development of DeFi:

“First, private key challenge. There are some problems in the understanding and safe keeping of the private key. Private key solutions currently include managed, unmanaged and multi sign management. Second problem is the fees for miner. DeFi has promoted the soaring of fees for miner and brought huge burden to users, which is mainly due to the problem of network throughput, to which the current solutions are Gaslimit, ETH2.0 and layer2.0. Third problem is Defi complexity, DeFi has the advantage of smart contract to realize financial engineering, but the combination of various protocols brings about the problem of complexity.”

Jin Jian, the director of the Institute of Industrial Internet and the Internet of Things, China Academy of information and Communications believes that:

“It is very appropriate to study and discuss the development and application of blockchain technology in Wuhan city as Wuhan has a national-level node of industrial Internet and a large number of talent reserves. At the same time, Wuhan is also one of the first batch of AI pilot areas in China with outstanding i advantages over automobile and electronic industries.”

Kevin, Chief Operating Consultant of UENC, mentioned that UENC has made efforts in decentralization, efficiency and security, and is committed to building the underlying infrastructure for the development of global token economy, helping more users to participate in the token economy including open finance but not limited to development finance. He said:

“Infrastructure is a significant part of Open Finance, though DeFi is full of innovation and charm, it also faced problems such as network congestion and poor availability.”

“The key to the development of decentralized trading platform in the next stage is to improve the utilization rate of funds. The idea of DODO is to make things on the chain cheaper and efficient. Compared with the AMM algorithm used by Uniswap, the PMM algorithm created by DODO imitates the behavior of human market makers, and distributes more funds near the expected market price, so as to achieve 10 times added liquidity and capital utilization ratio.”

MaryMa, MixMarvel CSO pointed out that there are three major problems in the current NFT field, which are immature pricing mechanism, low level of code and loss of consensus.

“The future virtual world needs infrastructure, standard protocols, economic systems and new organizational forms. The combination of MixMarvel’s LeCube products and Rocket Protocol with NFT protocol and community (in the form of UGC and DAO) constitutes the future of blockchain game.”

Gao Yin, director of Fidelity Investment (Boston): In terms of the historical price trend of bitcoin, we are now in the fourth bull cycle. From the perspective of institutional investment, more and more funds from traditional institutions are pouring into crypto asset allocation, and the investment of institutions in the research of digital assets and the construction of their ecosystem is also explosive growth. From the perspective of retail investors, there are a lot of third-party data reflecting the characteristics of bull market. Overall, now bitcoin is still in a bull.

“The essence of bitcoin is gold. When we think about bitcoin, we take a “gold” perspective, not a “technology”. Blockchain builds trust on the basis of computing. Fundamentally blockchain will reduce business costs, improve efficiency, and open up a new space for development. There are five key points in a complete blockchain solution: distributed, encrypted, tamper proof, and decentralized. The development of blockchain will go through three stages: financial automata, commercial semi automata and commercial automata.”

Said Lanyi, the co-founder of Tesra supercomputing network technology, the future blueprint of Tesra is decentralized scheduling system and application services, and the shared computing network based on off chain computing proof. In the long run, Tesra will keep building open business value based on computational intelligence.

“I am cautious and optimistic about the bull market. Even if it comes, it will not exceed too much our expectation. As for price, there will be a big callback, because there is no way for its fundamentals to grow significantly, unless bitcoin is expanded and can be implemented in the near future, or there are new projects similar to Ethereum attract more users to the industry.”