2018 is believed to become a new branch in the development of civilization, wherein free from ideology and bureaucracy extraterritorial self-governing blockchain states will appear.

Crisis is an essential part of the modern capitalist economic system. We can say confidently that they are cyclical and occur once in ten years: the first crisis took place in 1998, then was the one of 2008, now we are on the verge of a new turning point. However, this crisis will not be similar to the previous one, as we are waiting for a real tsunami that will sweep away all national economies and stock markets.

Over the past three years, the world economy has grown only due to new loans, which were used to pay off old loans. In July, the Fed made a decision to raise the discount rate on loans by 0.25%, and it was announced that the rate would further increase throughout the year, which would make refunding many corporate loans impossible. Such technology companies as Tesla, which literally stands on the verge of bankruptcy, are going to be the first victims of the financial bomb. Profit is shown only by 30 of 500 largest US companies, including Apple, Google, Amazon, Facebook, 8 banks and two pharmaceutical giants.

Ten years of continuous growth in world GDP is over because of the inability to issue US dollars on even larger scale, and the owners of money have set themselves the task of destroying national economies and the existing political regimes of developing countries, including China, Mexico, Turkey, Brazil, Russia, Nigeria, South Africa and others.

These are going to be the tools of excess dollars’ withdrawal:

The second stage will be the process of liquidation of cash, when Nigerian dictators and Russian oligarchs will not be able to transfer their suitcases stuffed with cash into digital dollars, due to being unable to prove the legality of the origin of these funds.

Rigid state rhetoric regarding crypto currency is rapidly changing, trying to adapt to the changing world. Separation of developing economies from the US dollar for trans-border accounting will force “abandoned” states to develop their own digital counterpart of their national currencies. In China, one of the first countries to ban the use of crypto-currency, People’s Bank is now led by crypto-enthusiast Ian Gan, who announced the course of liquidation of Chinese yuan cash. The deep financial crisis in Venezuela, caused by the inability to sell oil for export for dollars because of US sanctions, forced President Maduro to start developing the digital El Petro, while in Russia, the development of the interstate digital currency was entrusted to Vnesheconombank.

Existing crypto currencies are not suitable for any state to completely abandon fiat money. In addition, no country in the world will jeopardize its national security, using a blockchain, that is controlled by a decentralized community of developers.

Nevertheless, the total digitalization of national economies and everything related to accounting, information transfer, automation and the introduction of smart contracts is inevitable. The only functioning network, created to solve the problems of the real economy sector, is, perhaps, Universa.

Its founder and blockbuster-visionary Alexander Borodich does not behave like a crypto anarchist, yet he constantly creates new contracts with state and private entities of Malaysia, the Arab Emirates, Qatar, as well as with other countries that are among the first in the world to launch blockchain projects using digital passports, e-Government, digital cash and distributed production.

The introduction of Universa attracts the state by retaining full control over the information transmitted, with instant and almost free transactions. Small progressive states, like Singapore, and any other sensible governments, will be able to emerge victorious in the technological race, provided that they build transparent and honest economic relations with their citizens through the technology of blockchain. Archaic states await the loss of state sovereignty, dictates of transnational corporations and the outflow of the best minds.

The Cryptocurrency Plague and the Triumph of the Blockchain 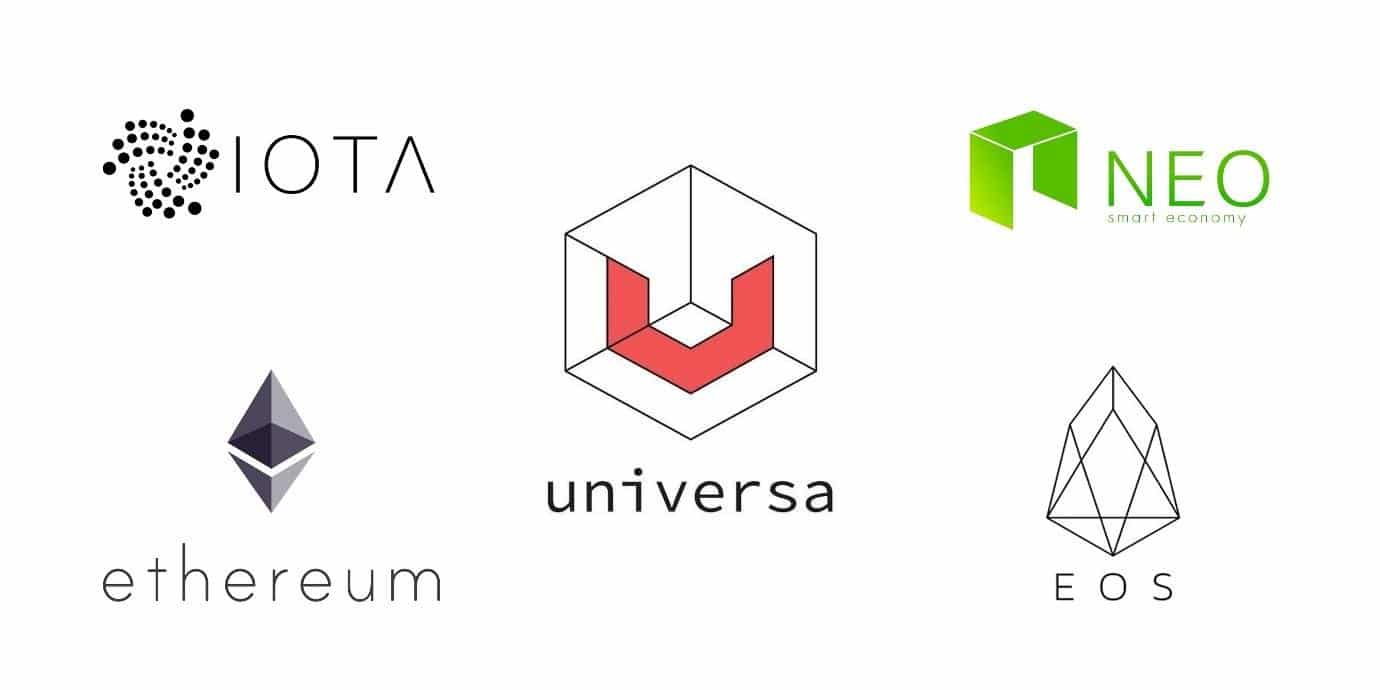 Google did not ban advertising of cryptocurrency and ICO on its services by accident, it develops its own cryptocurrency, in order to win over an audience that has not even heard of blockchain technology before. The same goes for Facebook. Pavel Durov with his Gram is still ahead of them, promising to introduce a crypto wallet to every messenger in 2019. But the audience of Google is much more than 300 million users of Telegram and the struggle for the most massive crypto currency is yet to come.

After the entrance of multinational corporations into the crypto-currency arena, 80% of the coinmarketcap listings will become useless, and coins will forever remain on the wallets of their adherents. Speculation will come to its end, there will remain only really working in-demand technologies, such as Ethereum, NEO, EOS, Universa, IOTA.

In the conditions of instability of national economic systems, extraterritorial self-governing blockchain states, free from ideology and bureaucracy, will appear. This will be a new branch in the development of civilization, which for a long time will exist simultaneously with the archaic civilization of a slave citizen. Blockchain will divide humanity into two, with a different way of life and thinking, destroying the banking system based on enslavement. The new society will build its values on the basis of rational goals, objective needs and individual development.

* This article uses the analysis of Gennady M.