A trade for $327 was recorded on the Bid around 45 minutes after Ethereum debuted in mainland China, with buying aggressive across the board.

Digital currency ETH breached the $300-mark for the second time in history on Wednesday morning, as Huobi, a leading mainland China exchange, went live with Ethereum. The Buy order was captured at Trading View by Coinspeaker at 12.37pm Shanghai time.

Previous trades in the $300-range were recorded last week. Last week’s $300-plus trading in ETH was then followed by a sharp sell-off before another rebound.

Also on May 31, Coinspeaker obtained private photos from traders around the world detailing the latest trading activity ahead of the currency’s mainland China debut. The most rampant price action was spotted in Korea again on local exchange Coinone. 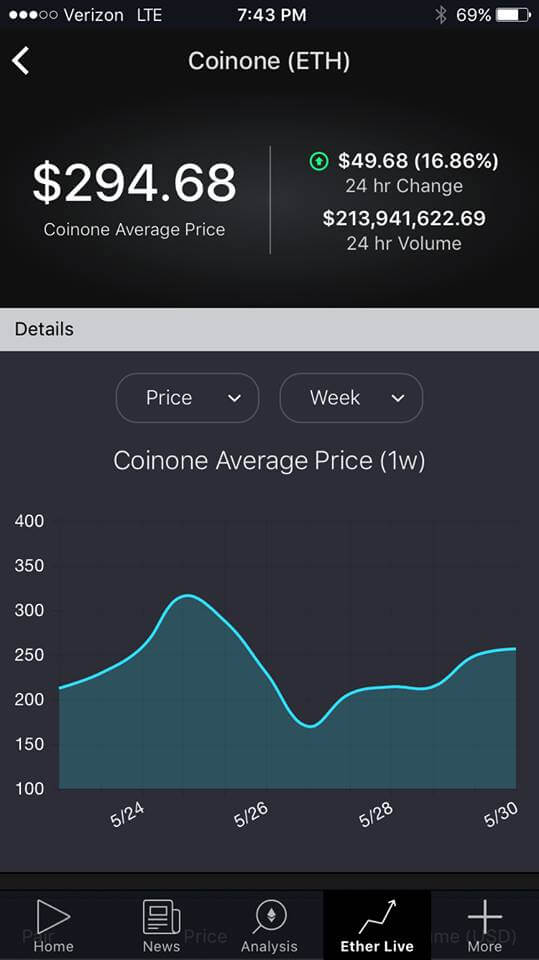 Korea has undergone a frenzy of digital currency trading recently.

Just last week, Korean exchanges were making a market in Bitcoin at its highest-ever level, $4600. Some speculate that it is exactly this rally recently in BTC that is causing the current buying fever in ETH.

“The price [of ETH] has been going up, with BTC going down because BTC specualtors have been cashing in BTC for ETH just to make a quick killing on the Chinese thing,” noted long-term ETH Holder Chris Barnet in a forum for digital currency trading professionals. Evidence for the apparent switching between BTC-ETH is also born out in the recent reversal of the Vitalik Premium.

Other investors differed with the consensus opinion of the BTC-ETH switch trade being responsible for the current Ethereum momentum trading patterns.

“People are not selling a lot of BTC to get ETH, mostly selling other coins, Ripple Market cap went down considerably, and I just sold my LTC and ETC to get ETH,” wrote trader Alfredo Resendiz in the same investment forum as Barnet posted comments about the BTC-ETH switch trade.

Elsewhere in Asia, exchanges were making prices in Ethereum around the $240-$280 mark. Thai exchanges in particular were active throughout the night according to those watching the live trading events. 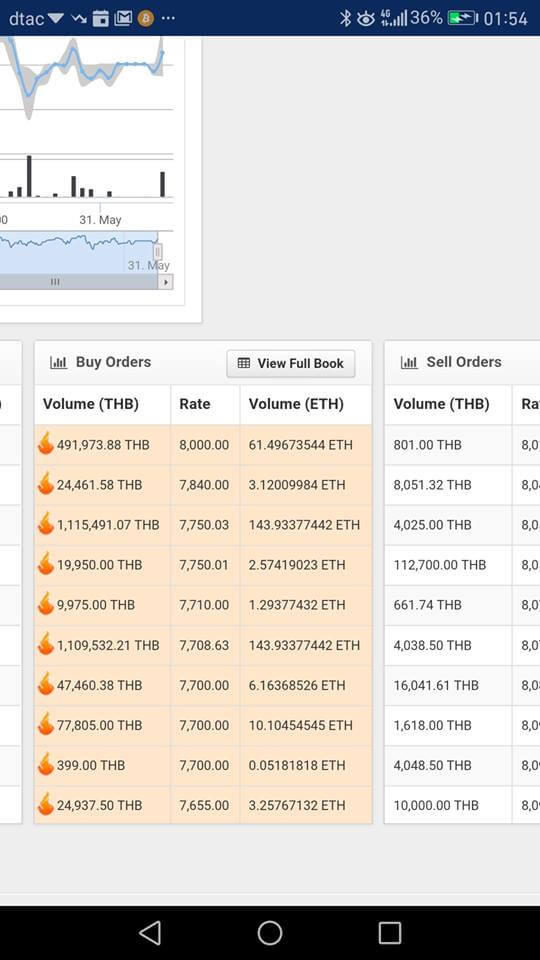 Traders are positioning themselves for a jump in the price of Ethereum as the virtual currency, which has leaped over 2000% in 2017, prepares to go live in mainland China for the first time in history at 12pm China local time.

Elsewhere across Asia and the world Ethereum showed strong signs of opening up the China trading session well above the $250-mark. 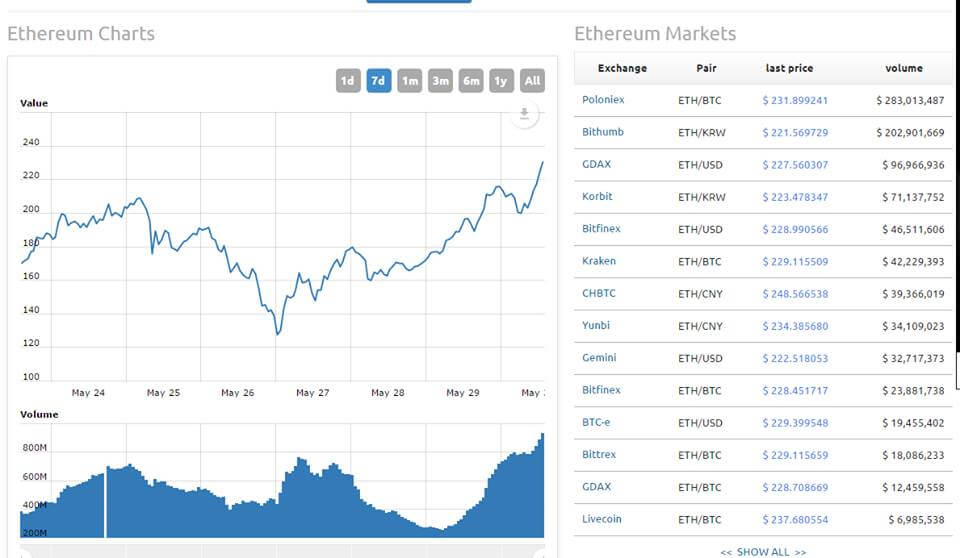 “So what should I set my price alerts for tonight? ……$500?” wrote investor Joe Ayers on the Facebook Ethereum message board, in response to the discussion on potential price levels throughout the day.

Others were more sanguine, however. Ryan Dre Bach wrote: “Suggest cashing out here at $212 and buying after the correction. (Now looks to be on the way to $250 since it broke the last high, but I have no doubt we’ll see the $100’s again) Good luck to all.”