In total, the chips will have 16,000 SHA256 cores; the total mining speed is 487.5 gigahashes per second. Considering current network difficulty and the price of a new Mineberg BTC Immersion Chassis, you can get huge profits from this device.

A day earlier BitWare Group announced an equipment pre-order campaign. In one day they recorded more than 30 subscriptions. Six major international system integrator companies are among the applicants.

“When we started analyzing the formats for our latest developments distribution, we were aware that its appearance in the market will cause a certain stir. We have already accepted orders for several delivery batches. Despite such popularity, all orders will be processed on time. I am confident that the most advanced equipment for mining will not leave any of BitWare Group’s old partners indifferent and will attract new customers.”

The 130 TH/s Bitcoin miner is a hermetic immersion case that has a standard of a 19-inch server form factor. It contains a motherboard that allows connecting from 8 to 12 Mineberg mining hashing boards, an FPGA controller module, two holders for server power supplies and a vapor condenser.

The first batch of chips release will be in December 2018. In January 2019, investors and users will receive ready-made equipment. The new Mineberg BTC Immersion Chassis is the best value for your money on the market, which allows you to achieve large amounts of cryptocurrency from mining in a short time and therefore to quickly pay back the invested funds.

In March 2019, the first computing center for bitcoin mining with a 20 MWh capacity or 500 Petahashes per second is going to be launched. The computing center equipment will be based on Bitware BTC ASIC and a two-phase immersion cooling system. The implemented chip is based on the innovative TSMC 7nm Fin Field-Effect Transformer (FinFET) technology and will significantly permit equipment hashing power incensement and reduce power consumption.

Compared to the 10-nm FinFET process, 7nm FinFET has a 1.6-fold logical density, a speed improvement by 20% and a 40% power consumption reduction. Immediately after the computing center construction starts, it is planned to begin the deliveries of Mineberg mining servers with a hashing power of 130 terahashes per second and a 5,400 watts of power consumption.

BitWare Group has developed an innovative two-phase immersion cooling system for the computational modules, which allows to ensure high operating system parameters – maximum chip temperature not exceeding 60°С at a 48°С coolant temperature in boiling phase, which allows to operate the equipment at its maximum capacities on various types own produced liquids.

The resulting breakthrough immersion liquid cooling system solutions allow, within a single computing cabinet with a 47U  height, to place 6 Mineberg new generation servers with a 780 Terahashes total hashing power or nine servers with a 300 Tflops in total. The new generation liquid cooling system power reserve provides effective cooling for the entire equipment complex and leads to substantial reduction of capital and operating expenditures.

With this approach to cooling, and overclocking, it is possible to increase equipment productivity by 1.5 times, with an increase in energy consumption by 1.6 times in comparison with the “air approach”.

The unique solutions manufacturer and supplier is BitWare Group, a high-tech company with Israeli roots headquartered in London. Its main business area is the industrial technologies developments for bitcoin mining based on own new generation 7 nm ASIC microcircuits. Today Bitware Group includes 4 industrial laboratories and a 45 engineering staff people.

Bitware Group is the official partner of Taiwan’s largest aggregator of ULIM manufacturing services. They have signed a work agreement with TSMC factory (Taiwan) and with the leading factories for the automatic printed circuit boards and equipment productions in South Korea.

The team geography is extensive: the main group of engineers is concentrated in Israel; also, there are specialists in Belgium, Russia and Kazakhstan. BitWare Group’s chief executive officer, Brent Beeman, comes from the USA. He previously worked as CFO at JP Morgan. The ideological founder and company’s technical leader is Nikita Dubrovin (CTO).

For already, almost five years had been engaged in the engineering blockchain technologies development solutions. The Chief Engineer of ASIC development is Eli Geva, the head of the main laboratory for ASIC-devices research and development and semiconductor production, located in Netanya, Israel. Over the long years of their work, Eli Geva’s team has created more than 100 ASIC-devices for numerous applications. 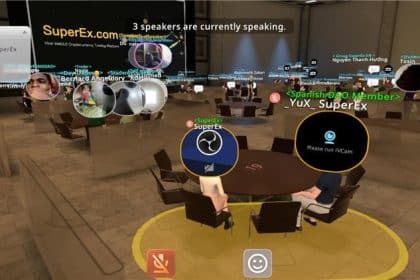