90% of the Project Developers are ‘The Elephant in the Dark’

Web3.0 will require project organizers to have higher tests.

It’s hard for project organizers to distinguish whether their users are loyal,deal-hunter or bot.

Misjudgement can allow machine programs or deal-hunter to take away incentives from loyal members of the community, which can lead to the loss of core users, community dysfunction, management invalid, and ultimately the failure of the whole project.

It would be challenging to rely on the interaction data in the blockchain to discriminate the real user behind each wallet address, thus resolving identity and profile issues for Web3 users . For project organizers, there is a huge amount of data to deal with in order to fully identify users. This undoubtedly increases the cost of governance and is an obstacle to implementation.

The key to opening the current unfavorable situation is to create an independent third -party Decentralized ID system (DID). It serves as a convenient and flexible identification device for providing incentives in the Web3 community, enabling quick and efficient resolution of community issues and enhancing the efficiency of governance for managers.

The white list is a way for the project developers to attract collectors. Community members can participate in campaign activities by PoW (proof of work) , to obtain the reward of the white list. But over the past year, there has probably been a common feeling among Web3 power users that the NFT whitelist competition has become more and more involuted and difficult to obtain, with the vast majority eventually going to “scientists” (bots).

In the early stage, the project organizer awarded players whitelist based on the Rank feature in Discord. Basically, the more often players chatted in the community, the higher their rank and the greater the probability of getting whitelists. But this approach quickly gave the “scientists” an opportunity, and answer of many discord bots was quite irrelevant. This makes it impossible for ordinary players to deal with it, and also allows the whitelist to be easily obtained by the”deal-hunter”.

Therefore, NFT organizers have upgraded the gameplay to try to find fairness through a new way of issuing whitelists. For example, MekaVerse adopted a lottery with recording wallet addresses. It is thought that it could reduce the competition of players, but in fact, many players began to register wallet addresses in batch in order to improve the probability of winning the prize. Meka verse’s official website could have 4.6 million times visits one day at its high time.

Then, some NFTs have started to use activity and artistic creation (singing, dancing, drawing etc.) as criteria to be examined, which is the main approach used by many NFT project developers today. This approach may seem fair, but actually it has been involuted to the extreme. After all, not every player has enough time and energy to stay active for a long time. Moreover, the high barriers for art creation deprives many ordinary players of the opportunity. Ultimately, the increasingly competitive NFT community has bred businesses such as proxy chatting, proxy invites, proxy creations and more to obtain whitelists, forming a whole industry chain and even starting to sell whitelist shares in public.

Ostensibly, every NFT is booming. But in reality, this state of involution can lead to the loss of both the project organizers and the loyal users.

The original purpose of the whitelist was to encourage early supporters and exceptional contributors to the project. However, with intensified involution and the formation of the whitelist supply chain, its original intent no longer exists. Only consistently active bots and ‘proxy creators’ who can others do every business can get the reward.The real core users are invisibly eliminated by the community. In this model, the only winners are the “scientists”.

As a result, the majority of NFT projects are vigorous in the initial stage. Once the whitelist is issued, they will be deserted , and eventually no one will be interested and they will be eliminated from the market and will die.

In the huge NFT market , hundreds of projects are released every day, but only a few of them can really survive. For NFT owners, the original purpose of the whitelist is to incentivise and retain real early supporters (loyal users) so that they can survive.

NFT needs to start from the community and rely on community to develop. As a project owner,if you don’t identify your users clearly and take effective measures to solve problems, you won’t get very far. It is no exaggeration to say that 90% of project developers have very vague user portraits of their own users. They don’t know which users in this community really need to be caught, and which are the “deal-hunter” who just want to make quick money.

It is because of the unclear positioning that project organisers have to passively adopt complex mechanisms to screen users, which leads to the involution of the whitelist. For the project organisers, it is difficult to screen users if they do not take any measures, which again leads to whitelist share loss. The key to solving the problem is to establis an ID authentication system for users and to solve the problem of Web3 identification.

Anyone who has been deeply experienced Web3 will have sensed that as the web space becomes more open, the division of Web3 identities is no longer limited to the traditional criteria of gender and age. The footprint of user in Web3 is no longer a traditional files, but rather abstract data in the form of wallet addresses. It would be challenging to rely on the interaction data in the blockchain to discriminate the real user behind each wallet address, thus resolving identity and profile issues for Web3 users . For project organizers, there is a huge amount of data to deal with in order to fully identify users. This undoubtedly increases the cost of governance and is an obstacle to implementation.

Therefore, the establishment of a third-party decentralized identity system is particularly important. The Decentralized ID system (DID) of the Web3 community platform MOJOR was created. It serves as a convenient and flexible identification device for providing incentives in the Web3 community, enabling quick and efficient resolution of community issues and enhancing the efficiency of governance for managers.

In the MOJOR community, members can independently build their own decentralized social graph, including community data, relationships, POAPs, personal behavior, etc. Besides, It also allows users to integrate membership information from other platforms, including DeFi and GameFi data, social media information, etc. The user’s DID also becomes more valuable and enrich its social graph due to communication and exchanges in community.

For example, if a project developer wants to issue a whitelist to a user, you can click on his personal details page to see his blockchain data, like when the address was created, how active he is on the chain and how many transactions he has, how many NFTs he has and how rare he is. With a clear understanding of user value, the quality of users in the initial stage of the project can be improved and can prevent the “deal-hunter” from taking over the community share.

The project develop can also use a whitelist bot, which can set relevant parameters to automatically draw prizes and collect addresses. This reduces the workload of community administrators and mods, thus improving the efficiency of community governance.

III. DID is the Future of Identification

In the Web2 world, we are used to logging in to different applications with different usernames and passwords, and used to our browsing history and friend list being controlled by a centralized company server.

But in the Web3, because of the open, transparent and permissionless nature of the blockchain, the ownership of data has returned from the company to the user, and the wallet address has become the only vehicle. But wallet addresses can only meet the needs of functional financial activities. We also need a decentralized ID system (DID) that can showcase the user’s Web3 achievements and build the user’s own identity brand.

As the cryptosphere ecosystem is enriched, Web3 identity will also become an essential underlying public infrastructure module for the cryptosphere. The content and social applications popular in Web2 will be rebuilt based on Web3 in the future.

We can imagine that in the future, users can log in to different social/content/gaming applications through the same Web3 account, and their behaviours can be synchronised to the applications, continuously accumulating identity value. Such an identity application ecology is not available in Web2, and will be a new Web3 native track and a blue ocean. 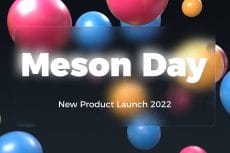 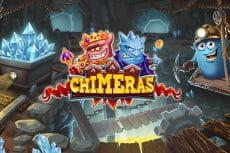 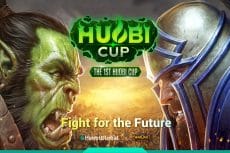